Nikki and Richard – Nik and Trick

Nik and Trick is an analogue photography store in Folkestone, England. The store is located in the Old High Street. 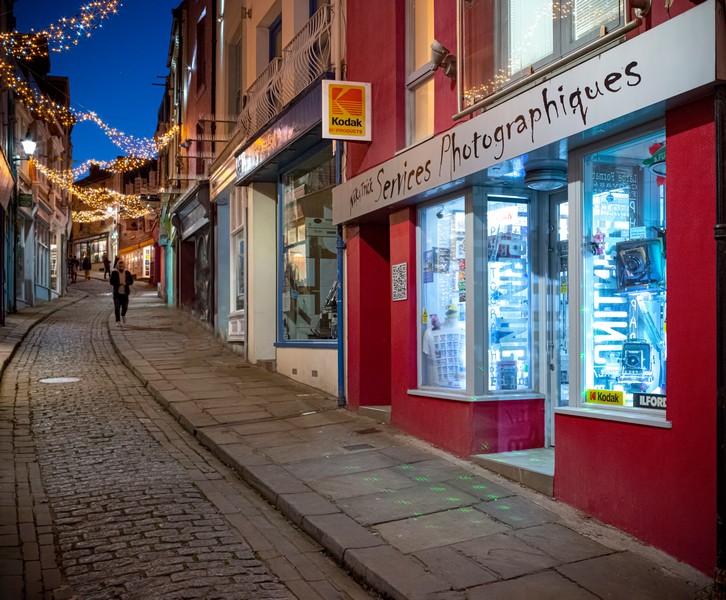 It is early December and I am talking to Richard Taylor and Nikki Coulson from Nik and Trick. Nik and Trick is an analogue photography store in Folkestone, England. The store is located in the Old High Street. Next door is a second-hand vinyl record store and there is a needlework shop, a custom jewellery shop and a Tapas bar just a few doors away.

Richard and Nikki are both in the basement darkroom. Nikki is facing me at the computer screen and Richard talks as he tidies up film reels from this afternoon’s development session. For a moment I imagine Christmas shoppers in the cold hastily walking between shops above their heads.

I am keen to talk to Richard and Nikki for two reasons. The first is that they have created, or perhaps reinvented the corner photography store. I asked Richard exactly how analogue is the store. “we have 3 printers, amongst them is a Fuji printer which is a specialist digital printer and when used with Rauch papers, creates an image that looks amazingly like one made from Cibachrome. (Cibachrome was a process for making prints from colour transparencies. This process was retired in 2011). Everything else is analogue. We have everything from cameras to film, from chemistry to paper. And an active film developing and scanning business”. 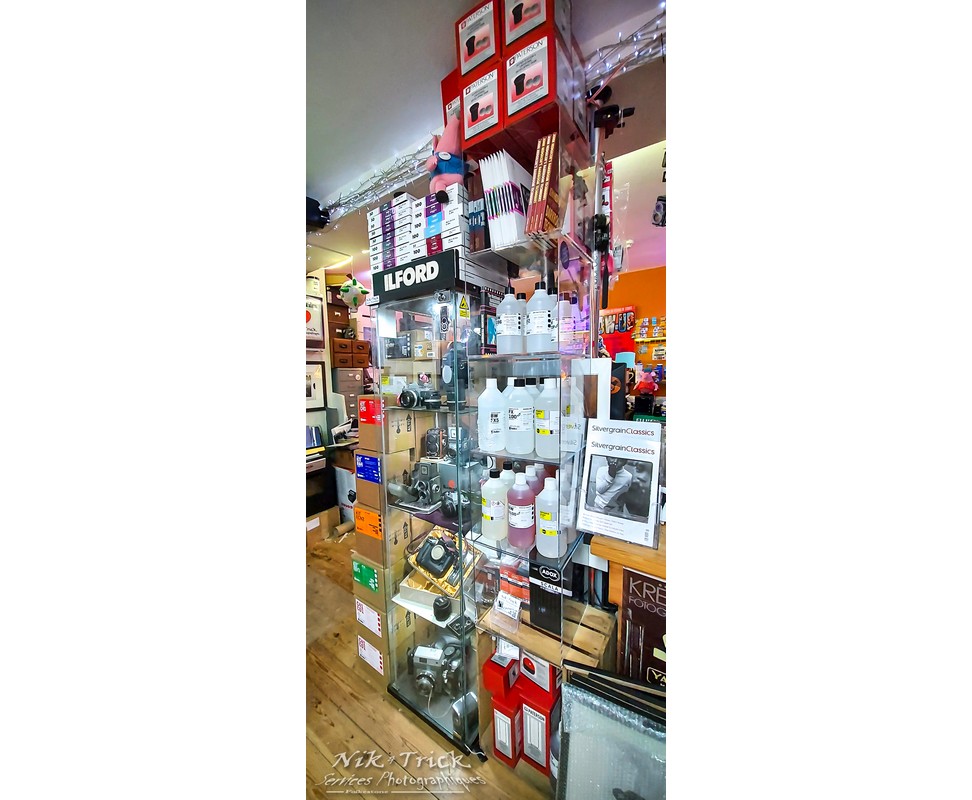 Business is booming at Nik and Trick, and they have just hired another employee bringing the team to three. During the day the phone is constantly ringing with orders and enquiries. Online orders stream in around the clock. People are constantly in the shop. However, Nik and Trick is more than a store by design. There is an active and loyal community. This exists both physically with people asking for advice in the shop and online where customers provide each other with advice.

Today has been a film processing day. Film processing happens three times a week, and they are turning over 3-400 rolls every week.

On the table behind Nikki is a DevA automatic film processing machine. Nik and Trick are the UK agents and have been putting the machine through its paces. This is being used for E6 and ECN2 development. C41 is developed with a Fuji minilab and black and white films are hand processed. 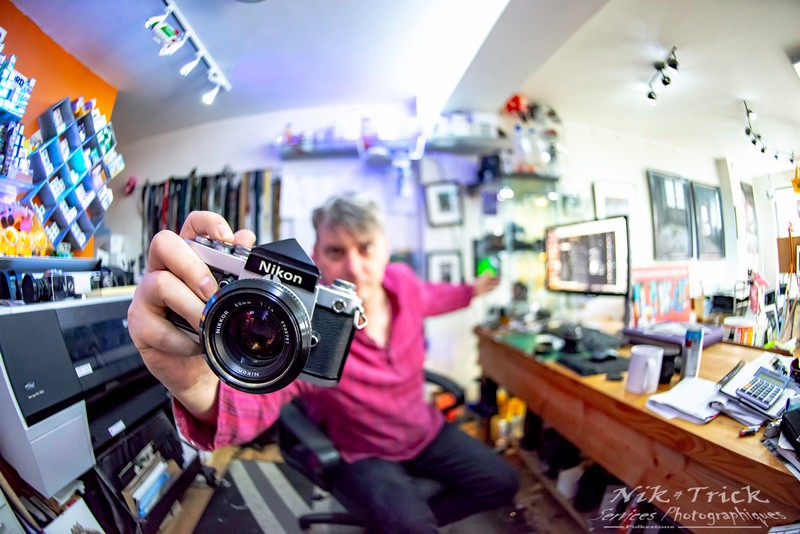 The second reason that I was very interested in talking to Richard and Nikki is that they have been highly influential with a number of manufacturers, and this has been to the benefit of the whole analogue community. “Looking after the whole market looks after everyone”, explains Richard.

For example, they suggested to chemical manufacturer Bellini that they should make an ECN2 1 litre kit, as the 3 litre kit was just too large for home developers. Nik and Trick have been loading 400 foot rolls of Vision 3 into 35mm cartridges since 2004. “It is a beautiful film”, says Richard. “However, we are finding that an increasing number of eBay sellers are respooling this film under the duvet covers. Customers are naturally upset that they are buying film which has been pre-exposed with light leaks”.

Nik and Trick have also worked with Bellini on developing products and reintroducing classic developers from the Ornano back catalogue. UK photographers are now able to purchase Bellini’s RDL Rodinal equivalent developer for example. They have also helped Bellini colour calibrate their C41 developer for rotary processor machines.

You find out more about Nik and Trick at https://ntphotoworks.com/ They are on Instgram at @nikandtrickphotoservices.