Ned Collyer is both a student and a documentary photographer. Unusually though, he is already successfully selling work whilst being in his first year at University.

He started taking photographs using his father’s camera at age 10. Around age 14 he became really interested in photography and knew that he wanted to study it at university. He also studied photography at school, but with the benefit of hindsight isn’t sure that this was the right thing to do. “I’m not sure that the course translated well at that level. It was quite manufactured”, he reflects. “Photography and art in general are subjective, however, to make the course work you have to be quite boxed in”.

During his 6th form college year, he discovered both analogue photography, and the darkroom. For the last three years he has “played around with film”. 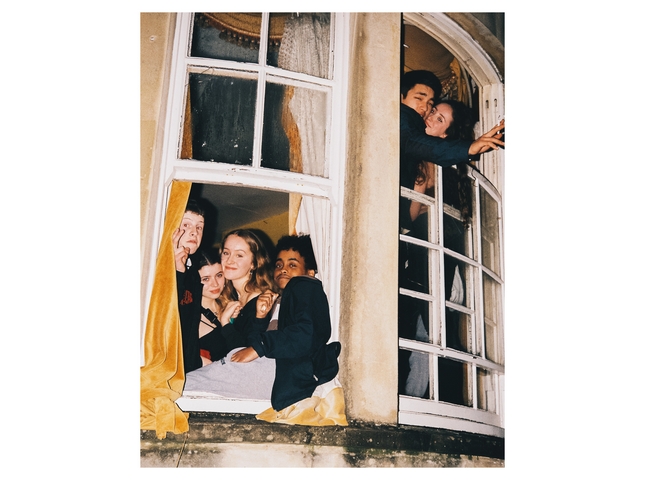 Ned started buying old cameras from second-hand shops and was given an OM10 with a 50mm lens by his Dad. He actually preferred it to the OM2n he used later on. Recently he has been using an OM30 until he lost it by leaving it in a bag at a bus shop, but fortunately he still has the 35mm lens that he bought to go with it. His favourite camera though is the Olympus 35RC rangefinder.

He shoots commercial work in both digital and film. He describes himself as “impatient”, but still finds the moment that he receives scans of negatives as “satisfying”. He likes the way that “analogue images can be overexposed without blowing the highlights out”.

Ned’s most successful image to date was taken at a Black Lives Matter rally in Bristol last June. Ned and his friends went to support the protest. A group of protesters were trying to pull down the statue of slave trader Edward Colston, so they went to join the crowd. After watching for about 10 minutes, the sound of the crowd changed. Ned turned just as it was toppling and snapped the statue falling with his Olympus 35RC. 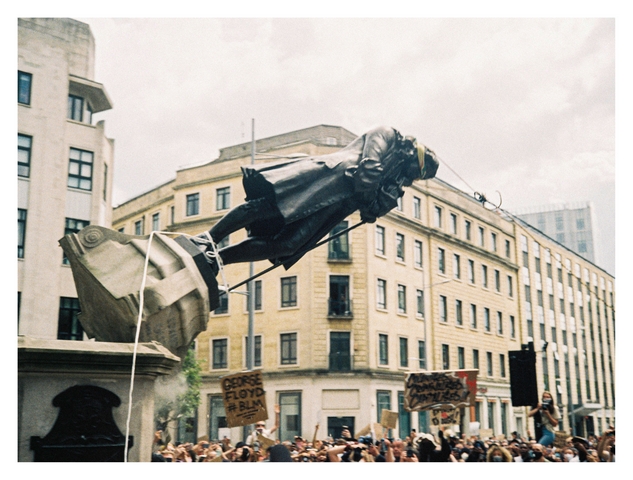 To date he has sold over sixty copies of this image, and the proceeds have been donated to the Black Lives Matter GoFundMe appeal.

Next Ned shows me a framed print taken outside a townhouse in Bristol. It is his “favourite image to date”. The scene depicts young partygoers at the window of a townhouse and could easily be straight out of a Nan Goldin series. He had stepped outside for air, saw the scene develop, and took the image.

Ned’s work consistently captures drama in an everyday Britain, his black and white work is strong, but his colour work seems to leap out of the page. Ned’s has been accurately described “as very skilled in documenting his generation”. 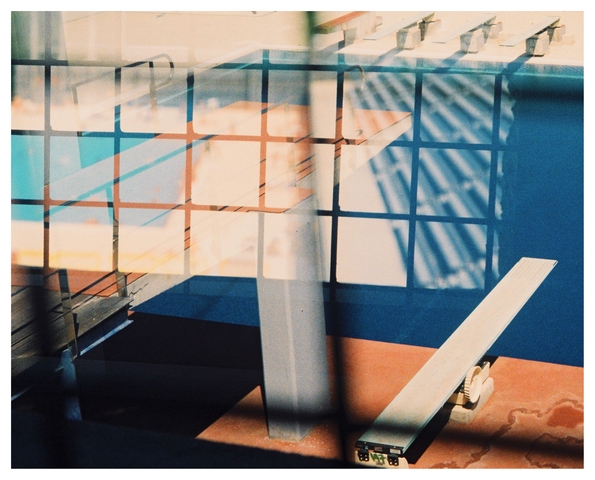 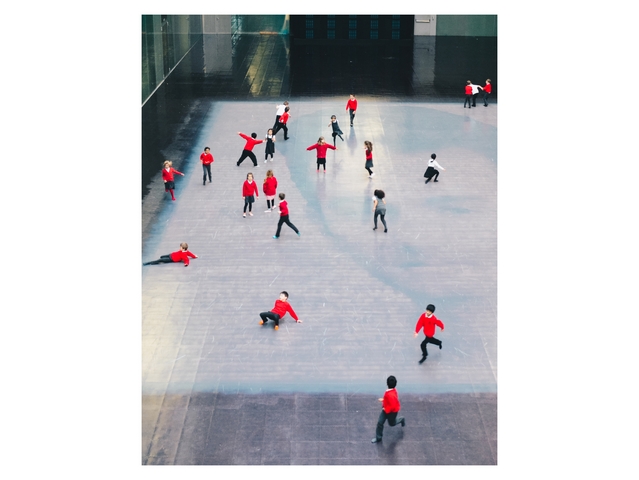 I asked Ned where he sees himself fitting into the world of photography. “My images are loosely documentary but are not straight photojournalism. I think it is important to show people in the context of what is happening, with a strong emphasis on the visual”, he says. “But, then again, I am also interested in fashion and portrait photography. Of course, it is hard to make contacts in a new city when the country is locking down because of Covid”. 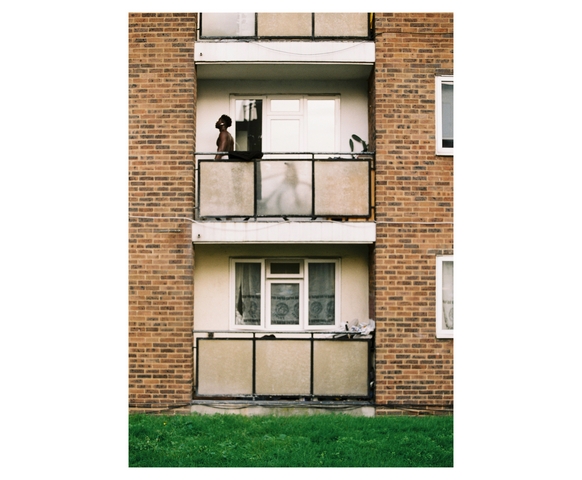