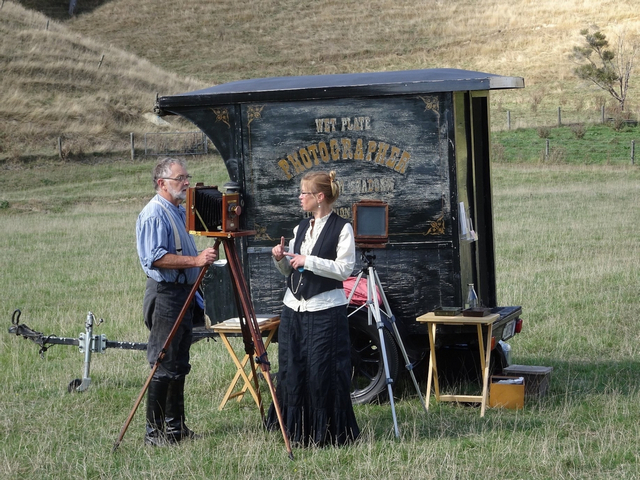 Brian & Jane Scadden at a Boer war re-enactment
Brian Scadden started to seriously collect cameras around 1980. He still recalls his first camera purchase at a gala sale in the early 1960’s. And his parent’s amazement that he would actually want the a little red Kodak Rainbow Hawkeye box camera. Some three hundred cameras later, Brian is still collecting. The majority of his collection came from New Zealand, although a few of the unusual examples and the majority of his stereo cameras were purchased overseas.

Brian’s collecting expanded to ambrotypes, tintypes and daguerreotypes which mostly came from the US and Britain. There are only around a dozen surviving examples of New Zealand daguerreotypes even though 19th Century newspaper records show that there were photographers using the process to make portraits in New Zealand. He wonders if the low survival rate can be partially attributed to the images being discarded so that the cases could be recycled as cigarette cases.

In the mid-70s, Brian was working for the National Film Unit in Wellington. The NFU had a very well equipped laboratory and during downtime between projects, Brian began experimenting with alternative process printing. He bought a book on making ambrotypes from the US, found a small bottle of collodion at Victoria University and began turning his hand to wet plate. The first images were disappointing. Repeated attempts showed the beginnings of an image, but Brian ploughed on even more determined to make the process work.

The lucky break came when Australian photographer Sandy Barrie visited the photography group in Wellington. After his talk, Sandy spent time talking to Brian and offered suggestions on where his chemistry could be changed. Use purer alcohol and make collodion from scratch were the main points. 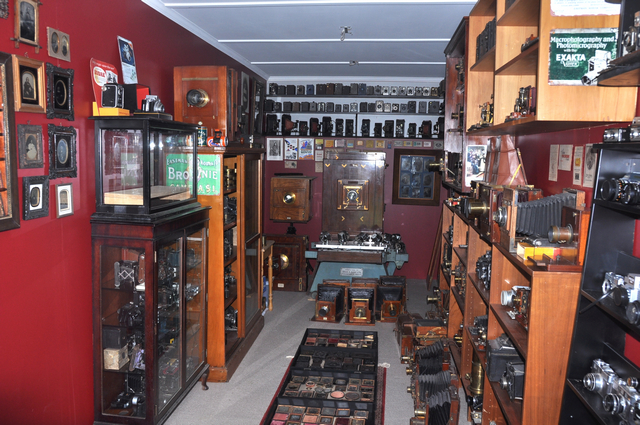 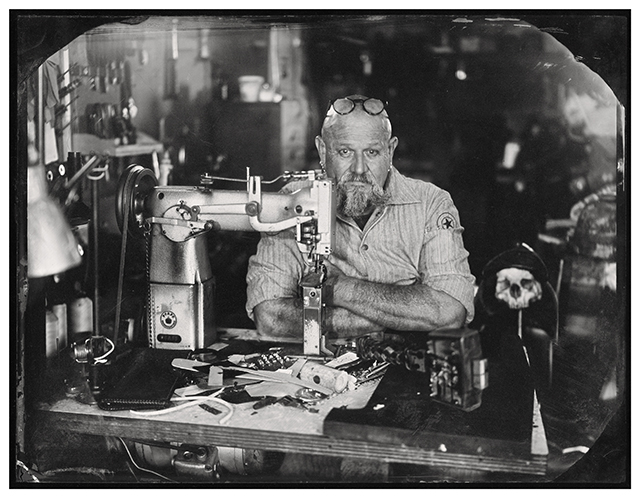 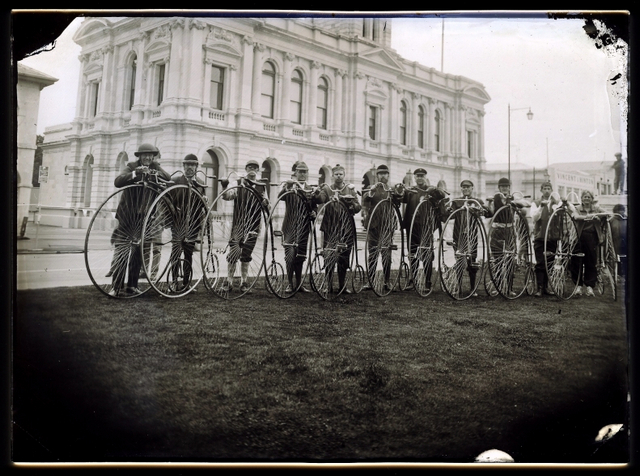 Pennyfarthings in Oamaru
Brian also experimented with developer formulas and has found that there is no difference in the results from a wet plate developer made with chemical grade anhydrous Ferrous Sulfate and a developer made from “Tui moss killer” purchased from the local garden centre! The “Tui” developer is now used by almost all NZ wet-platers.

There was an immediate improvement in the images, and Brian was off. He started making landscapes and to start with these had to be taken within minutes of his house.

Shortly afterwards he was contacted by the Osterman’s, who were able to offer further advice on wet plate formulas. It turned out that the book which Brian had been relying on for his early attempts at wet plate was rather unreliable according to Mark and France Osterman. 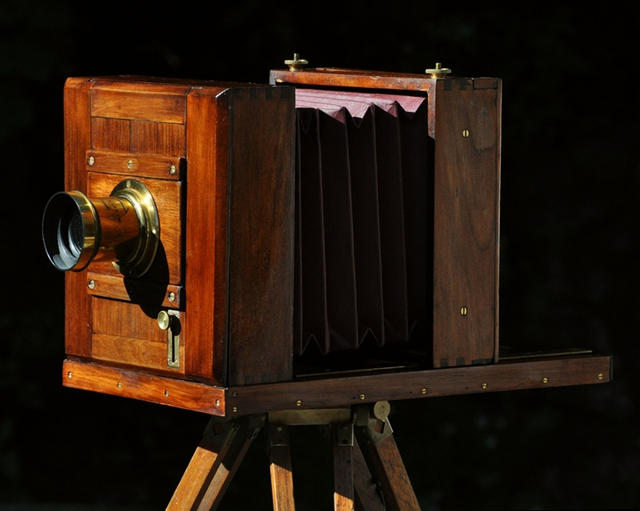 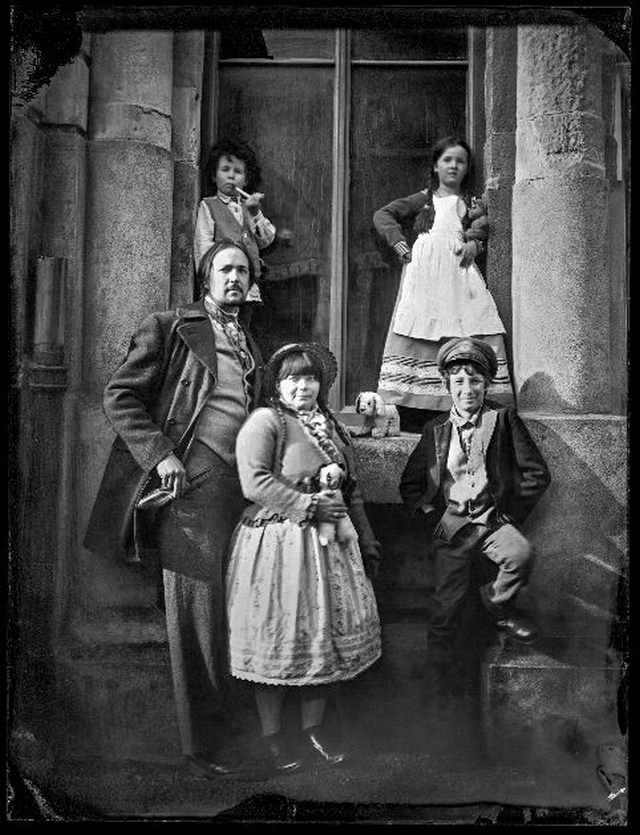 J McKenzie 2008
Then he built a mobile darkroom, in which everything could be folded away into a case which could be placed in the back of the car. He could now make images further away from home. He took his camera to the Victorian festival in Oamaru and began making ½ plate images. This venue has become a regular diary date. He recalls it being “blowy and windy”. So built a “Victorian” darkroom van for the events. I asked Brian how he manages to temperature control his chemistry. “Everything is placed in a chilly (cool) bin. In summer it has ice packs and in winter a hottie (hot water bottle)”.

He travelled to the US in 2006 with a self-built ½ plate camera. The plate holder was made in the English style where the darkslide is hinged and folds down over the camera when it is retracted. This stops the darkslide acting like a sail in the wind. He met up with American wet-plater friend Will Dunniway and drove to a native Indian reservation at Union Pass Wyoming where they made a series of images recording historic native American costumes.

It is interesting talking to an active wet plater who has spent so much time thinking about the historical link to what they are doing. Brian points out for example that most personal portraits were made on 1/6 plate for example and that much of the work being made today is oversized in a historical context.

Brian (and his wife Jane) run courses teaching wet plate. They aim to impart both a historical background and the technique of making good plates. Brian points out that there are very few blemishes on historical plates, and that the current plates with oysters and veiling are historically inaccurate. They both laugh, and tell me about a recent student who was so upset that her plates were coming out perfectly that she made artefacts around the edges with cotton wool! 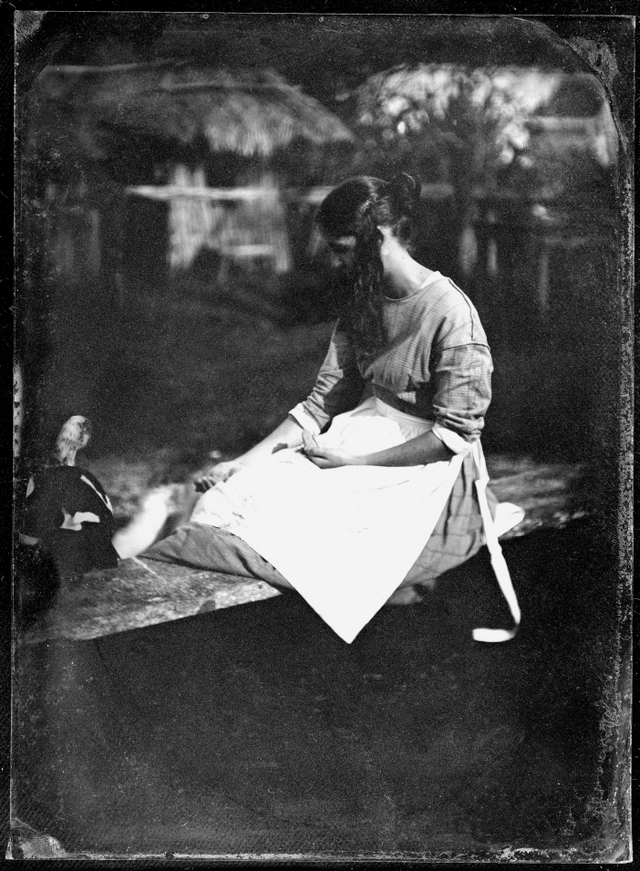