“I always knew when I was in the zone because I could feel my skin tingling, butterflies in my tummy and my heart beating rapidly  it was euphoric” says Dubai based photographer Susan Karouth. 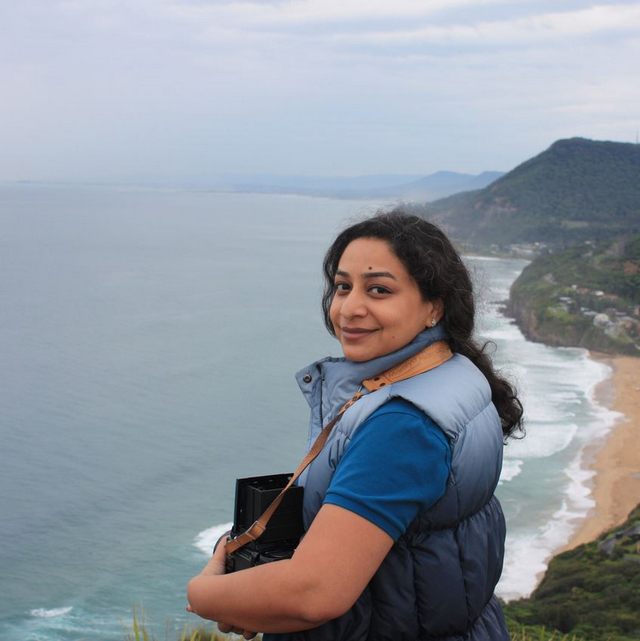 “I am a photographer, writer, artist, traveller, calligrapher and baker”

reads the introduction to Susan Koruth’s blog. I wonder if it is telling that she has omitted to mention her highly successful corporate existence?

Susan’s introduction to analogue photography began by accidentally finding a video of someone taking a Polaroid image using a Mamiya RB67 on Vimeo. She had never browsed anything to do with photography before, but this single clip triggered something in her. “You just have to get one of these” she convinced herself.

She was living in Qatar at the time and bought a mint Mamiya RB67 with a wide-angle lens and a film and a Polaroid back for US$290 from eBay.

A few weeks later she took an introduction to photography course onto the back of a business trip to Dubai. Everyone else on the Gulf Photo Plus course was there to learn how to use a new digital camera. “One thing which makes the beginning of my journey funny, is that I went for the photography course with no photography experience before the Mamiya arrived. It was quite hilarious, and a bit ridiculous, to be earnestly thinking about how to apply photography and digital principles to a mechanical camera I had never seen before”!

It was mid-summer, super hot and dusty outside and her eyes still light up with excitement as she recalls how she felt when a collection of cardboard boxes finally arrived from Japan.

The first image she made turned out perfectly, by sheer chance. It was a still life featuring a flower arrangement made by her mother together with a large brass elephant that she had brought back from India. It was shot on Polaroid peel-apart film, and she describes the feeling of seeing her first image appear as “amazing”. 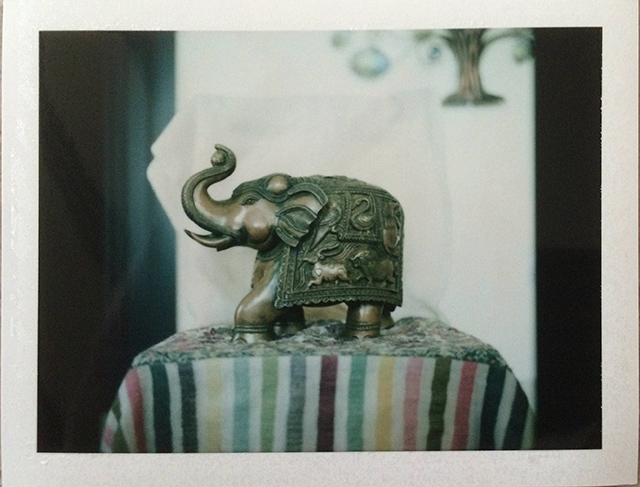 Susan’s first image on the RB67. Image on Polaroid. 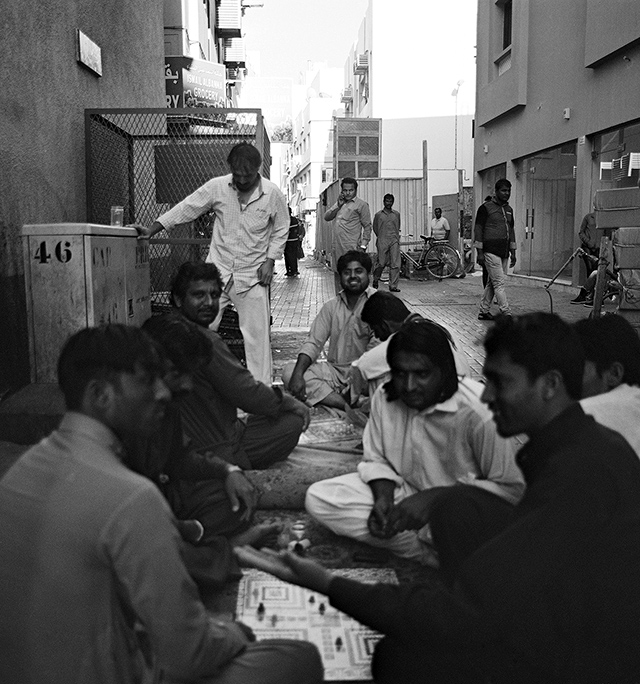 “May the best man win” – from an Eric Kim photowalk in Dubai.

A light meter arrived, and she struggled to work out how to use it. Hours spent reading internet forums to understand the RB made things worse. Answers were over-simplistic or assumed a level of knowledge that she didn’t have. She stopped reading the forums because it was “making her feel very anxious”.

The next big jump was returning to Dubai to go on a Street Photography course lead by Eric Kim. Eric took the time to show her how to take images with the RB67. Dubai based photographer Bernhard Sperling was assisting and he relaxed her by being perfectly happy to walk at a slower pace than the rest of the course.

“These pictures are still some of my all-time favourites” Susan explains. “These images showed me my eye. You see something and it is very instinctive clicking the camera. Taking a picture is very different to seeing one. It made me feel, Oh, wow, I can take photographs”. “They are my favourites because I did something that I don’t normally do. I saw potential in myself”.

After the course, she rang her Dad. “I have bought a camera. It is a Mamiya”. “You have bought a Mamiya?!” came the astonished reply. “I didn’t know my Dad loved photography”. This conversation became the cornerstone to a huge change in their relationship. This was the first time they moved from a father/daughter dialogue to a conversation where they were much more equal. Susan describes it as  an apprentice talking to the master. She began sending him images, and he would provide insights. “He always understood what I was seeing, and he never made it about what he was seeing”. Susan has tears in her eyes. Her father passed away during lockdown, and talking about him is both happy and sad. “I loved discussing my pictures with him. It was really cool hearing what he thought”, she reminisces.

She carried on shooting with the Mamiya, using mostly Velvia. Typically she would leave the house at 5 am and not return until 2 in the afternoon. Water, boats and Qatari landscapes were her regular subjects. The best pictures came out when she was in ‘the zone’, a perfectly still space where it felt like meditation. “I always knew when I was in the zone because I could feel my skin tingling, butterflies in my tummy and my heart beating rapidly  it was euphoric”. Dhows on the Doha waterfront 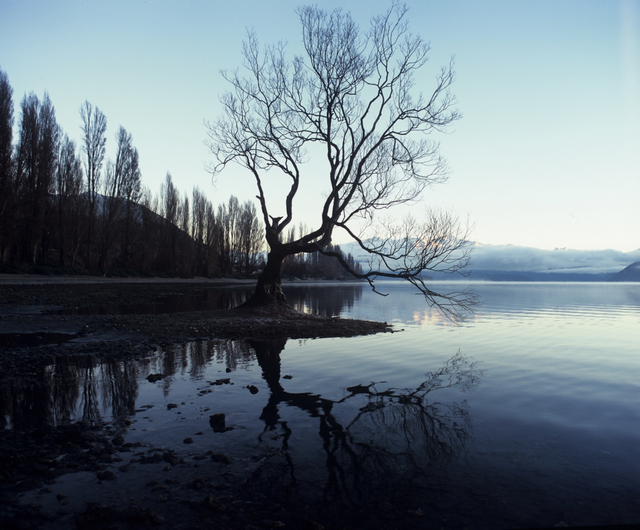 She started submitting images for critique, but “didn’t know what to do with the critique”. She kept asking “Can you tell me what my style is”? Often, the advice would be “go and look at this famous photographer, or that famous photographer”. “I just couldn’t connect the relationship between the famous photographer’s styles to my own style. I wasn’t asking who my style is like”…She turned instinctively to artists she has loved her whole life, subconsciously absorbing their meaning and philosophies “they began to give me a sense of connection and likeness and I began to feel more confident and more curious”

“I kept taking pictures. Mostly landscapes, both urban and country. I am never in the scene, never close to it. I need to have that distance”.

She enrolled on a course on food photography. “Everyone made the same type of images and I couldn’t, it wasn’t me. I didn’t like how I felt when I came out of that course”.

Next Susan enrolled herself on a studio portraiture course. Her favourite image is a self-portrait where she holds a roll of paper that creates a shadow of a mask. She had another attendee hold the strobe, and made an image that she describes as “about me”. Her website has a Kate Chopin quote that she found later, but which describes how she feels about this image “She was becoming herself and daily, casting aside that fictitious self which we assume like a garment with which to appear before the world”. “I feel that when I hold my camera – especially the RB – that I am most like myself, and so in discovering photography, I am discovering myself”

After ten years working in a corporate role, Susan describes photography as the thing “which re-awoke a part of me that had laid dormant for ten years”. I asked her about her current photography, after all 2020 has been an unsettling year for us all. “Where am I? I’m a bit stuck. Last year I photographed Iceland, attended a Magnum course in Hong Kong (the subject of another article), and took more images in India. I’ve hardly taken any photographs since last November. I’m still thinking, now what”? 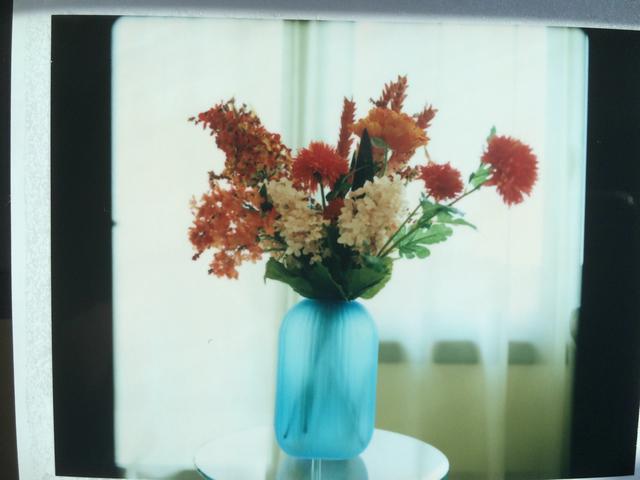 Famous photographers find it easy to be written about. Yet, we have found that many emerging and amateur photographers have interesting backstories too. Friday focus seeks to bring the backstory to the real world of photography.