We talk to Mohammed Kamal who is co-founder of Analog the Room in Dubai. 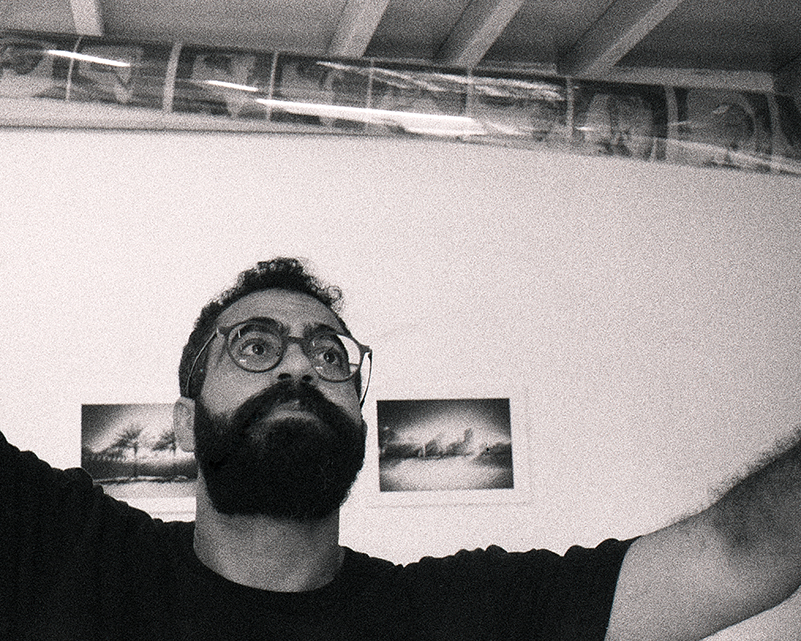 Egyptian photographer and part owner of Dubai’s analogue space “Analog the Room” Mohammed Kamal’s first analogue love was vinyl records. His first introduction to analogue film photography came about when his ex-wife suggested it as a birthday present. “My first reaction was to tell her to slow down. That was a really expensive present”.

“A lot of my friends make great work and post it online. I have friends in Cairo, North Africa, Jordan, Tunisia and Morocco. And of course, there is great talent here in the United Arab Emirates as well”.

“I do not really see myself as a photographer”, says Kamal. (Having seen his work, this is a completely unjustified claim). 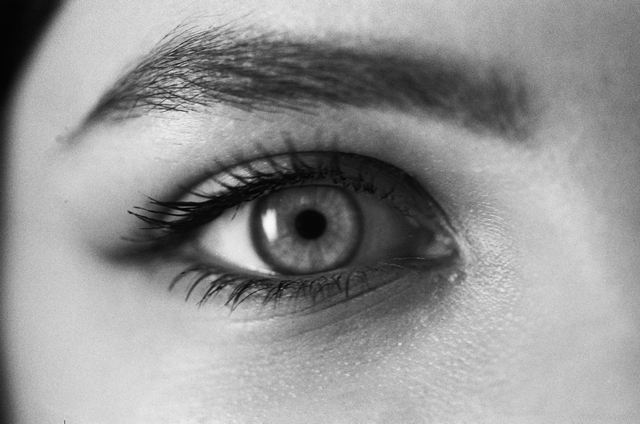 “My partner Frank Dautant started following me on Instagram. He posted that he was coming to Dubai with a huge package of film. I reached out to him, we had a four-hour talk over multiple cups of coffee, and before we had parted, we had decided to work together”.

“Our first collaboration was at one of the GPP Market Days. (These are community buy and sell events organised by Dubai-based GPP). We decided that we would sell cameras. Before the market had finished, we had sold out of cameras”. 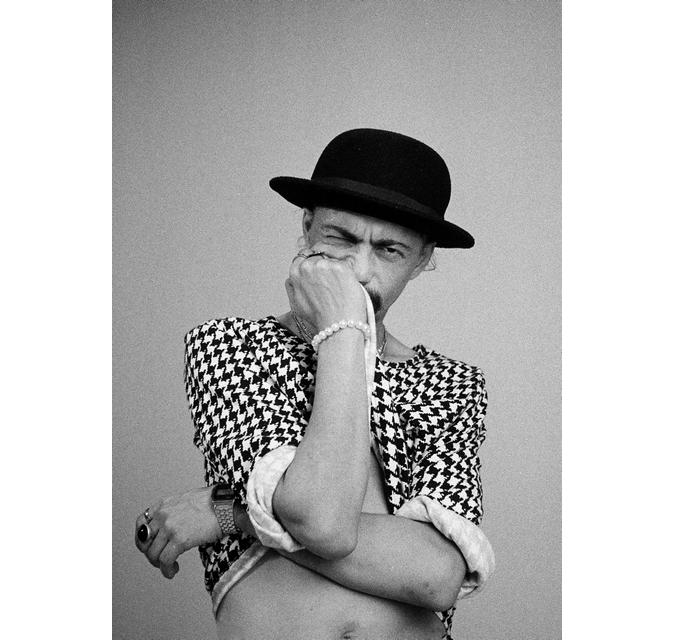 “We started looking for other markets. We started with a regular stall at the RIPE market in Dubai. We met a lot of people doing this, and many are still our most loyal customers.”

“I found ‘Digg It’ on social media”. ‘Digg It’ is a popular funky upcycled clothing store in a city that bucks Dubai’s retail proposition that everything must be the newest and latest. “I thought this looks really cool. So we agreed to share sales space with the Digg It team. The downside was that we lost the exposure that the market provided. But the upside was that both Analog the Room and Digg It enjoyed fantastic cross exposure”. 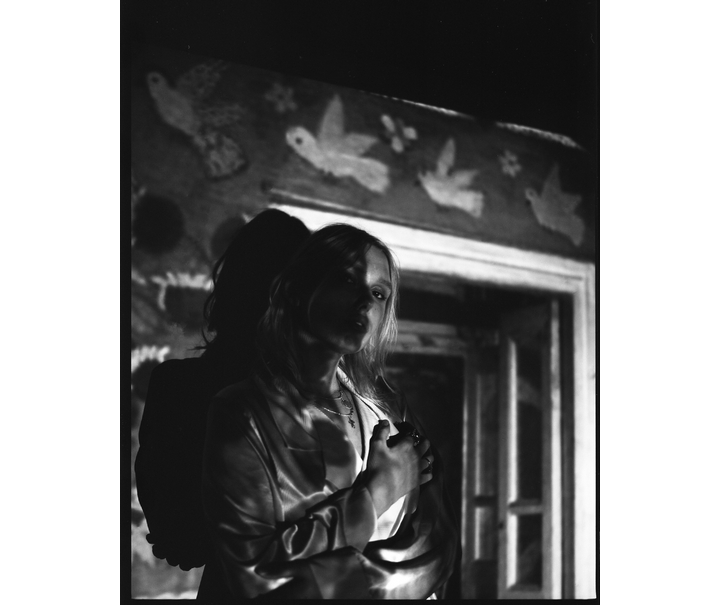 “We found our current retail space with the help of Mohammed at BHM Stores. He called us to say that the tailor shop across from their photograph shop was coming available”. I should explain that until a few years ago the Dubai district of Al Quoz was made of rows of cheap and very tatty light industrial units. Today this area is undergoing a revival, and while there is still plenty of low-cost light industry, the area is seeing an increasing collection of interesting businesses.

I pull Kamal back to our earlier conversation about his first analogue camera. “It was a Minolta X700. If I had to categorise myself, I am a street photographer. I mostly shoot when I travel. I am too used to the surroundings here in Dubai”. 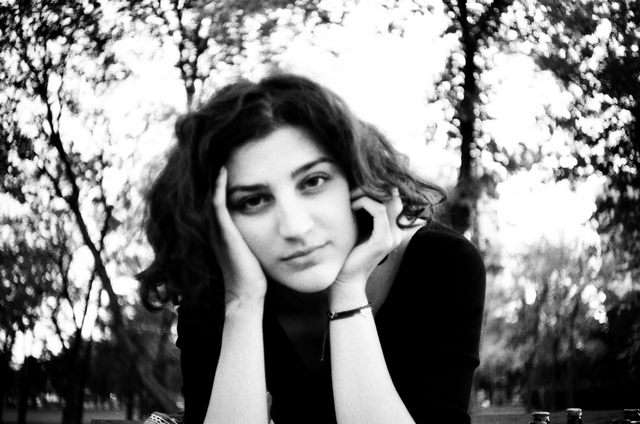 “I love experimental photography. I love double exposures. And using expired film is even better. I mostly shoot on point-and-shoot cameras. Lately, I have been using either a Minox 35GT or a Balda CE35 camera.

Frank introduced me to large-format photography. “I want to make a series of multiple exposure portraits of people listening to music. I want to control the shutter so that it opens in rhythm to the beat. I can see it capturing new Arabic hip-hop in photographs”. 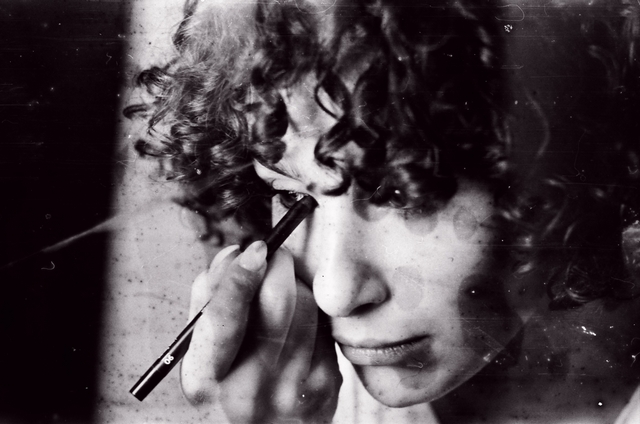 I asked Kamal about his favourite work to date. “When I was travelling in Kyrgyzstan I found Ivan’s Camera Repairs. Ivan was selling hand-rolled Russian surveillance film. A few days later I came back and developed the film in his store. He gave you the chemistry and a tank and you developed the film yourself. The results were good, even if I say so myself. It was quite contrasty, and I like that. I asked Ivan for more film, and I bought the last three rolls that he had in stock. It turned out that the factory that made the film had closed the day before”.

“I took my remaining rolls of this film to Belgrade, Serbia. When I got back to Dubai, I gave it to Frank for processing. He put the cassette into a tank and handed this back to me. I tried loading it into the spiral but it was so tightly curled that I could not load it. The film stayed in the developing bag for a couple of days. I repeatedly tried loading it. By the time I finally loaded it into a spiral and developed it, the film surface was covered in fingerprints. The results are my favourite photographs I have ever made. The Sharjah Art Foundation sells prints from this film today”.

You can find Mohammed Kamal on Instagram at @analogtheroom

You might also be interested in this previous SilvergrainClassics article on Mohammed Kamal’s business partner Frank Dautant at https://silvergrainclassics.com/en/2022/12/frank-dautant-on-photography-and-running-an-analog-space-in-dubai/