Many of us have been asking ourselves who will bring the next film camera to market. First Leica and now Pentax. 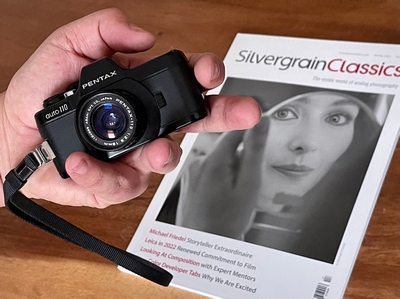 A New Pentax Film Camera? Is Recent History Already Repeating Itself? After the rebirth of the Leica M6, many of us have been asking ourselves who will bring the next film camera onto the market. We didn’t have to wait long — not even two months later, the next contender is already in the media starting blocks. It is none other than the time-honored brand Pentax, famous for the Pentax K bayonet and iconic cameras like the Pentax LX, a professional SLR.
The new Pentax film camera announcement video is a bit like a scene from a Hollywood movie; an unassuming Japanese man in a peaked cap, introduced as Takeo Suzuki, sits in a dimly lit office and speaks of his vision for a new analog camera from Pentax. (Far from being a lowly employee, this is actually a leading Pentax designer.) He is aware of the current state of the film photography community and describes in detail the increasing demand for films and cameras that can hardly be satisfied with current production. According to Mr. Suzuki, Pentax has taken out old documents and consulted retired employees to bring in their expertise for the first stages of this new project. He goes on to describe the difficult situation in the current raw material market, and the imminent loss of knowledge in film-based technologies.
So, at the mid-point in this video, we all already divining that we will not be talking about a new edition of the sophisticated Pentax LX. Mr. Suzuki is direct in describing hurdles that will need to be cleared: old knowledge must be collected, secured, and passed on to new workers in order to create the basis for a simple compact camera that will be the first step on the long way to a high-quality SLR. Obviously, Pentax is also aware that cost structure plays a role, and here, too, Suzuki raises an important point. A high-quality compact camera, if brought onto the market, will find many eager buyers among young film shooters.
It’s difficult to get subtle inflections out of Japanese subtitles, but to me it sounds like the new Pentax film camera is not something that’s imminent. My guess would be this: Ricoh/Pentax employees have thought about what it would mean to bring an analog camera that meets the current needs onto the market, and have analyzed possible challenges and benefits.

Mr. Suzuki does then make a clear statement towards the end of the video that this is an exciting challenge and worth pursuing, but that we cannot expect a product in the near future. It may be that is influenced by the well-known Japanese culture of understatement and that one does not want to promise too much although one is already very confident. However, I would like to point out that Pentax as a brand is known not only for good quality products but also for its “Unbearable Slowness of Being,” as with its introduction of AF technology in the ‘80s, and with digital technology. Mr. Suzuki is also at pains to point out that they are in no way thinking of abandoning digital technology.

The one thing we can say for sure after seeing this video is that film photography is alive and well, inspiring the visions of the players on the market. Film offers new possibilities for a photo industry that has placed all bets on ever-increasing technological sophistication and is in danger of losing the true core of photography in the labyrinth of digital imaging and artificial intelligence. Camera companies now have the chance to provide tools for photographers that will support hands-on, real-world creativity, the creativity that defines us as humans. 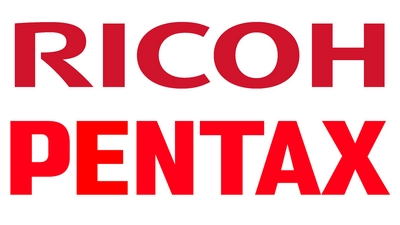 You can find an index to the entire collection of SilvergrainClassics magazines here https://silvergrainclassics.com/en/magazine/index-of-articles/
To change your privacy setting, e.g. granting or withdrawing consent, click here: Settings