The Last Roll of APS

We bought a block of ten rolls”, Frank (one of the owners of Dubai’s Analog The Room) told me. “We have had three rolls back for processing and the quality is pretty good for a film that expired ten years ago”. 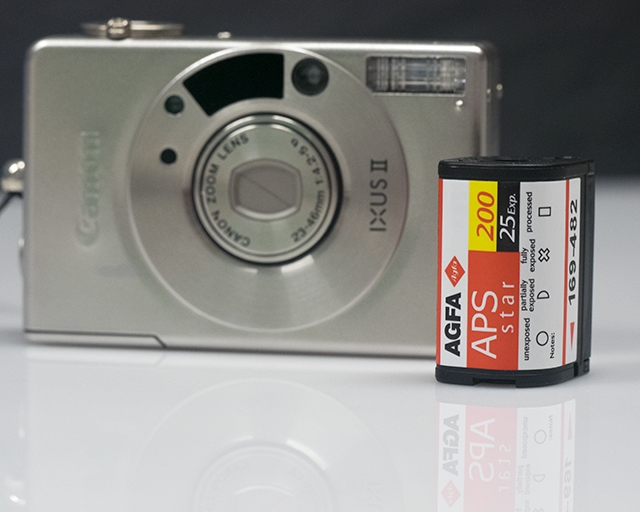 This story began by chance. Twelve weeks ago I was in Dubai’s “Analog the Room”, a funky analog photography space. They sell refurbished cameras, and film, and run courses and exhibitions. I noticed a lone roll of APS film in the fridge. “We bought a block of ten rolls”, Frank (one of the owners) told me. “We have had three rolls back for processing and the quality is pretty good for a film that expired ten years ago”.

Cameras are funny things. We form an attachment to them in a different way than we do to most consumer electronics. We either love them, or hate them, but are rarely ambivalent about them. Perhaps this is because as we use them to record what happens in our lives, they become part of the journey?

I bought this camera in 1999 from Jerry, the Captain who did most of my training as I proudly graduated from being a First Officer to Captain. Jerry was an avid collector of gadgets and had recently bought a first-generation Ixus digital camera. I could see the convenience but was not impressed by the tiny image size that his latest toy offered, so I became the proud owner of the Ixus II for just one-third of its original price. Bargain! 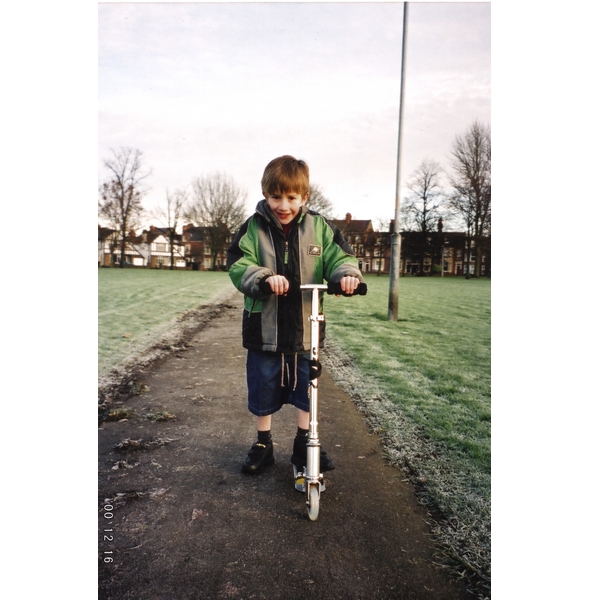 As I sat at my desk handling the Ixus, I thought back to the days spent flying with Jerry, and even though he is no longer with us I can still recall the adventures we had together. Strong winds across Europe extending flight times, diversions because of fog, and flights with Rock stars onboard. I can still see his wry smile and the twinkle in his eye.

The APS Ixus II was the perfect point and shoot. Its metal construction meant that it felt solid, and not at all plasticky. The controls were nicely laid out. It was smaller than a cigarette box, and for a few years, I carried it everywhere. It filled the role that a phone camera would fulfil today.

For a few years, this little camera captured my life. Dinners with friends, flying friends, and layovers in exotic European cities. The little Ixus II was there at the rare but wonderful weekends that I looked after my then very young children after separating from my ex-wife. I can still see my son who was inseparable from his scooter, and my then three year old daughter staring in amazement at an outdoor model railway. I am not sure which I remember more clearly. The actual event or the print made from film exposed in my little APS powered Ixus II. 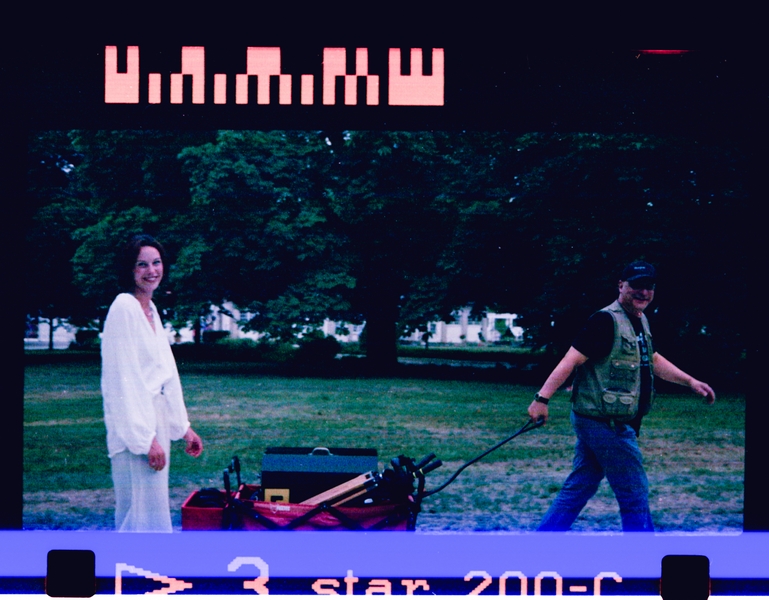 In 2002, my APS Ixus II was replaced by a digital cousin. By then, the digital Ixus image size had become larger and digital was just more convenient. The APS Ixus II camera sat in a plastic storage box and followed me around. For a while, it lived on a canal boat with me, and then it moved into a house. It then moved back to the canal boat with me before following me through a succession of houses and even continents.

Like most photographers, I know exactly where every camera I own is, and so finding the APS Ixus II took no time at all. I tried turning it on, but it was dead. I opened the battery compartment and there was the original Japanese CR2 battery. Externally the battery looked just like the day it was taken from the plastic wrapping. No surprise that the camera would not turn on! 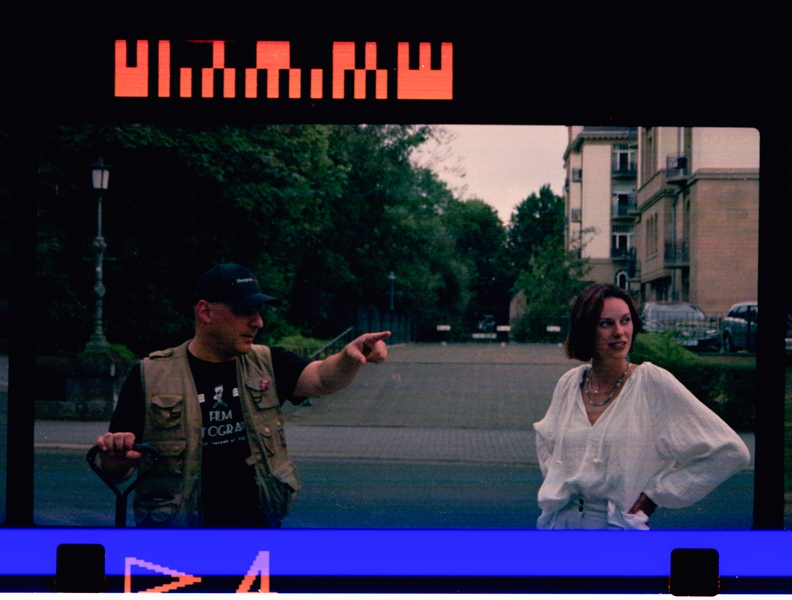 A visit to the local hardware store later in the afternoon cured the battery shortage and I pressed the “On” button. The LED screen came to life and it seemed incomprehensible that the camera had just had a twenty-one-year rest. I did have to Google the user’s manual to find out how to set the date. I could not open the film door and then realised that the camera was protecting me from myself as there was a roll of film sitting patiently at frame six. I did shoot the film, however, when it was processed it turned out that years of abuse had taken their toll and this roll was completely fogged.

I decided to use my “Last Roll of APS” at the SilvergainClassics after-work model shoot. My colleagues and friends were mildly bemused that I was wandering around with a tiny point and shoot while they carried an impressive array of cameras ranging from late analog era Canons, Hasselblads and even a 4×5 monorail camera. Juliette, the model, is used to having everything one can imagine pointed at her, and graciously took it in her stride. 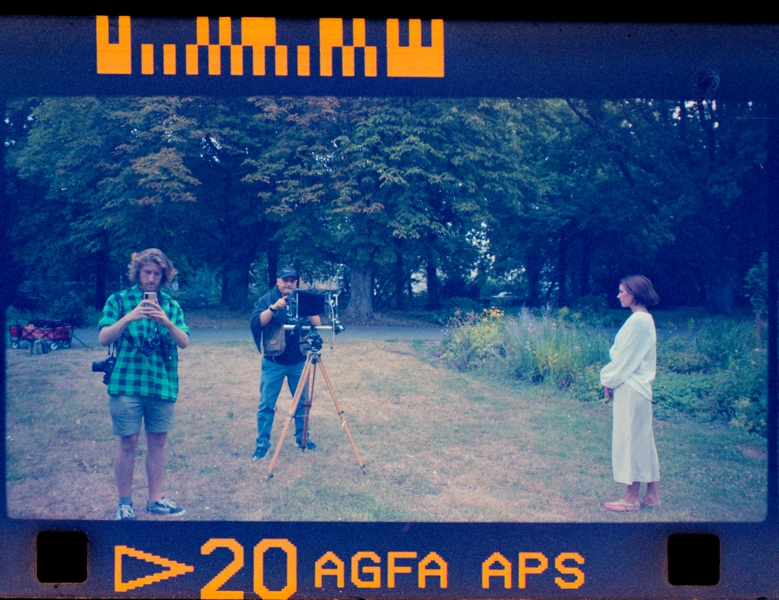 The APS Ixus II seemed surprisingly familiar to use, probably because Canon carried the layout over to the digital range. There most noticeable difference is the selector switch beside the viewfinder that allows the photographer to select between “H (High-definition), C (Classic) and P (Panorama)” modes. The image recorded on the frame is the same, however, the camera writes to a magnetic strip on the edge of the film recording your cropping preferences.

I always enjoy shooting behind the scenes at SilvergrainClassics events, and this was no exception. This camera works exactly as intended. Exposure was consistently good, and I shot frames both without flash and with fill-in flash. It is a highly competent, well-engineered point and shoot after all. 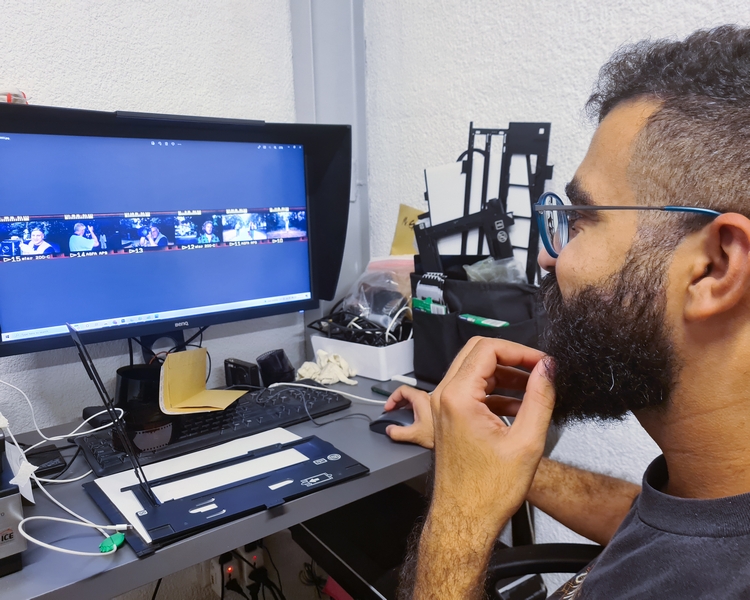 A few weeks later I was back in Dubai and watched Kamal scan the results. Not surprisingly, some twenty years after manufacture, Agfa’s APS film renders colours that would have made a Quality Control engineer need a little lie down. In fact, achieving colour balance would not be possible without the use of a PC. However, I did capture a rather fun evening in the park.

I am sitting writing this with the camera beside my laptop. I know that I should take the battery out of the camera one last time. I am lucky that the last one did not leak, and after all, I own other cameras can use this battery. However, I am finding it hard to bring myself to power down the Ixus II one last time.