The f4/70-210mm Minolta beer can lens is inexpensive and very sharp and as good as a modern Sony lens that costs almost 50 times more. 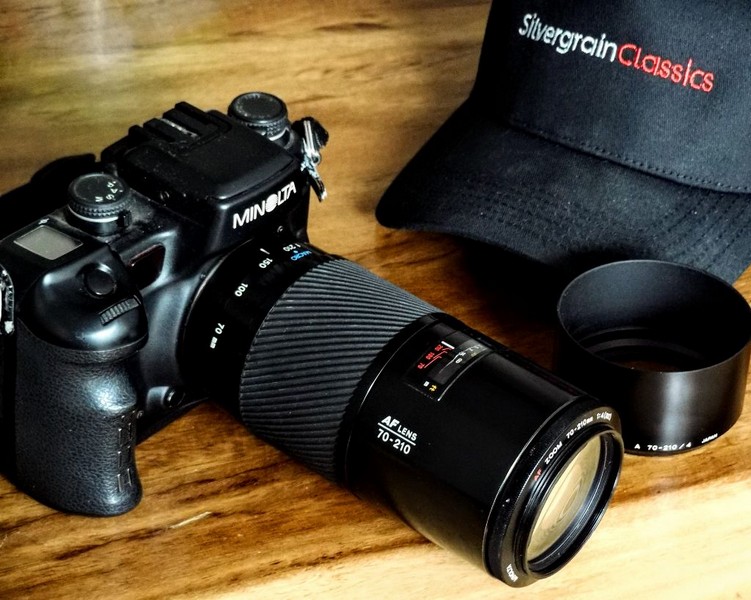 If you search YouTube videos or other online descriptions on the subject of Minolta AF lenses, you can’t get past the reports on the f4/70-210mm Minolta beer can. It is inexpensive and very sharp at at f4. In the range of 80mm – 180mm at an of aperture f5.6  it is as good as a modern Sony 80-200mm f2.8 that costs almost 50 times as much. To be fair, in extreme light situations like backlight, modern lenses do have an advantage as there are more modern coatings on the glass. At wider apertures these coatings play an important role in lenses of this class. But basically, the old Minolta delivers almost identical image results when the aperture is set the same. 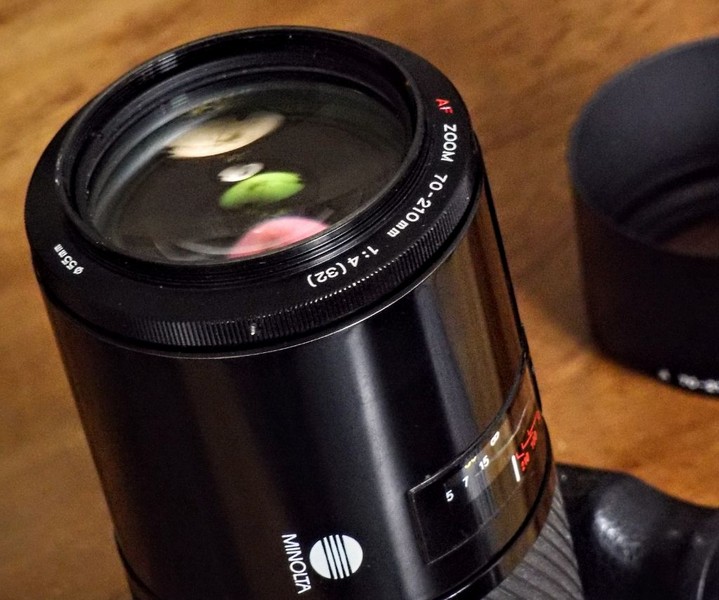 The Minolta AF 4/70-210 mm was introduced in 1985 together with the Minolta 7000 body. The lens is probably one of the most common AF telezooms ever made. Since it was also built to a very high mechanical standard, these lenses are still used very today despite having been in service for over 35 years.

Optically, the AF 4/70-210 mm is based on a series of similarly designed Minolta zooms for the SR bayonet. Leica also offered the same optical design with the Leica R Vario Elmar 4/70-210 in its own Leica housing. All these zooms are built in the classic four-group design: Base lens, variator (change of focal length), compensator (compensation of focus shift by the variator) and focusing group. 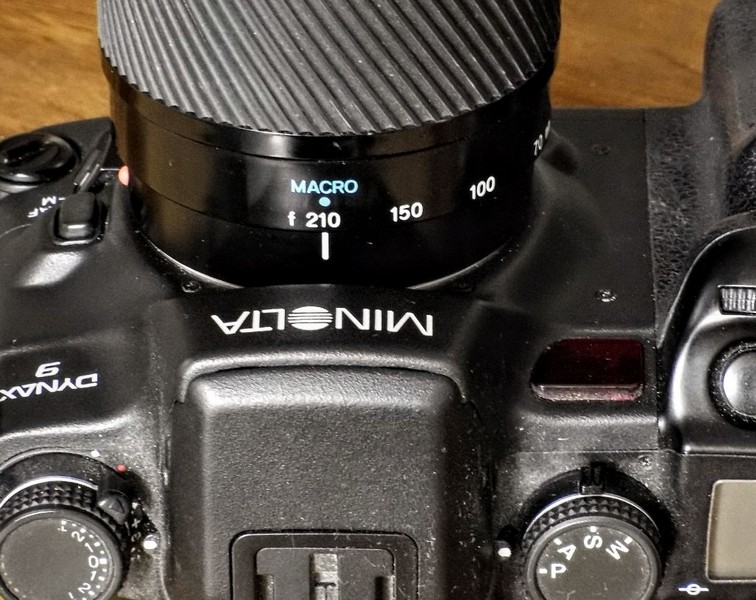 The distinctive design of this lens generation ed to its nickname “Beer Can”. It is relatively large and heavy, but in comparison to common kit zooms, it is also one f-stop faster (f4 throughout). The 4/70-210mm is, unusually for the price range, made entirely out of metal. Both zoom and focus rings run very smoothly and without play, even after years of use. The lens can be focused down to 1.2 m and then reaches a scale of 1:4 at 210 mm focal length.

At maximum focal length setting, a noticeable vignetting is visible. 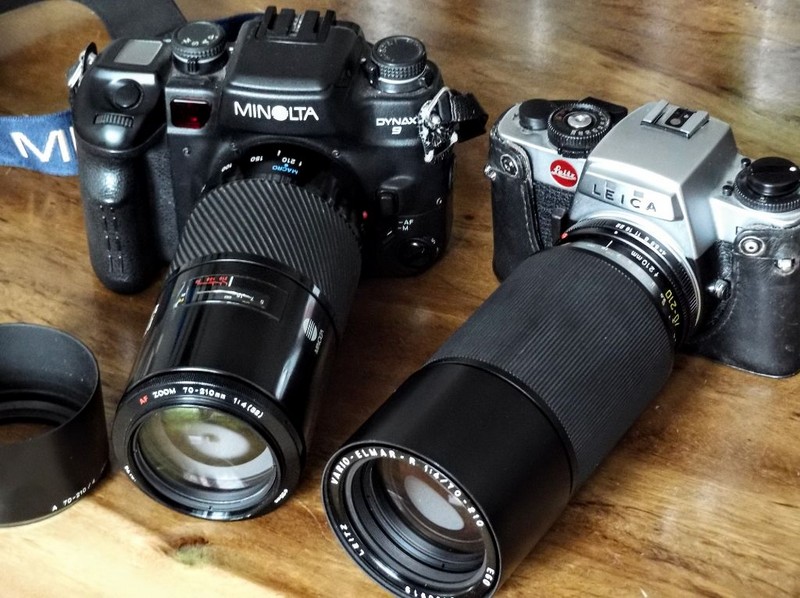 In the short and medium focal length range the lens is almost on par with the 2.8/80-200 mm APO G and the 2.8/70-200 mm G SSM. The performance peak is around 135mm and only at 200mm, less focused areas in the corners are visible in comparison to the faster zooms. In infinity range, the moderate light fall off is generally not very annoying.

Distortion is virtually identical to that of the latest Minolta 2.8/70-200 mm G SSM in both shape and quantity – moderately barrel-shaped at 70 mm, moderately pincushion-shaped at 210 mm, and virtually balanced around 135 mm. In typical portrait situations, the bokeh is excellent, only becoming slightly choppy when the subject is at a greater distance near infinity.

It is no exaggeration to say that the 4/70-210mm was one of the best lenses available for the Minolta system. It was so well calculated by Minolta that Leitz Wetzlar used the same calculation for their Leica R sliding zoom. In 1987, a German photo magazine tested zoom lenses in this class. The Carl Zeiss Vario-Sonnar t* 70-200mm f3.5-4.5 scored best, closely followed by the Leica Vario Elmar, which itself scored only slightly better than the Minolta beer can described here.

Pricewise, however, despite having autofocus, it is significantly lower than its Leica R bayonet counterpart. In today’s comparisons with much, much more expensive lenses the image quality is still above average.

Minolta has a very strong lens design team, who believed that the colour rendition of every lens in a series should match. The 4/70-210mm Minolta beer can lens was no exception to this principle and it faithfully combines Minolta colours.

You might also be interested in a previous SilvergrainClassics article on the Leica SL2 MOT at https://silvergrainclassics.com/en/2022/07/leicaflex-sl2-mot-top-gun/