Live at the Leica Launch: The New M6 & Summilux in Wetzlar 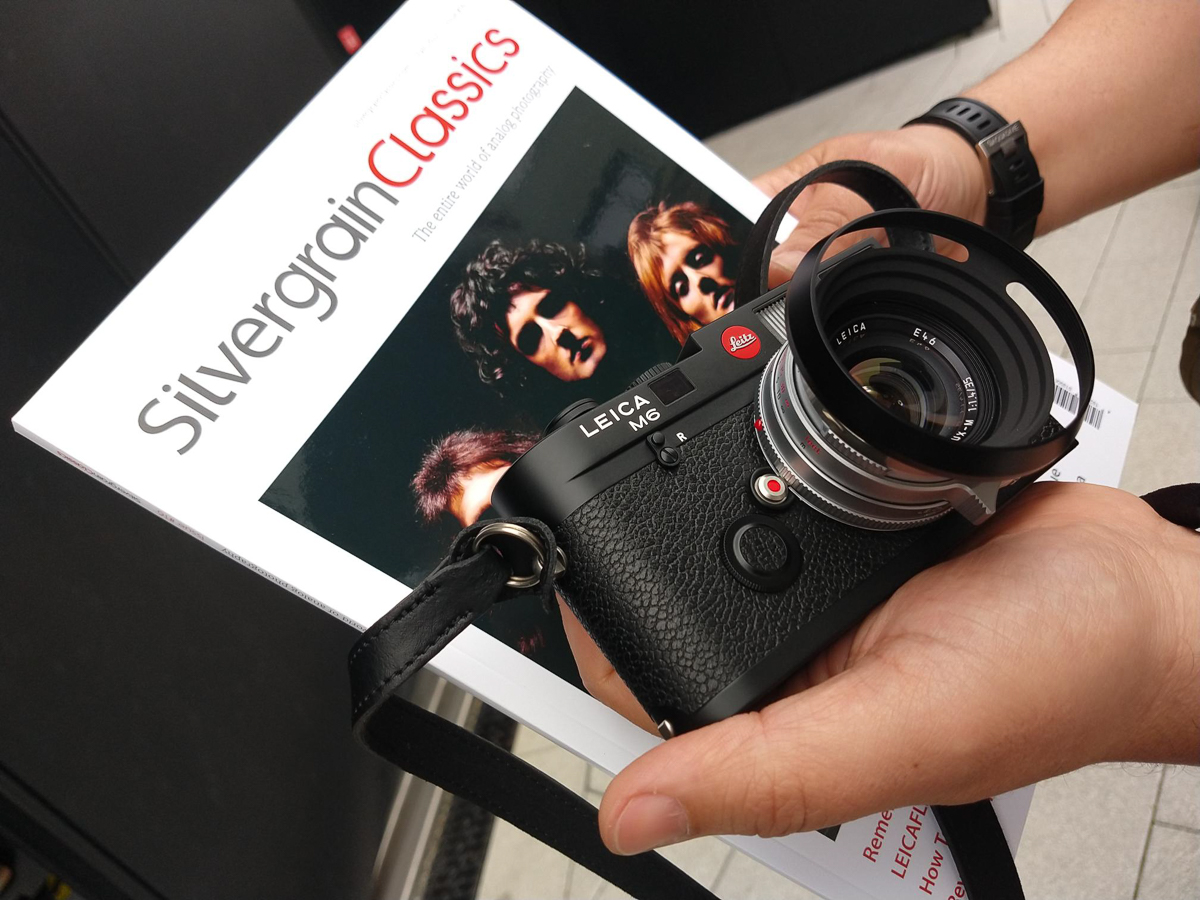 Being present at the official announcement of the rebirth of the iconic M6 felt like history in the making.

When Leica decides to throw its weight behind something, you really get some momentum. What great news for the analog community that the momentum is now firmly behind film cameras! 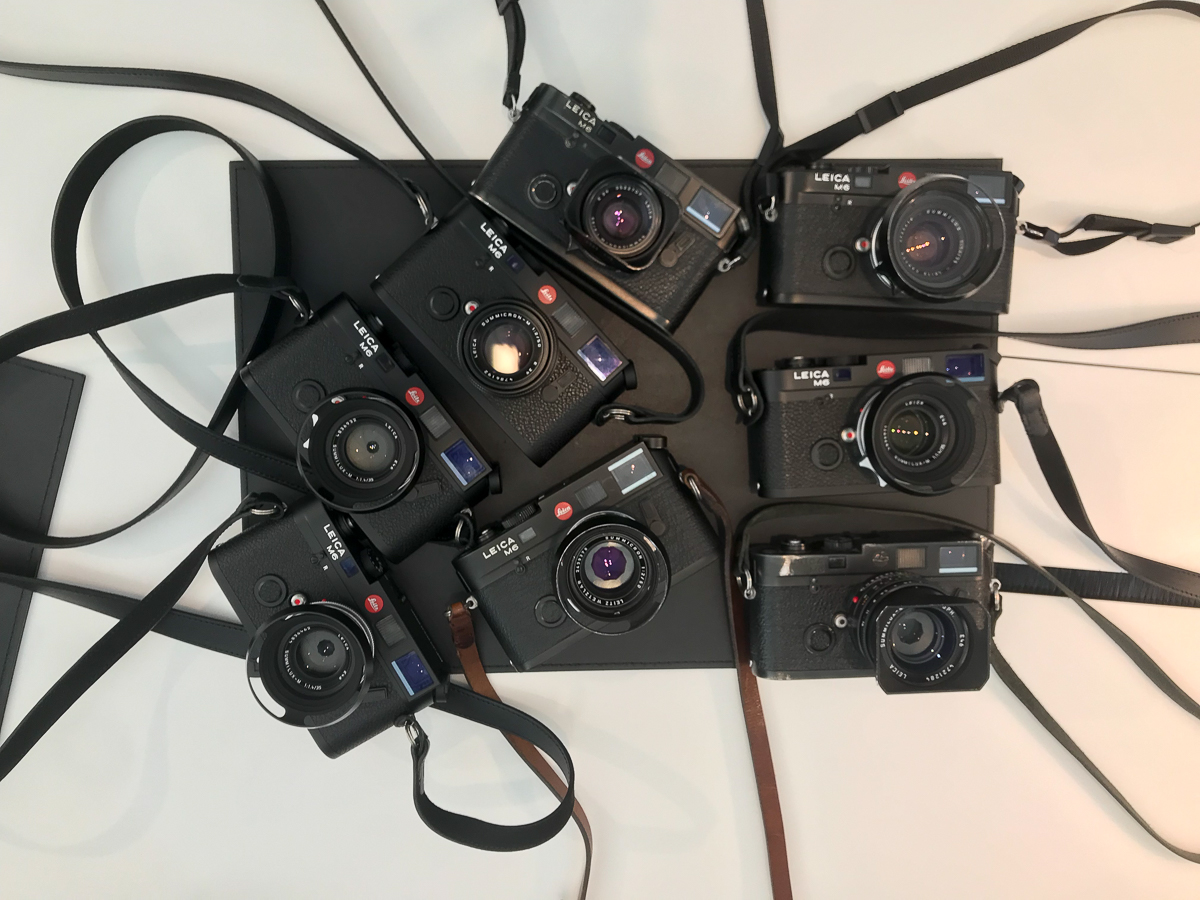 This is, in my opinion, the Big Story, much more important than the actual details of the new M6, which is essentially the old M6 with some minor updates. And what is wonderful is that Leica seems to feel the same way; the launch presentation talked more about the renaissance of film photography and the qualities that make it unique than about the actual product. But don’t worry, details of the new camera will be included below, all in good time.

The SilvergrainClassics team has been focused on this launch for several months. Not only because of the amazing news — which somehow leaked despite comprehensive NDAs — but also because Leica asked us to run the film photography mini-workshops where guests could try out the new camera in their luxurious studio. 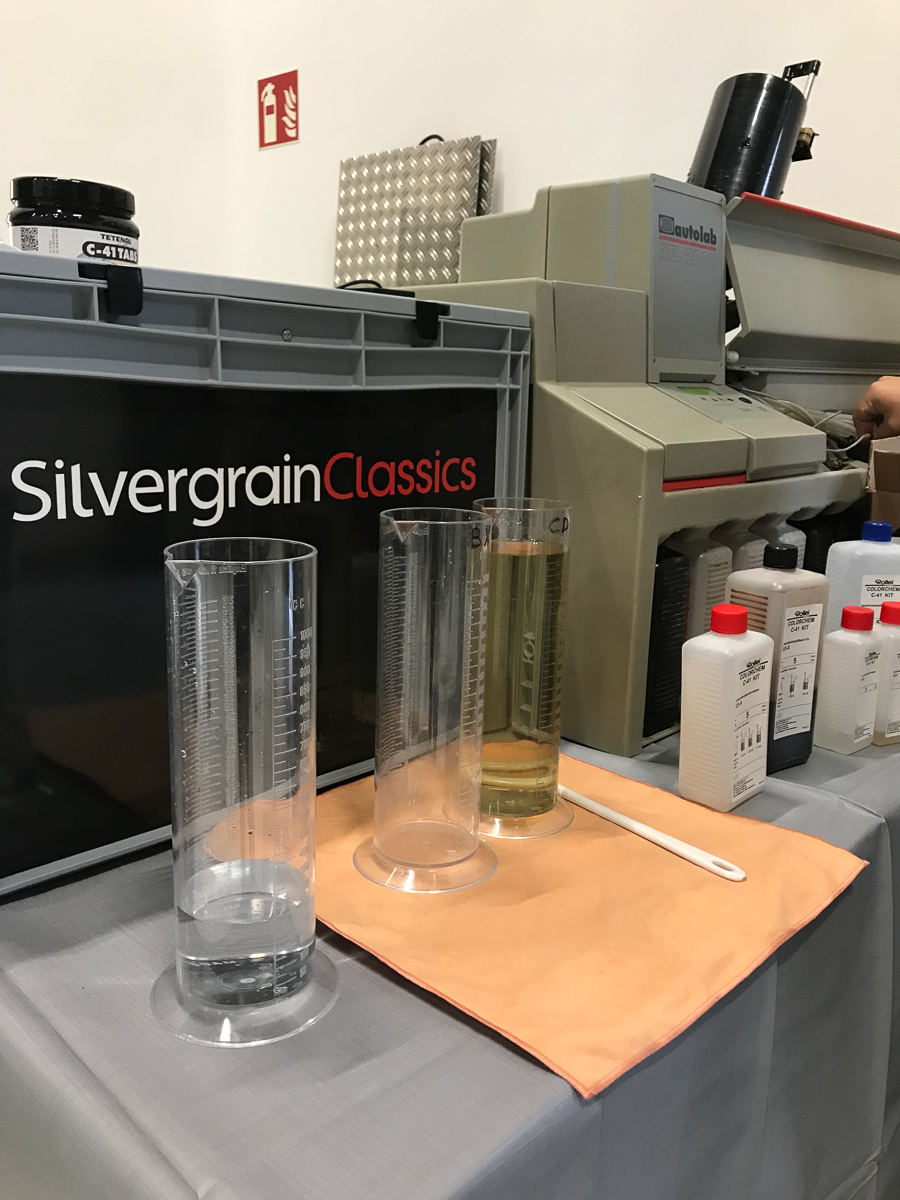 In keeping with the occasion and the honor we felt at being given the task, we decided to go all out. The service we provided included: a vintage studio shoot with two models and a classic car in the style of the ’60 TV show The Avengers, a short introduction to studio light metering, one roll of film per guest, and development, scanning, and printing on-site with results the same day. To make this possible, we brought in a 1972 Volvo P1800, a JOBO ATL for development, a drying cabinet, a Fuji Frontier photo printer / scanner, and several computers.

It was quite a challenge to make arrangements for a complex studio shoot at the same time as bringing in an entire film lab complete with a 500-kg printer. But, with a lot of sweat and a few tears, we were ready to welcome the first guests on the morning of October 19, 2022. We were told to expect an impressive array of (film) photographers and influencers as guests, and Leica did not disappoint. The very first person to shoot was Ray Barbee, famed skateboarder/musician/photographer. A few of the other faces we recognized were Joe Greer, John Sypal (Tokyo Camera Style), Take Kayo (bigheadtaco), Gajan Balan, Jason Roman (stockezy), and Omar Z Robles. 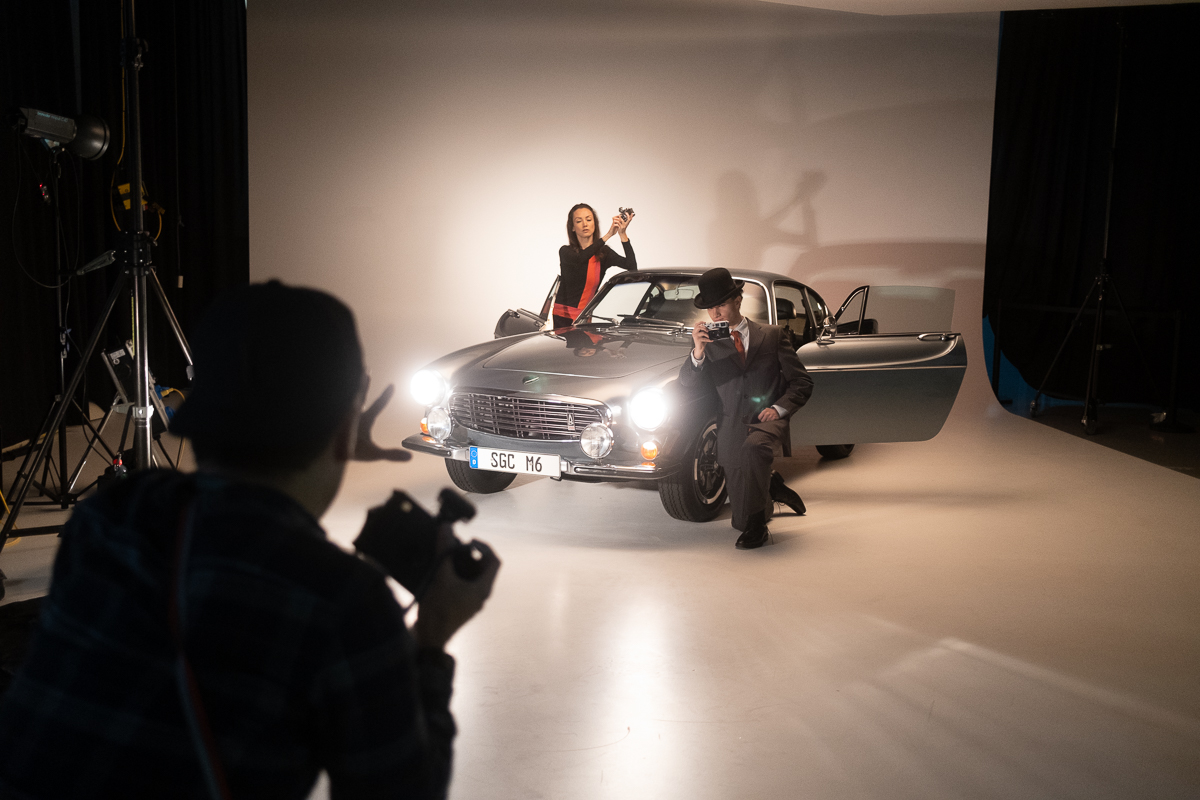 We were supported by both Kodak and Cinestill with great film stocks. Both Portra and the newly released Cinestill 400D performed very well in the studio flash situation and gave great, if quite different, film vibes.

After the first groups had come through the studio, the VIP announcement presentation started on the main stage. After a short introduction about launching the original M6 in 1984, the “surprise” announcement of the new M6 was greeted by a cheer from the crowd of just over 100 people. Leica immediately made it clear that its foundations are in film photography, and Leica has chosen to keep producing film cameras even when it was not actually profitable. “We do this because we are Leica. We respect film and film users,” was how Andrea Pacella, global marketing manager, put it. “This was not a business decision. We are Leica,” he repeated. 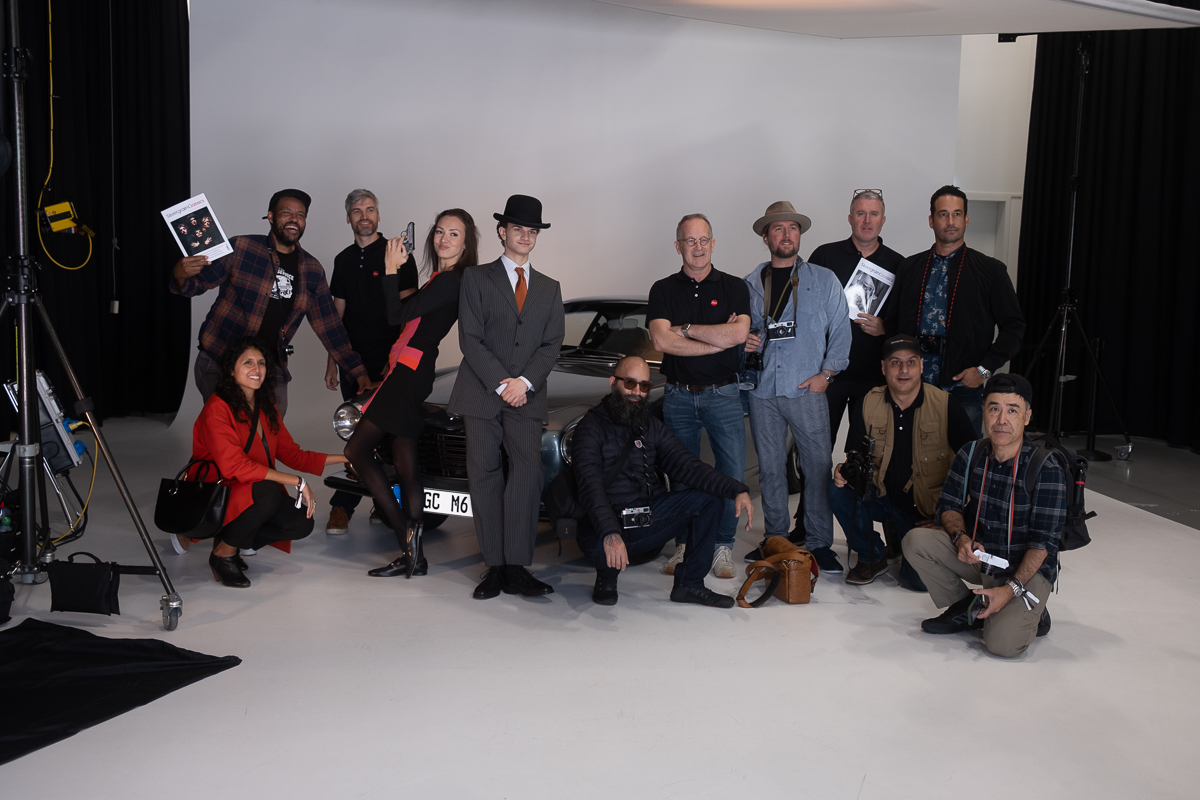 They shared amusing stories about wearing patches to the Photokina in the early 2000s which read, “Ich bin ein Film Dinosaurier (I am a film dinosaur).” Current catchphrases like “mindfulness” and “slowing down” were trotted out and, more interestingly to me, the value of contact sheets as a way of evaluating storytelling was praised. “Mr. M,” Stefan Daniel, who saw the original M6 model pre-launch as an apprentice in 1984, related the famous story about how he made the decision to save the machines to produce M film cameras when the manufacturing plant was moved.

As it turns out, this has been a good business decision in the end. Shown on impressive slides, a strong increase in the demand for film cameras since 2015 was clear. This made the decision to bring back the iconic M6 easier. “It embodies the core of the M-series of cameras.”

But now, we get to the part the gearheads are impatiently skimming for — what is new about the new M6?

From the outside, it is almost identical to its iconic predecessor. It even has the name “Leitz” in the red dot. But the body is now made of brass rather than zink. Although the design of the shutter is the same, the materials used to make it are different. Other differences are quite small, like an improved rangefinder with coated finder windows. The same careful, manual assembly and fine adjustment guarantee the quality of the end product. When you have it in your hand, it feels like a Leica, that typical, “Take me to a gala opening or a rainforest trek, it’s all good” feeling.

Then, a bonus announcement! In addition to the M6, Leica is bringing back a companion lens, the classic Summilux-M 35mm f/1.4. The new lens is Made in Germany and has been recreated from the original of 1961 in its steel rim version. Fully open, it has a lovely painterly quality, but stopped down, it can be quite “punchy,” in the words of Stefan Daniel.

We will be writing more about the new M6 and Summilux in the next issue of SilvergrainClassics. We will also feature an interview with Dr. Andreas Kaufmann, Chairman of the Supervisory Board of Leica and recipient of the Order of Merit of the Federal Republic of Germany, as well as a portfolio of the photographers who tested the M6 pre-launch. 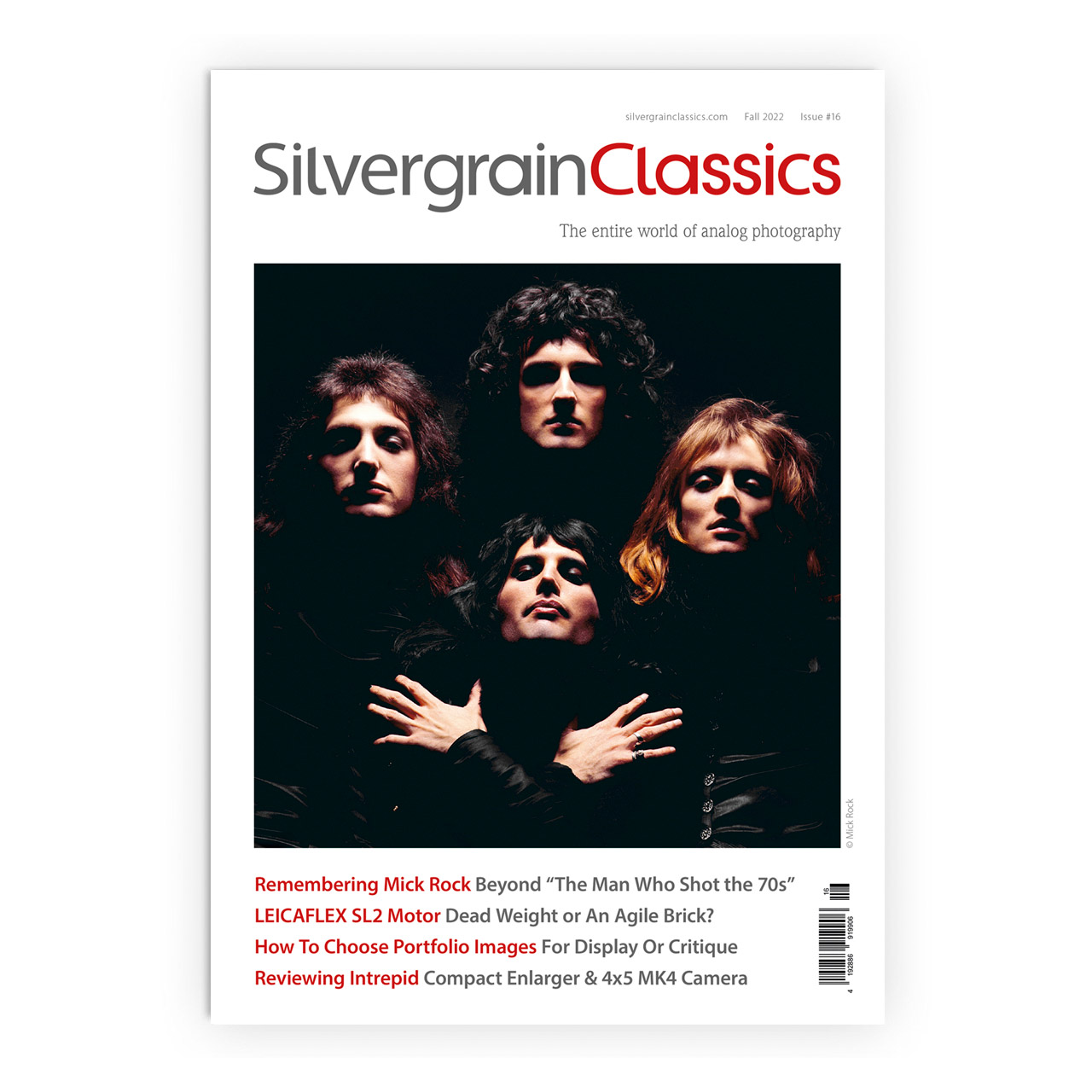