David Collyer on “How grey is my valley”?

“I don’t belong in the Valleys, but I work with many people who do. The sense of community is second to none”. 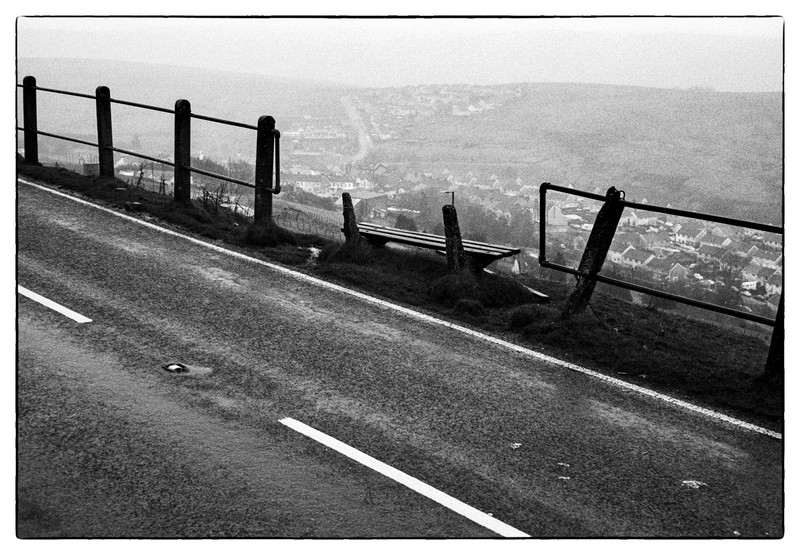 I live in South Wales, an Englishman abroad if you will, surrounded by verdant countryside and rugged mountains, with valleys hewn from the rock by glaciation. It’s a landscape photographer’s paradise. Babbling brooks, impressive rivers, ancient oak forests and deserted uplands dotted with the ruins of decaying farmsteads are on my doorstep. It’s bucolic splendour and it’s beautiful. 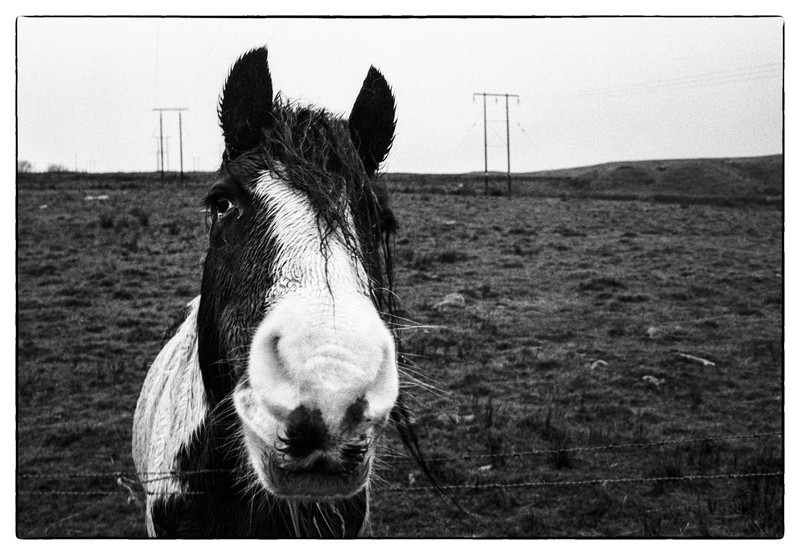 There’s another South Wales, not too far from me, but entirely different. It too is famous for its Valleys, but its beauty is of an entirely darker and more challenging nature. This is the South Wales made famous by its industry; predominantly coal mining and steel production, and in times further back, large scale quarrying and iron ore extraction. Famous for its rugby and male voice choirs, its long ribbon villages clinging to the steep valley sides, its hard way of living, and hard but welcoming people. If anything informs the outsider of the Welsh way of life, it’s probably the Valleys more than anything else. I don’t belong in the Valleys, but I work with many people who do. The sense of community is second to none. I’m drawn to the landscape there; the social history. It’s easy to romanticise a hard way of life, particularly as an outsider looking in, but isn’t that what we so often do as photographers? It’s also easy to romanticise the decline in a hard way of life. Industry in the Valleys was destroyed by a vengeful government; communities torn apart, and poverty is rife in many areas, as traditional work and educational support networks have vanished along with the mines and the foundries. Since 2016, E.U. funding so vital for regenerative schemes has also gone. 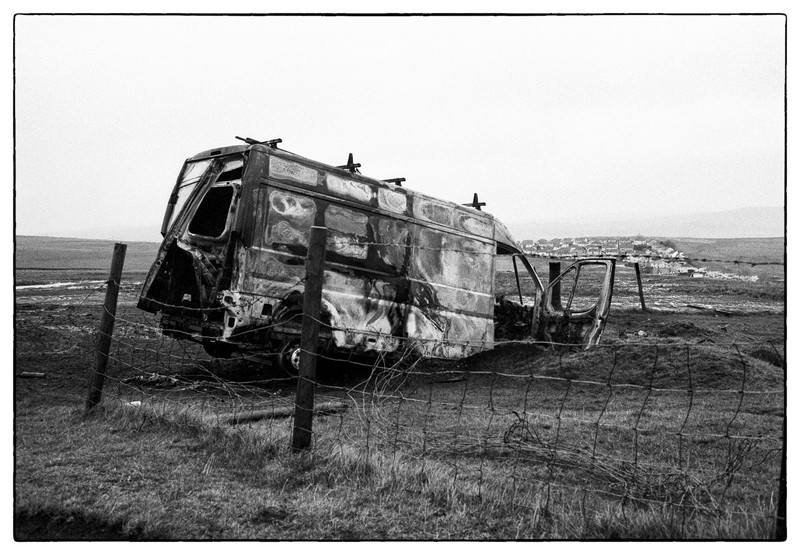 Despite being so close to major cities, the landscape in some areas is bleak. The wind and rain in winter cuts through you. It’s an inhospitable landscape, littered with the rotting remains of industry and sadly in many places, burned out vehicles and fly-tipping, dumped for a plethora of reasons. The climate takes no prisoners, eating away at the roads, the buildings, and the people and animals that live on the high ground. It’s a beautiful landscape. As a photographer I’m drawn to the bleak. It lends itself to grainy black and white film. The rich textures and tones bring out an eerie, other worldly beauty. I’m far more interested in capturing the scars and activities of man’s interventions into a landscape than I am capturing nature at its prettiest. Romanticising? Perhaps, yes. Maybe I’m a hopeless romantic. Maybe I’m the worst kind of tourist, revelling in a hardship I can walk away from, a lifestyle I could never lead. 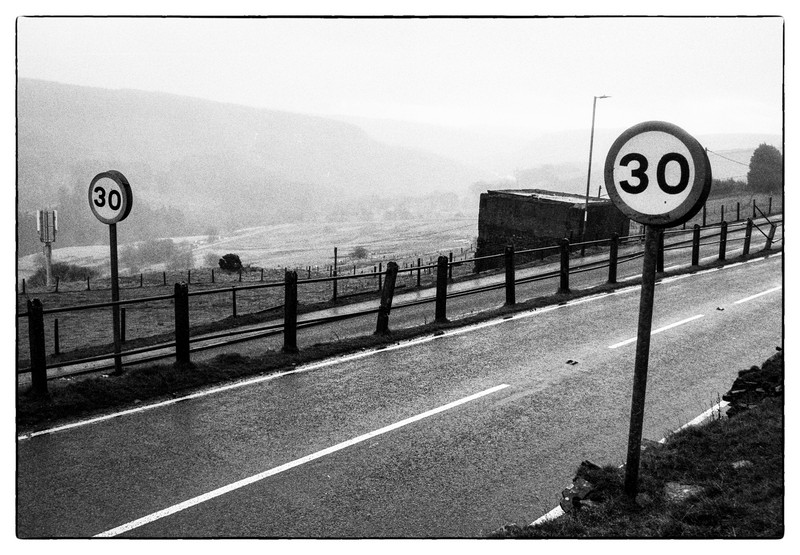 Yesterday we drove through the area in torrential rain, after dropping my partner’s children off at their father’s house. This morning I got up early, I loaded film spools with that most romantic of cinematic films, Kodak Double-X, and took a Leica M3 and Canon F1 up to the high ground, or Up the Top as locals call it, and went to work. Beauty is in the eye of the beholder. 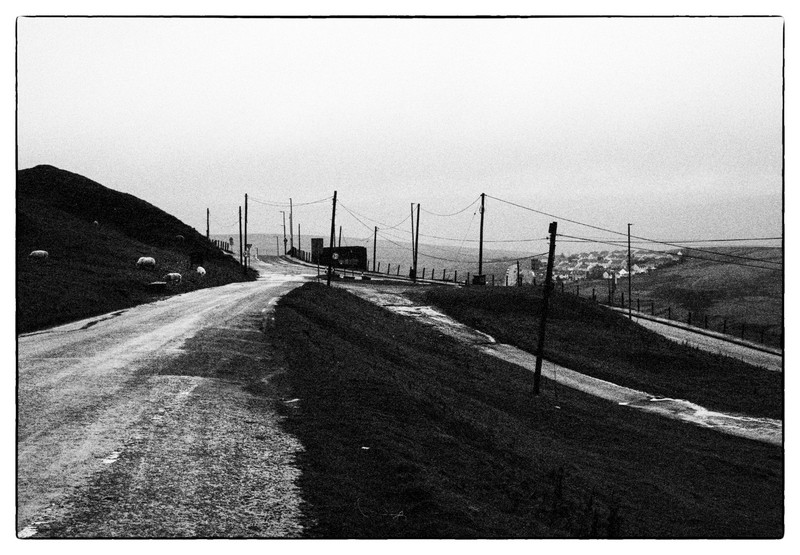 If you would like to read more about David Collyer then see https://silvergrainclassics.com/en/2021/08/shooting-with-the-past-david-collyer-friday-focus/