Yasmin is a professional writer, based in Berlin. She is perfectly placed to write about Arab photography for an international audience…

“Yasmin Helal on her own experiences with analogue photography”. 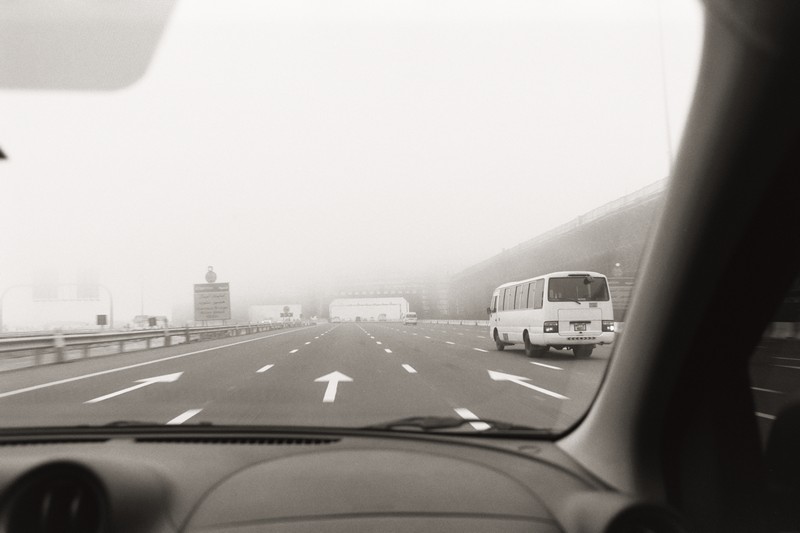 “This image has captured movement and non-movement at the same time. I love the signs, the small advertisements and the writing on the bus”.

Yasmin’s article “looking through the lens of Arab women” featured in Edition 11 of SIlvergrainClassics magazine. Yasmin is a professional writer, based in Berlin. She was born in Egypt, lived in Saudi Arabia for ten years, then Dubai for fifteen years before moving to Germany, so she is perfectly placed to write about Arab photography for an international audience.

Yasmin’s first exposure to the analogue world was on a trip to Prague in 2019. A friend had an analogue camera and explained about rolls of film, and how the camera worked while they were on a bus. And so, Yasmin also became the proud owner of a film camera.

I asked Yasmin what she likes about shooting in analogue. Her brown eyes light up. There is a way that people of an Arab background express genuine happiness and passion, it as if pure pleasure is written across the face. There is no doubt that Yasmin is in that space. 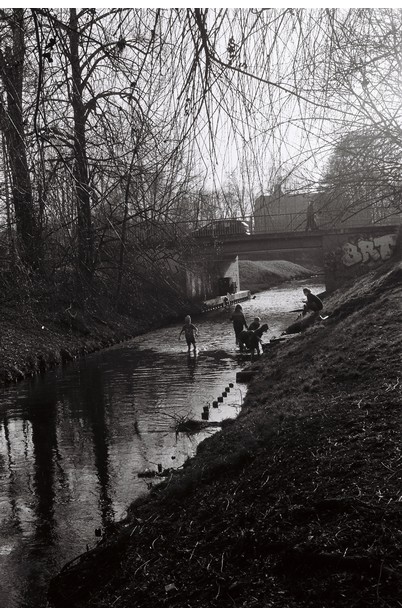 “I love this shot because it is both intimate and distant at the same time.

It also captures my mood during Corona. The children remind me that being away from my family without the opportunity to return to Egypt made the distance feel even greater”.

Yasmin explains that she has just started a course. “How to shoot analogue on a budget”. It is run through STATTLAB, a non-profit screen printing and photography artists working space in Berlin. She is laughing as she tells me how important the budget element is. I find myself drifting back in time to when I was a student in the heyday of film. Magazines often printed articles saying that “film is cheap” and that it was better to take more shots to make sure that one had nailed it. That wasn’t how it felt to me as a student.

I asked Yasmin about the course. It includes a photowalk, developing film, and printing. Ottavio is the tutor and he also works at Safelight, a local lab.

There is more laughter as she explains how intimidating it feels. Which part is intimidating I ask? We talk about loading film onto reels in the dark. I am 100% sure that there isn’t a single photographer who didn’t feel intimidated the first time they tried this.

Then we talk about chemistry. Until now, Yasmin has been using chemistry provided by the tutor. But now that she has a developing tank and can do this at home, she needs to choose chemistry and work out how to mix it. I ask her where she goes to find out about analogue “stuff”. “I network. I’ll ask people that I know or have met. You can get much more specific information than on the internet. For example, if I ask someone in Berlin where I can get the best cheap scans, they will know exactly what I mean”. 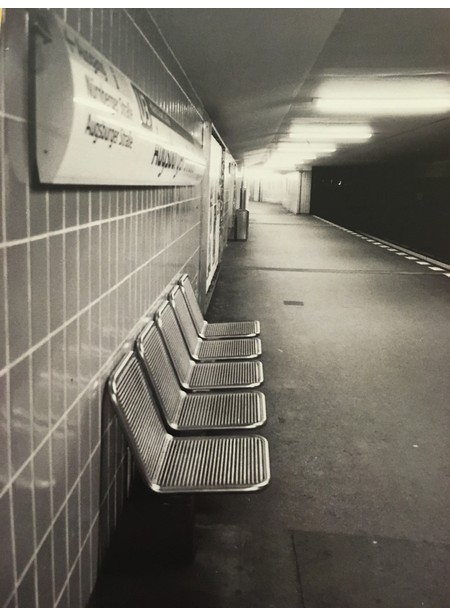 Seats on the U-Bahn

“I am a storyteller in general. I want photography to end up in the same place as my writing. I want it to express what I feel from the inside”.

“One of the interesting things I have found with images is how individual pictures can acquire new meanings as you go through life. The meaning can change. There is a timelessness to the negatives. But it is like eating old pickled cheese. Every time that you eat it, it tastes different”.

I asked Yasmin to talk through her favourite images. She proudly chooses a selection from the two black and white rolls which she has developed herself. 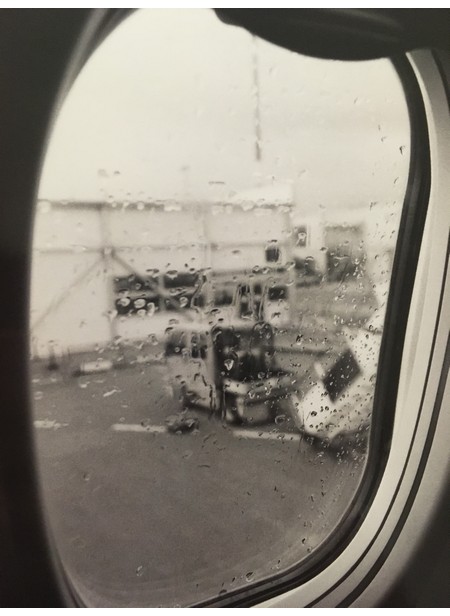 “This is from the first roll of film that I developed, which is, of course, a very special roll. It was shot on my Minolta XG1”.

“I love taking photographs from aeroplane windows. Sometimes they are shaky. Other times the scene is just too far away. But this time I got it just right. There is the light on the aeroplane window together with drops of rain, the baggage carts, and a glimpse into the world of people who spend their whole day at the airport”.

I have since sold the camera in order to buy another one with an additional lens. The customer who purchased it was buying it for his digital photographer girlfriend for Christmas. He was so excited when he came to collect it”. 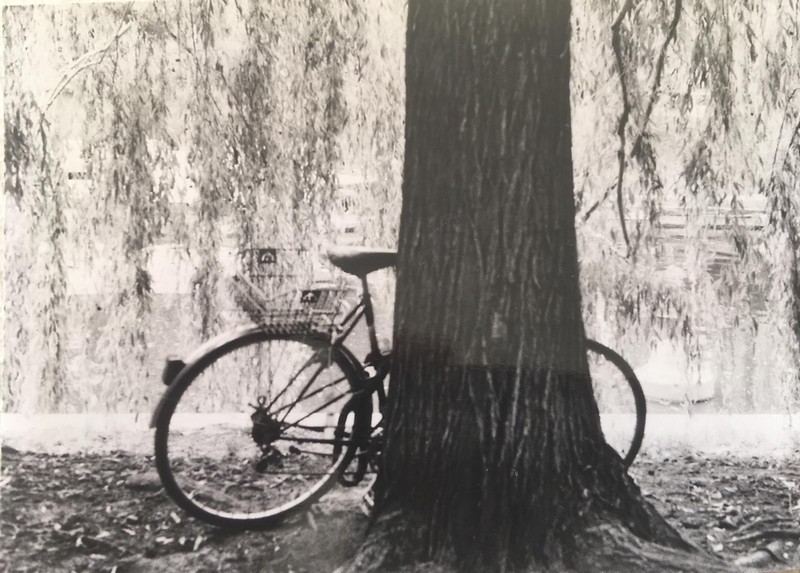 “I cannot ride a bike. I grew up in a neighbourhood where it was dangerous for girls to ride. Then I moved to Saudi Arabia when I was 10, so I didn’t learn to drive a car. So, I riding a bike or driving a car is something that I have no experience of”.

But I am fascinated by bicycles. I am not sure if it is desire, or simply the shape”.

You can read some of Yasmin Helal’s writing and see more of her images at https://www.yasminolog.com. She is also on instagram at @yas.helal