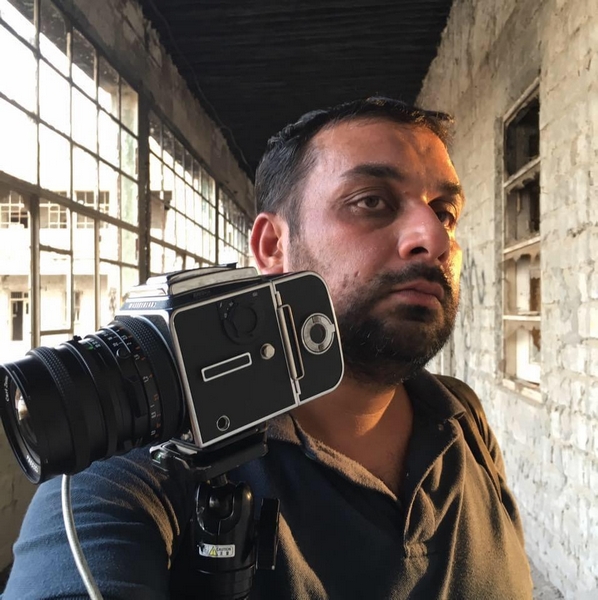 Usman was born in Kuwait and is technically a Pakistani citizen. His work “Capturing Al Kout” was featured in the inaugural edition of PhotoKlassic International, and a newer version of the work is currently being exhibited at the Italian Embassy in Kuwait. This seemed to be a perfect time to catch up!

Usman is a naturally modest man. He starts by telling me that not much has happened in his photography over the last two years. He has been extremely busy helping to move NBK (the National Bank of Kuwait) into its newly opened Headquarters. I happen to know that before Covid changed the world, Usman was still creating images for the “Capturing Al Kout” series and that his series documenting abandoned spaces in Kuwait steadily became both more expansive, and stronger. 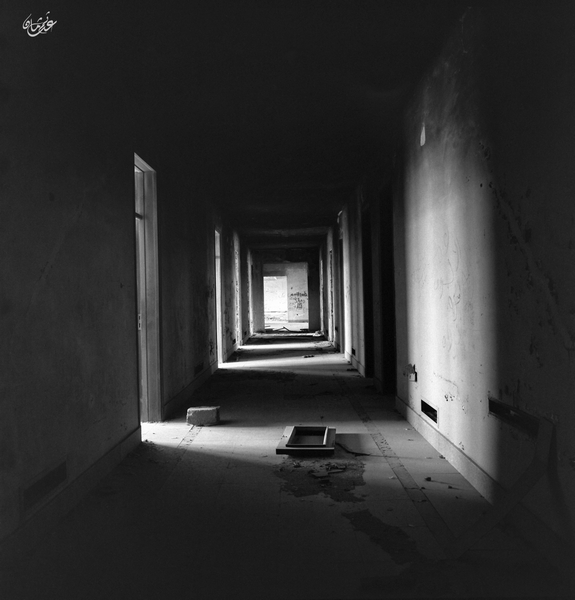 “Al Kout” is the old name for Kuwait, and “Capturing Al Kout” is a documentary piece examining abandoned spaces in the city. The majority of these sites are locked away and need permission to enter. Usman was encouraged to write to the “National Council for Culture, Arts and Letters”. To his surprise, he was summoned to meet Eng. Waleed Al Humaidi . He took photographs of previous work and his Hasselblad to the meeting. The camera helped, and Usman was allowed access to the old Amiri Hospital site.

The old Amiri Hospital began life as Kuwait’s first state publically managed hospital. But by the time that Iraqi soldiers withdrew from Kuwait in 1991 the building had been ransacked and badly damaged. One wing had even been set ablaze. The site has been preserved in its abandoned state.

Usman took a friend to some sites and went alone to others. Even though he is smiling when he tells me that being alone in some of the places he made images was a very scary experience, I am left with no doubt that he means that working alone must have been difficult. 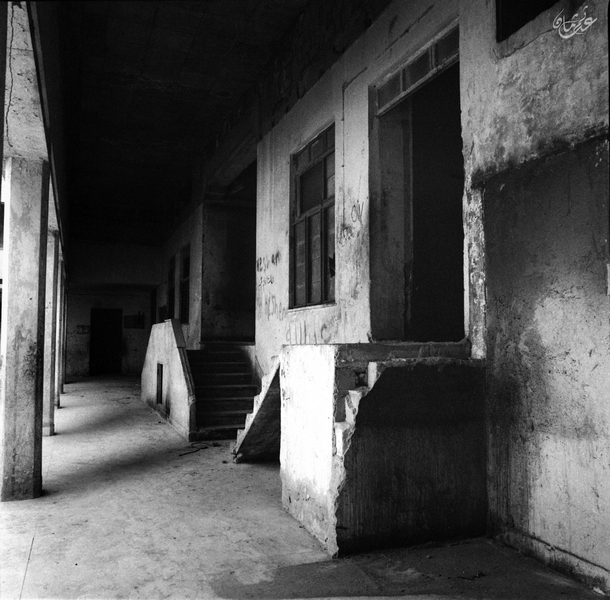 When we spoke a week ago, movement around Kuwait City is difficult, and many of the historic sites are locked down. However, Usman still has a list of places to view through his lens. These include the Diwan Al Bader, Diwan Al Mulla and the Diwan Al Shamlan historic neighbourhoods and the five city gates, all of which remain. He has also scouted out Failaka Island in the Persian Gulf. This has interesting abandoned buildings and vehicles but is difficult to photograph because of the ferry timings.

Usman shot the “Capturing Al Kout” series on a Hasselblad 503CX, although he has just taken delivery of a Plaubel Frankfurt A/M 4×5 large format camera which he is keen to put through its paces. He worries about where to buy large format film because the last time that he tried importing film from B&H in New York, the box was opened by Kuwait Customs. 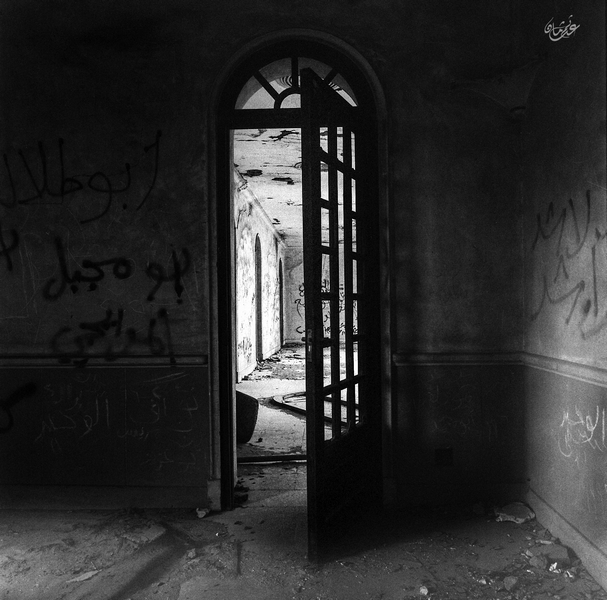 Life is not easy for a fine art photographer in Kuwait. Even though he was born in Kuwait, Usman is technically a Pakistani and therefore a foreign worker. He applied for assistance for his project at the beginning of the year 2019, and while the “National Council for Culture, Arts and Letters” were interested and sympathetic, they were unable to help because their funding is set up for Kuwaiti nationals. Usman describes how upsetting this news was.

One of his friends advised him that “he should not let this setback upset him. Something will come up”. And, it turns out that his friend was correct. The Italian Embassy noticed Usman’s work on Instagram, and have given him space in the Embassy to exhibit 19 50x50cm prints. Four large prints also hang in the Ambassador’s residence.

Many Kuwaiti dignitaries have seen his work, and although access to the exhibition is limited because of Covid related restrictions, having a large scale exhibition in 2021 is a fantastic achievement. 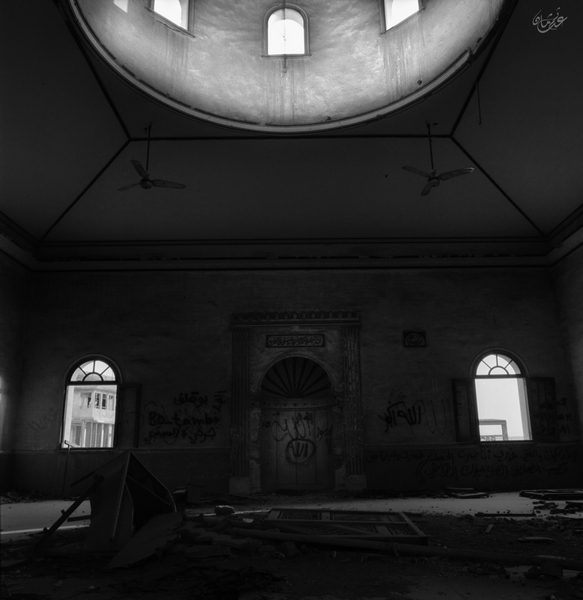 The original article on Usman Iqbal’s “Capturing al Kout” was featured in the Special 1st Edition of PhotoKlassik International. It can be purchased here.