David Collyer and his Leica M3

David Collyer on “How we met”… 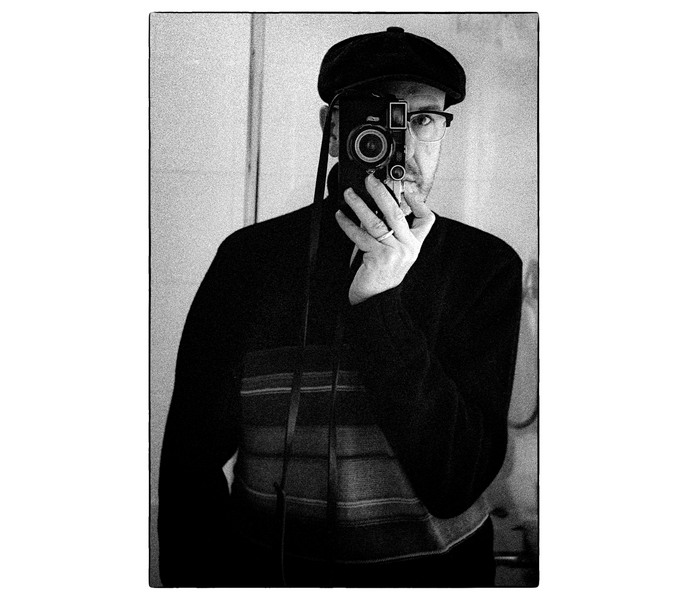 Unlike a lot of people, I’ve never really been one for giving names to inanimate objects. Thirty-five years ago, I flirted briefly with calling my first car, a beautiful 1967 Triumph Herald Convertible, Wilma, after Fred Flintstone’s wife, but it felt a bit forced and never stuck. If I was to name my 1959 single stroke Leica M3, however, it would be called Seren, a beautiful Welsh name meaning star. We’ve been together for just over two years and this how we met…..

“Alright Butt! Is that a film camera?” The old guy next to me in Abergavenny Market in South Wales was eyeing up the Olympus OM1 nonchalantly slung over my shoulder. If you believe everything you’ve seen on television, the Welsh refer to each other as Boyo all the time, but in the four years I’ve lived and worked here, I’ve probably only heard that once or twice. Butt or Butty, meaning friend or mate is the universal greeting. “I’ve got loads of film cameras Butt!” he said. I’ll be honest, at this point my heart sunk a little. If he didn’t immediately recognise an OM1, then the chances of said cameras being of interest, were I thought, minimal. I indulged him, however, half expecting an hour-long conversation about assorted Brownies, Instamatics, and 110’s. When he started to reel off a list of almost every classic camera and lens I could think of, my jaw almost hit the floor. This guy practically lived in a camera museum! We chatted for a while and I gave him my card, hoping that he’d invite me round to view them so I could salivate like a kid in a sweet shop. Months went by, I never heard from him, and forgot all about our meeting. 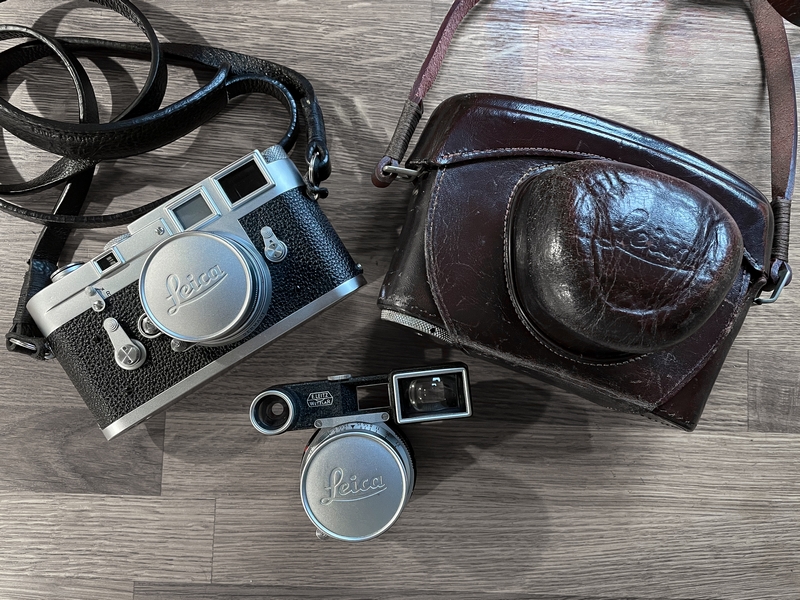 The next time I saw him was again at the market; I’ve been documenting it for some time. On this occasion he told me he had some medium format cameras he wanted to sell. Bad timing, I’d just bought a Mamiya 645 and wasn’t in the market for anything else. A couple of nights later Wayne, one of the stall holders sent me a text saying ‘Mike wants to talk to you. He’s got more cameras for sale. Here’s his number.” I sent Mike a text out of curiosity to see what he had, and the reply came back straight away, “All rangefinders, a Contax, a Nikon, and a Leica M3”. I sent him a text back saying I didn’t have the funds for anything of that quality, but that the M3 was my dream camera, and I’d love to have a look at it, having never even held one. Half an hour later my curiosity got the better of me and I texted him again to find out how much he wanted for the Leica M3. When he replied that it came with an Elmar 50mm f2.8 lens and the original case, and that I could have it for £700 and pay him over three months, I looked at my partner Hetty and told her what I’d just been offered. “Well, you’ve got to have it” she replied. Yep, she’s a keeper!

The next weekend I drove to his house to see the camera, half expecting it to be a complete wreck, but when he handed it to me it was immaculate, looking like it had just come off the shelf. It hadn’t been used for fifteen to twenty years, so I shot one roll of film, and then sent it to Black on White Cameras in Bristol for a CLA, which cost me £200. Mike insisted on paying half. The Leica M3 is now my go to camera. The Elmar has been joined by a Summaron 35mm f3.5 with spectacles, and it now sits in a Mr Zhou half case. It’s not until you’ve used an M3 that you realise what the hype is all about. Its precision is sublime. It inspires you to shoot, and shoot well. It’s like taking photos with a piece of history, such is its iconic status. Cartier-Bresson used one. Larry Burrows used one. One of my heroes, James Ravilious used one. eBay and Wired Magazine rated it the top gadget of all time. I still smile every time I load it with film and sling it over my shoulder. 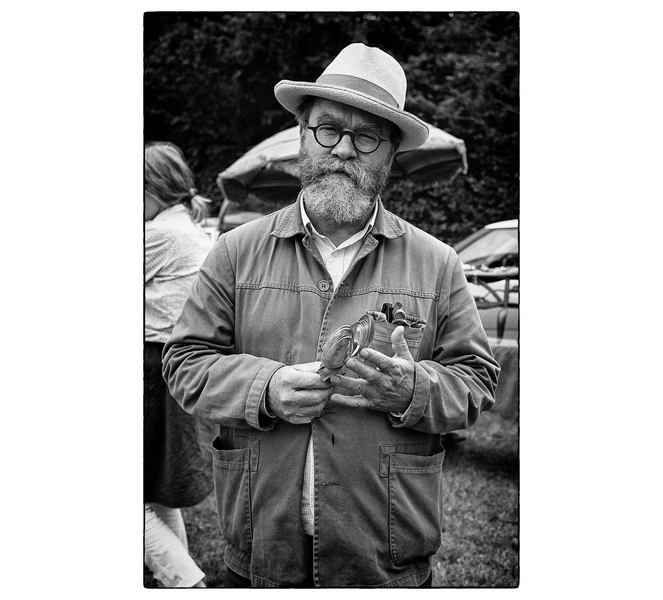 A couple of years ago I was shooting an agricultural show in the Llanthony Valley for the local newspaper when I spotted a dapper gent in a French chore coat, Panama hat and Victorian style beard, carrying a bunch of silver spoons. There’s a photo, I thought, and approached him for a portrait. After I’d fired off a few shots he said, “It’s an honour to be photographed by a man with a Leica, my wife would like to see that”. He called over to a woman nearby and said, “Do you recognise this?” “I’ll say” she replied. “How could I forget?”. Who was his wife? None other than Henri Cartier-Bresson’s personal assistant in Paris in the 1970s.

On that day Seren really was a star, but it could just as easily be shorthand for serendipity. One day she will belong to my son Ned, a photojournalism degree student. We don’t own these things; we merely look after them for the next generation. In five year’s time my digital cameras will be obsolete, paperweights. My sixty-two year old Leica, however, should still be good enough for Ned to pass on to my grandson or granddaughter when the time is ready. Just in case he’s reading this though, I’ve got no intention of passing it on just yet. Our relationship is only just beginning!

You can see more of David Collyer’s work at:

Images © David Collyer 2021. You can see more of David Collyer’s work on Instagram @david_collyer_photographer and on Twitter @nedsoldman