Bulk Films Today: They See Me Rollin´ and $avin´ – An Addendum:
by Ludwig Hagelstein
Bulk films are far from obsolete. While color bulk films are sparse, a plethora of black and white emulsions are available to home loaders today. In this addendum to the article "They See me Rollin´ and $avin´ - A Perspective on Bulk Film Today", published in the 10th issue of SilvergrainClassics you will find a more complete list of currently available bulk film emulsions. 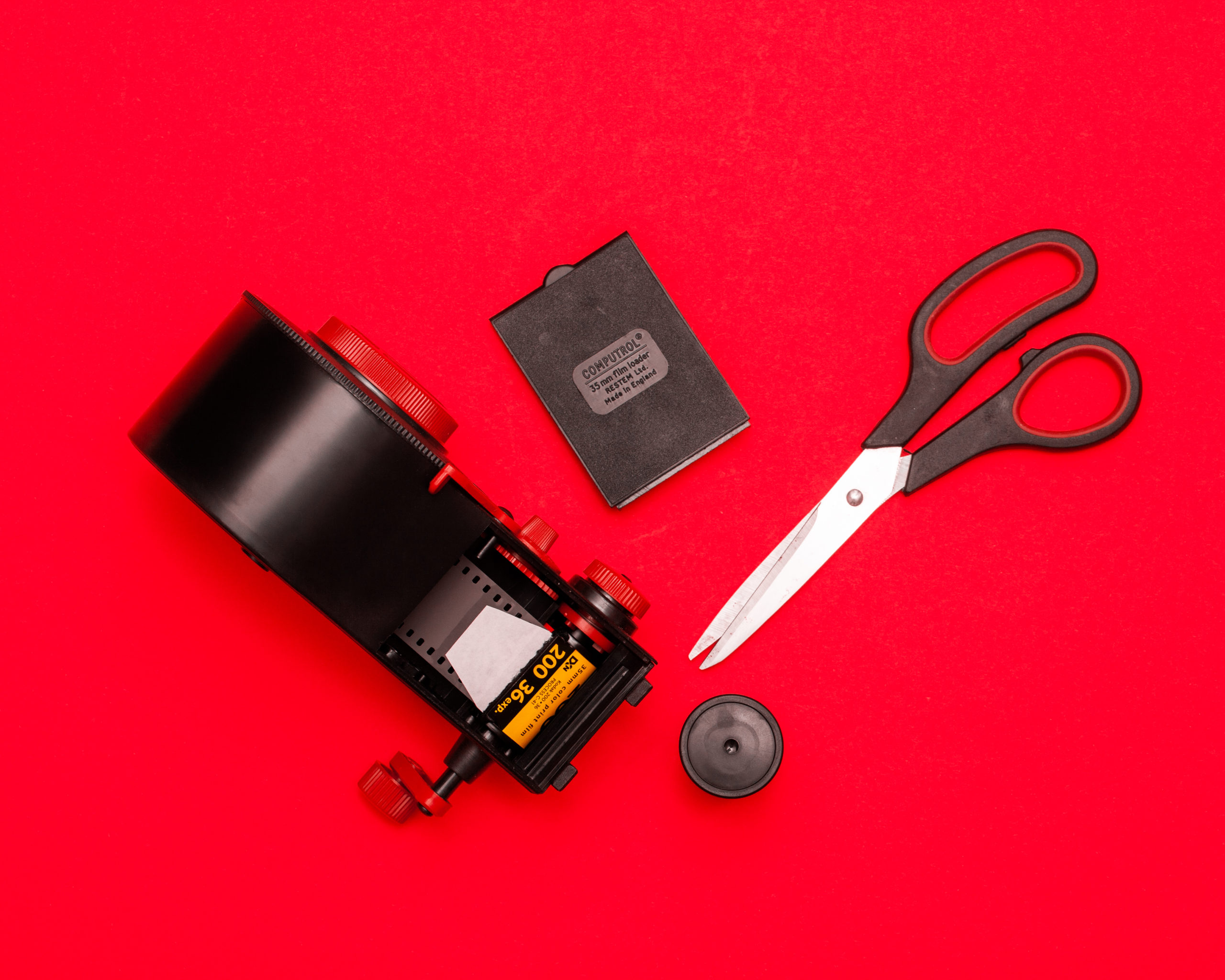 Depending on regional availability and local supply circumstances, currently 20 to 30 different film stocks can be bought in long rolls. While supply is fluctuating, most of these emulsions are somewhat readily available in most parts of the world. If your´re unsure, contact your trusted supplier and ask about a particular emulsion.

How To Load Film?

Before loading your cassettes, it is necessary to load film into your bulk loader. This has to happen in absolute darkness. At first, this might sound a bit daunting, but it really isn´t witchcraft. Depending on the loader you use, the procedure may vary a bit, but generally it´s done like as follows. 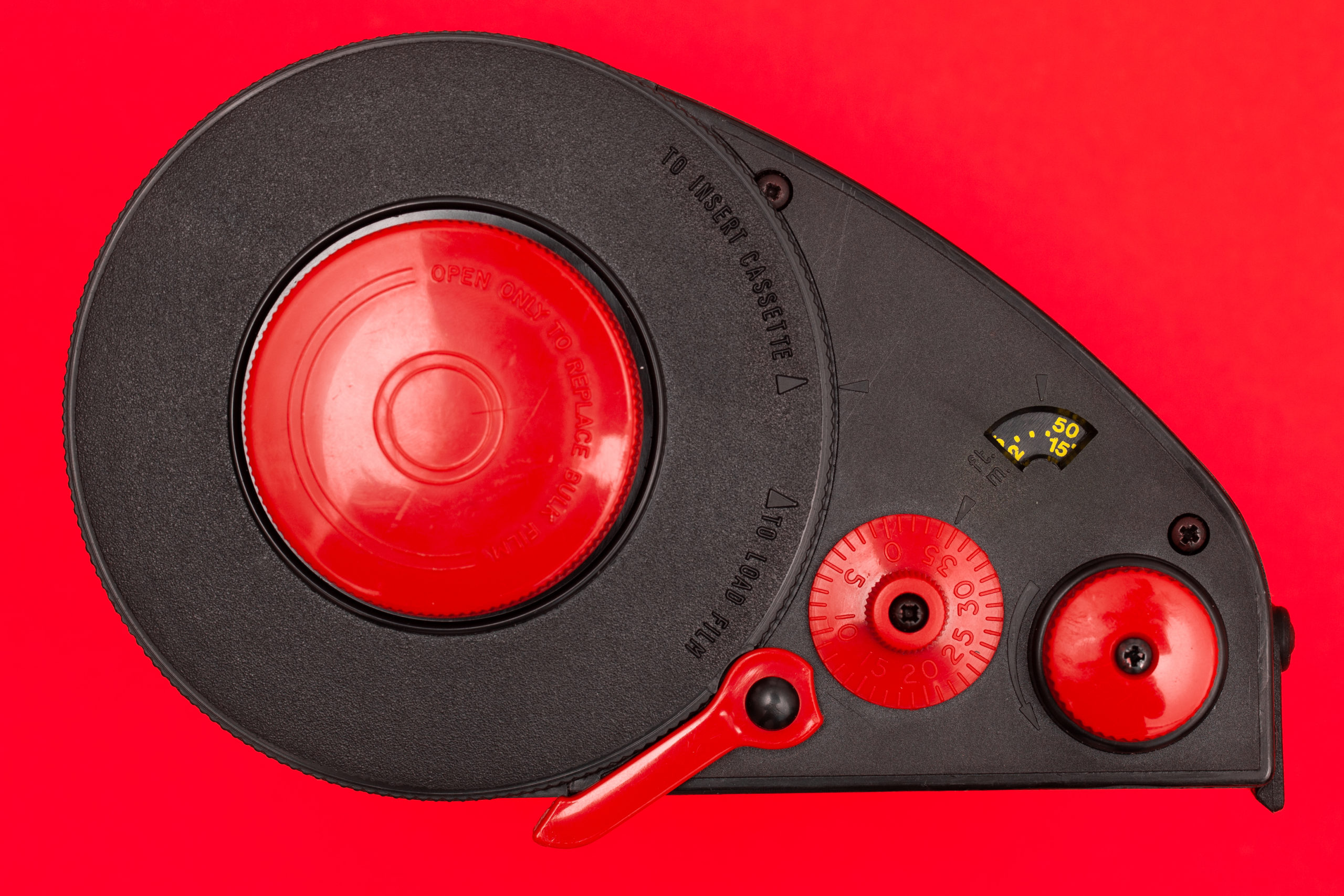 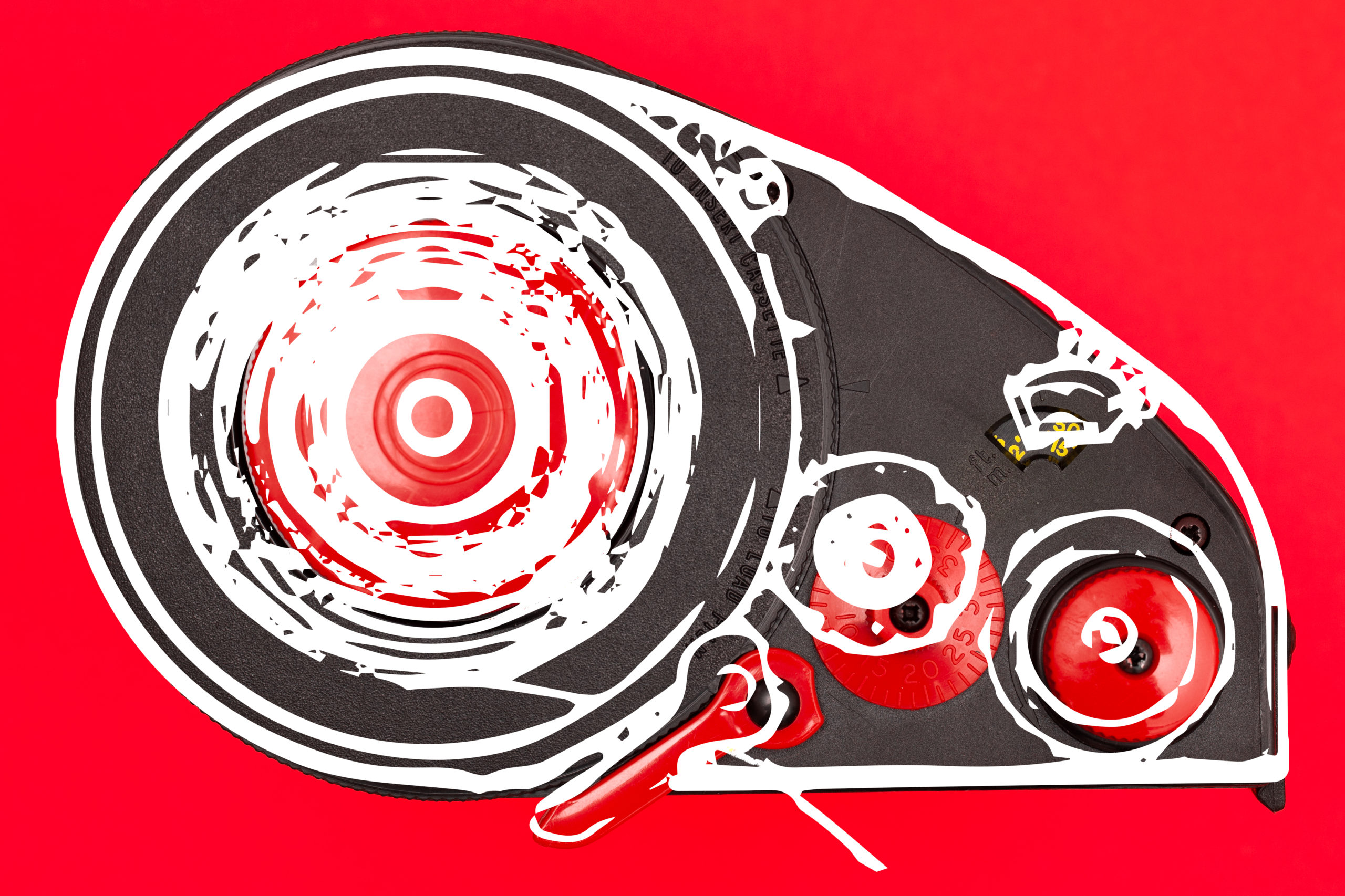 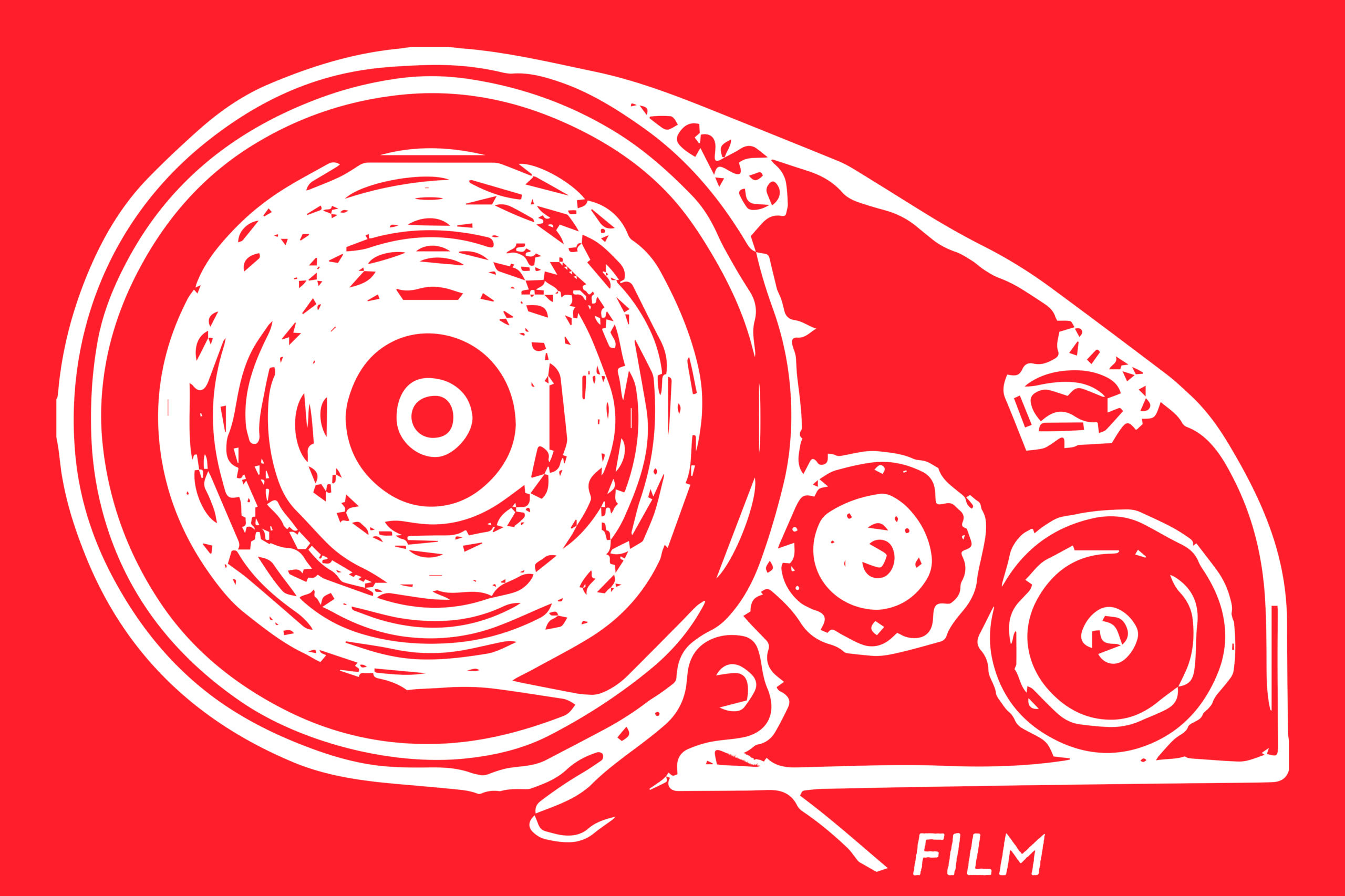 First, familiarize yourself with your bulk loader! Make sure to get a feeling of how it works and where to put the film before trying to insert the film in the dark. Once you have a basic understanding of how your loader is designed, actually loading it is fairly straightforward. It can be a bit fiddly though. I highly recommend reading the manual coming with your loader. If you don´t have one, a bit of Google-Fu should help.

First, familiarize yourself with your bulk loader! Make sure to get a feeling of how it works and where to put the film before trying to insert the film in the dark. Once you have a basic understanding of how your loader is designed, actually loading it is fairly straightforward. It can be a bit fiddly though. I highly recommend reading the manual coming with your loader. If you don´t have one, a bit of Google-Fu should help.

For the Computrol Bulk loader used throughout both articles, online and print, the manual can be found below:

With this particular loader, to open it, the cylinder knob must be unscrewed and the light trap be subsequently removed as well. The light trap´s purpose is later to enable you to open the front door of the film loader in broad daylight, without exposing the precious film inside. 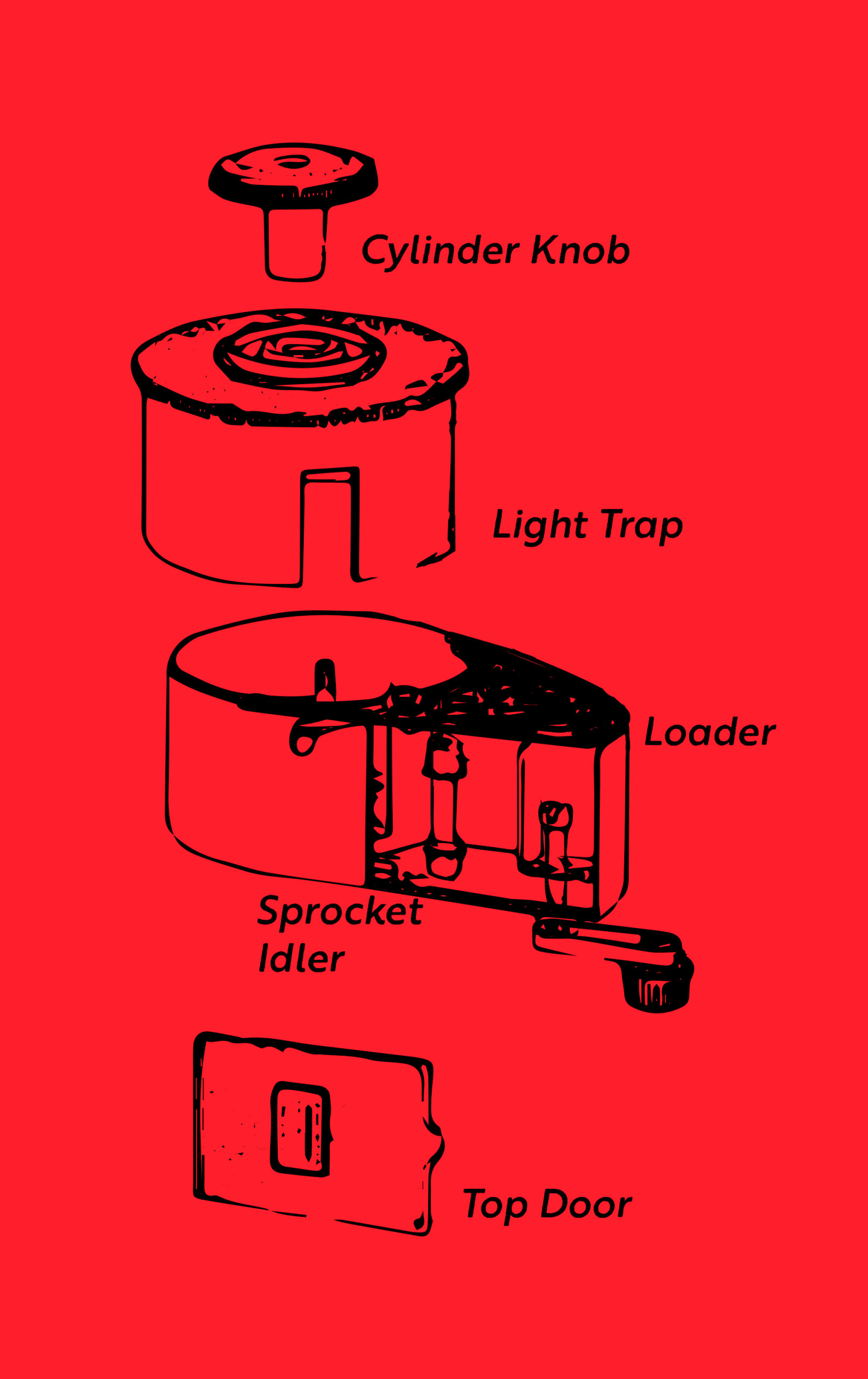 Once the cylinder knob is unscrewed, proceed to lift it off the bulk loader. Remember where you put it though, because once the lights are off you will have to be able to find it again to secure it into its position again. The same applies to the the loader´s top door. Before beginning the actual loading of the loader, remove it as well and store it where you find it in the dark. If you are unsure about this, make a few practice runs without film first to get a feeling of the procedure.

After the loader is open, lift out the inner light trap and place it next to the loader. Have your film ready! Now switch off the lights and make sure you are in absolute darkness. Beware wearables, too! A smartwatch or phone going off while loading 30 meters of film can be a costly exercise, especially if the wrist holding the film suddenly lights up like a Christmas tree. Of course, everything described here can be done in a changing bag as well.  Once the film is out of its protective plastic container or foil wrap make sure to tightly secure it in your hands. Now unwind about 15 centimeters of film and wiggle this leader through the slit where the light trap will later sit and make sure to thread the film above the sprocket idler. This will ensure that the frame counter will later work properly. Also, pay attention which side you are loading! The dull emulsion side of the film must face down. Most films are spooled emulsion side in, so just wiggle the film through the slit from above, and not from below. Alternatively, cut off a few centimeters and place the rest of the film in its light tight casing again. Then switch on the lights and inspect it. Try to feel the differences between both sides. On the emulsion side, your finger will easily slide off the film, while on the base side your finger will experience a greater resistance.

When you have done everything right, your bulk loader is now full of film. But don´t get too giddy yet. First, place the light trap above the film and make sure it properly sits where it should. Then pick up the cylinder knob and screw it in its place, but be careful not to over thread it since this may lead to the film being pulled completely into the loader again. After everything is tightly secured, close the top door, just as a precaution in case the light trap is positioned the wrong way. 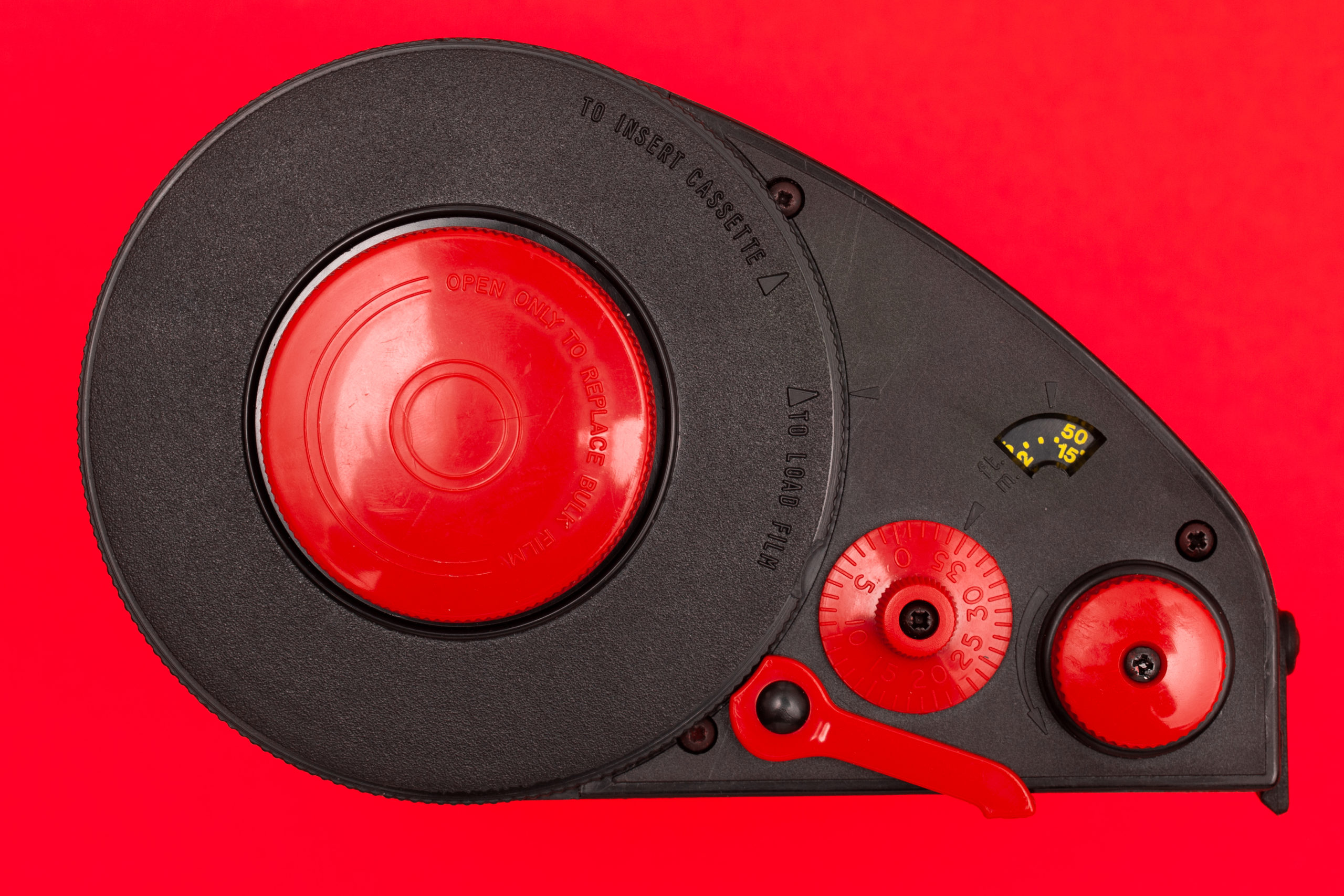 When the lights are on again, and the side of the loader looks like this, don´t open the top! In this case, as indicated by the “TO LOAD FILM” aligned with the little arrow on the loader, the light trap is disengaged. While this particular loader has a “security” feature to prevent accidental opening while the light trap is disengaged, others may not, so pay attention in this step.

To put a 35mm cartridge into the loader for loading, first, close the light trap by turning it counterclockwise until the arrow aligns itself with “TO INSERT CASSETTE” like shown below. Now, you can open the top lid and prepare loading your film.

Open the top and pull out a bit of film. Now, depending on whether you use reusable screw cans or simply reused metal cans attach your film to the cartridge for spooling. In this case, I used a Kodak Gold 200 cartridge with a little bit of film still sticking out. To this original piece film attach a strip of masking tape to join together the old and new film. To ensure a sturdy joint, make sure to slip the new film beneath the old and try to slip it into the mouth of the cartridge. Now make sure the tape actually sticks, and place the cartridge in the loader so it engages with the crank. You are ready for loading your first roll of film now. At this stage, obviously, the top door must be closed again. 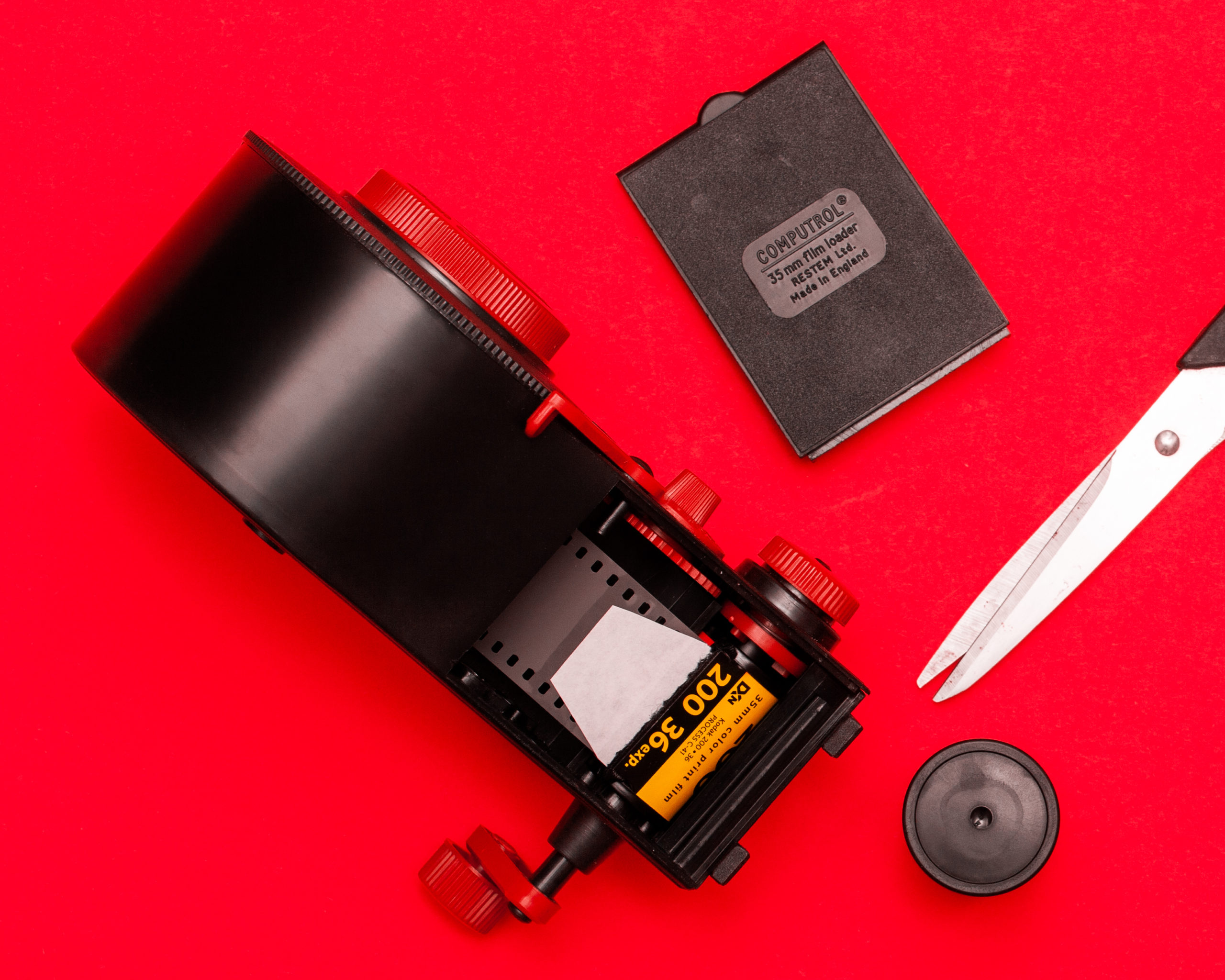 Now make sure to turn back the light trap into its open position aligned with “TO LOAD FILM” and set the frame counter to your desired amount plus three. (If the light trap is still engaged, loading your film will not be impossible, but the film will be badly scratched, so make sure to have the trap open before loading.) To load 24 frames, thus set it to 27. Engage the hand crank to load your film and load until the frame counter reaches 0. For each frame, it will click once, so you can count the clicks as well. After the film is loaded into the cartridge, make sure to engage the light trap again and open the top of the loader. 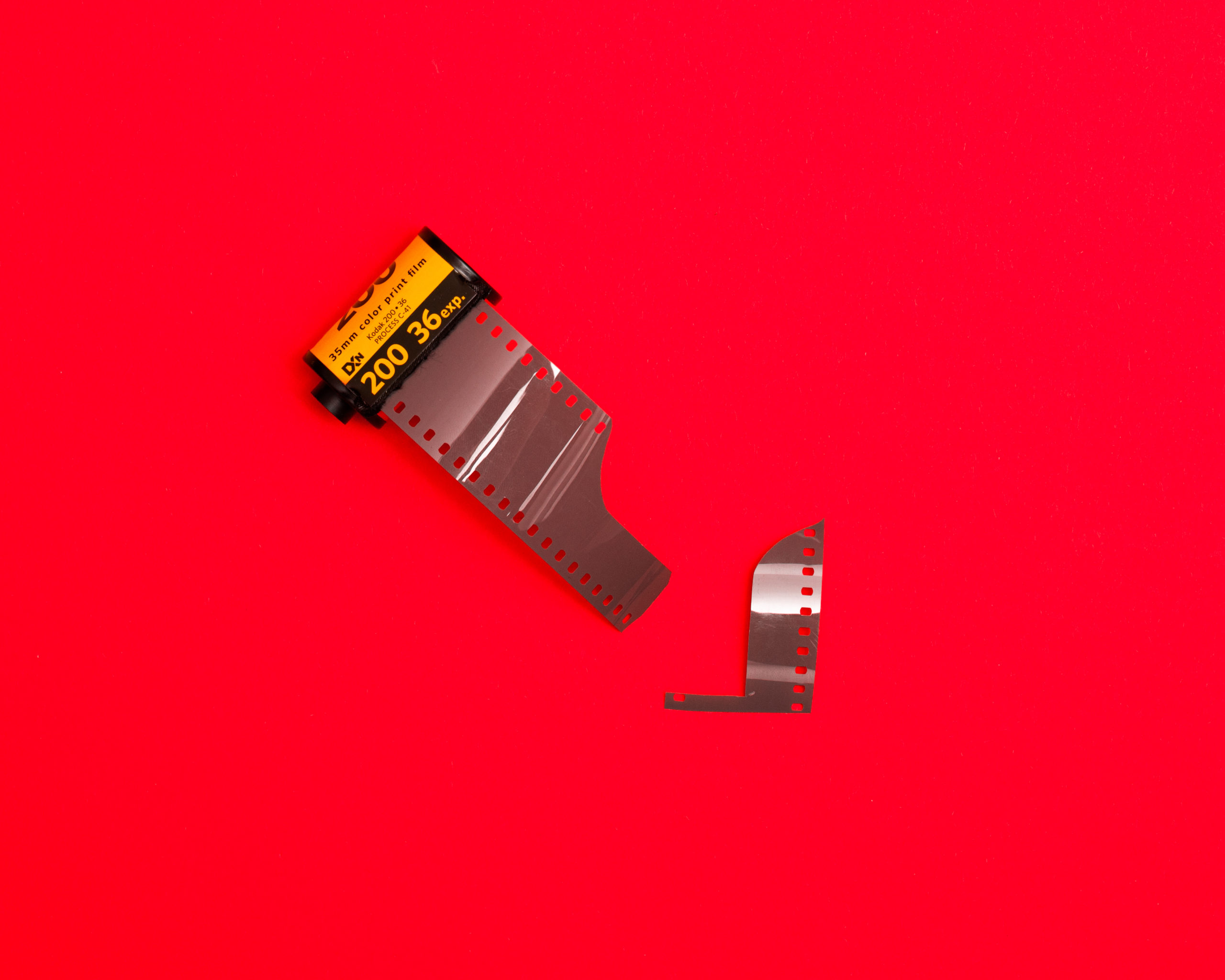 At this stage, you can simply cut off the film (make sure to leave enough in the loader for the next loading cycle) and cut a leader with one swift motion. Congratulations! You now have loaded your bulkloader and your fist roll of self loaded film.

If you are interested in the savings achievable with bulk loading, or want to get a more complete picture of the state of bulk loading today in 35mm and medium formats, make sure to read the complete article on pages 42-44 in issue 10 of SilvergrainClassics.