Krisztina Czika is a Hungarian born artist whose practice centres around recycling waste materials. She upcycles unlikely materials into artworks, often with a photographic component to the finished product. Her latest works have centred around photographic images found in Sri Lanka.

It was a gloomy rainy day when I spoke to Krisztina who was in her studio space in Amsterdam. We spoke about work and particularly the role that photography plays in some of her collections.

Krisztina’s first exposure to photography came from her Grandfather. He always showed her how the different functions of his Minolta MG-M camera. This experience left such a lasting impression that one of the reasons that she prefers analogue over digital is that she finds that “digital cameras simply have too many functions and buttons”. 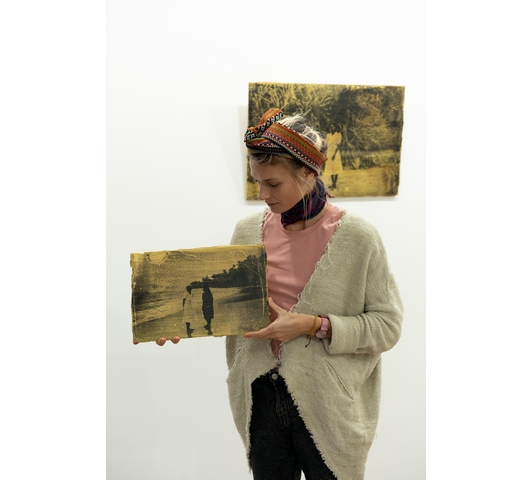 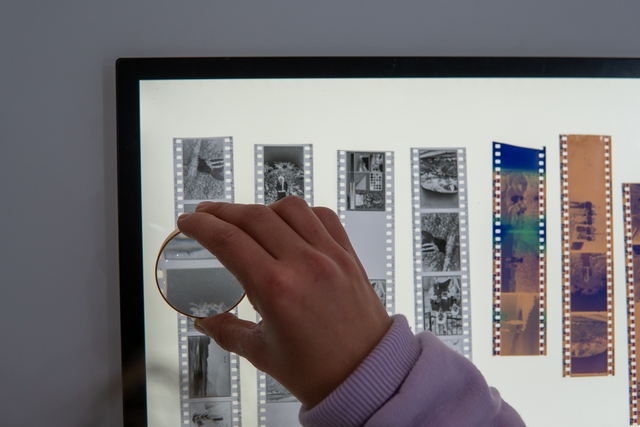 Her Grandfather used the camera to capture everyday scenes around the family farm. He took photographs of newly born kittens, the light on a cow pat, or Krisztina’s Grandmother doing her hair. The films remained undeveloped for many years, and so Krisztina’s early impression was that “photography was an activity that you did rather than a process to make images that you could look at”. Eventually, he started mixing his own developer and could look at the negative images on film. But the results were never printed.

Today, she has her Grandfather’s hat and his camera. She continues “to archive my life and my adventures” with the camera. “It is as if I am continuing the ritual”, she explains.

In January 2020, Krisztina took up an artist residency in Colombo, Sri Lanka. A few weeks later, the pandemic struck. Krisztina was convinced that this would only last a few weeks and so she decided to stay. As travel restrictions lifted in Sri Lanka, she found that she was still trapped on the island because of restrictions in Europe. She endured 8 months of strict lockdowns and curfews.

However, every cloud has a silver lining. She found a box of negatives discarded in a rubbish pile the street. Shot in colour, they show a Buddhist family on holiday moving through the central and southern areas of Sri Lanka. This in itself must have been highly unusual because at the time Sri Lanka was gripped by a Civil War, and these areas were the foothold of the Tamil Tiger movement.

Somehow finding the images of a family having “amazing times” during a period of conflict and hardship contrasted against Krisztina’s own “miserable times”.

The images are dated to 1991, based on the date stamps on the found footage. With the help of a social media campaign, the images have been located. The location of every scene has been identified, although not a single person in the series has been found. 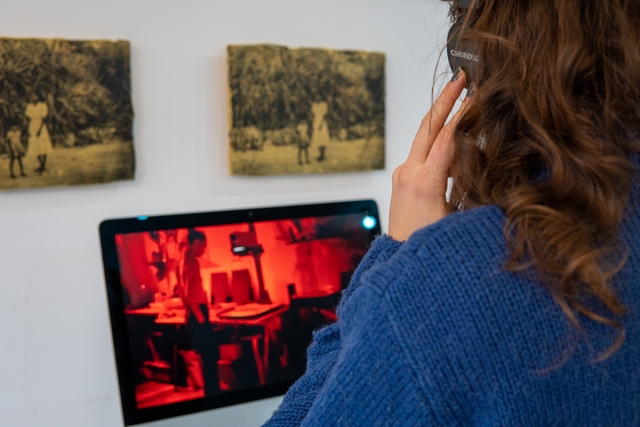 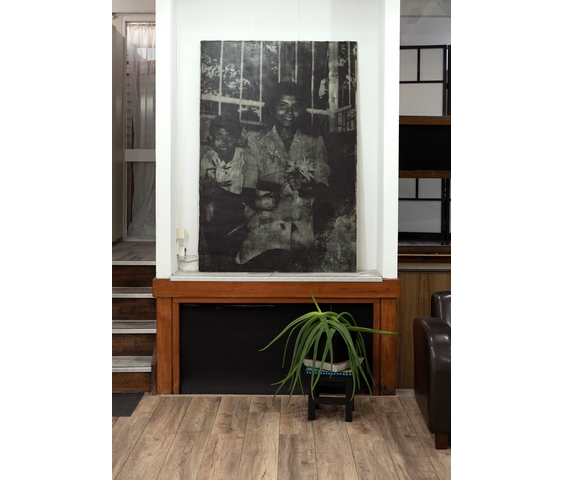 Even today, many Sri Lankan women are expected to stay at home and look after the family. This group are excluded from the recreational aspects of Sri Lanka’s coastal areas. Unusually, the series of found images show women swimming and enjoying the sea during troubled times, and in this sense, the work challenges traditional attitudes towards gender equality.

Images from the series have been printed in her darkroom and are between 90x120cm and 180x240cm in size. These are no ordinary prints. Krisztina has moved away from printing on paper as she felt that using new material conflicted with the principles of her artistic process. She manufactured slabs of concrete on plywood, and treated the surface with adhesive, gelatin, and then Rollei photographic emulsion. This choice of materials gives permanence to images which might have otherwise faded away.

The two series “Between Lockdowns” and “Visiting Mermaids” were exhibited at BIG ART NL and The Embassy of Art in the Netherlands at the end of 2020. I saw some of the unsold prints which are in Krisztina’s studio and the remaining “prints” look stunning.

Krisztina felt uncomfortable profiting from found images, and so the proceeds were donated to charities in Sri Lanka which provided support for those in poverty and female empowerment. 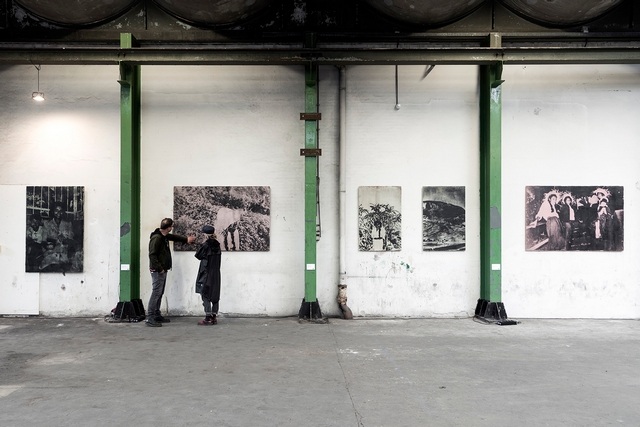 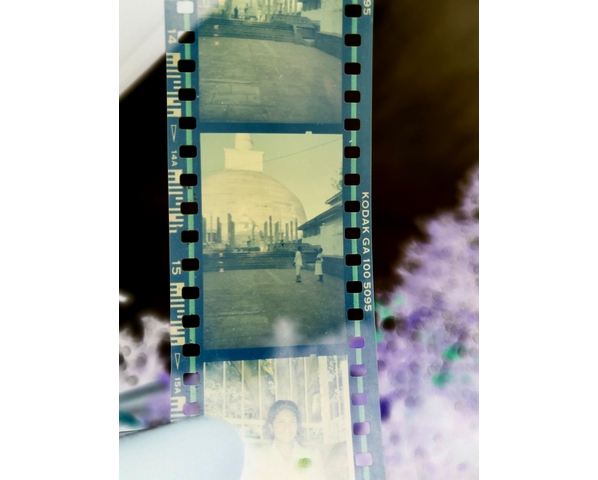 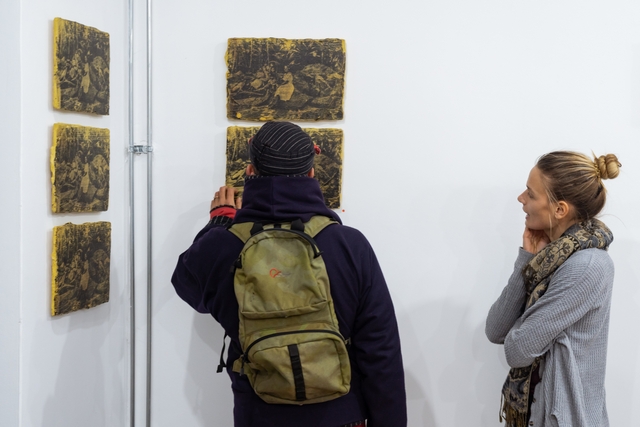