A mixture of analogue passion, business acumen and a strong desire to achieve process repeatability seem like just the attributes that one would expect a film processing lab owner to have.…

Alexie (Lexie) Rieza, is an HR Manager by profession and a passionate analogue photographer outside the corporate world. A mixture of analogue passion, business acumen and a strong desire to achieve process repeatability seem like just the attributes that one would expect a film lab owner to have.

But putting aside the funky name, Filmoticon Spacelab isn’t an ordinary film lab. Based in Dubai, this lab operates from the front room of Lexie’s apartment. It’s cosy, in a kind of authentic film lab kind of way.

It started in 2016 when Lexie purchased a second hand PhotoTherm film processor, “and went from having an unprocessed film backlog to enough capacity to develop film for his friends too”. However, because of the poor standard of the official film lab, he was soon overwhelmed with orders and had to turn customers away. 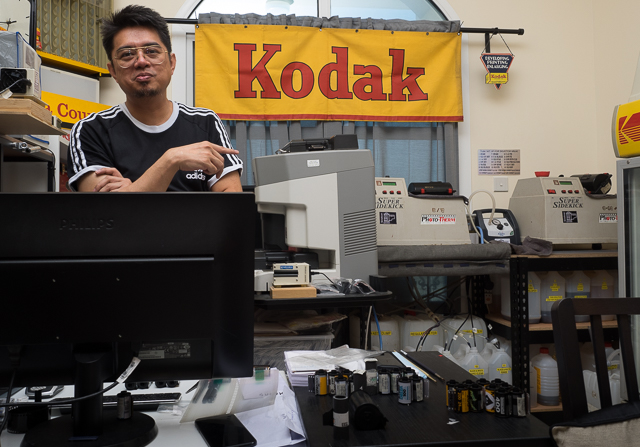 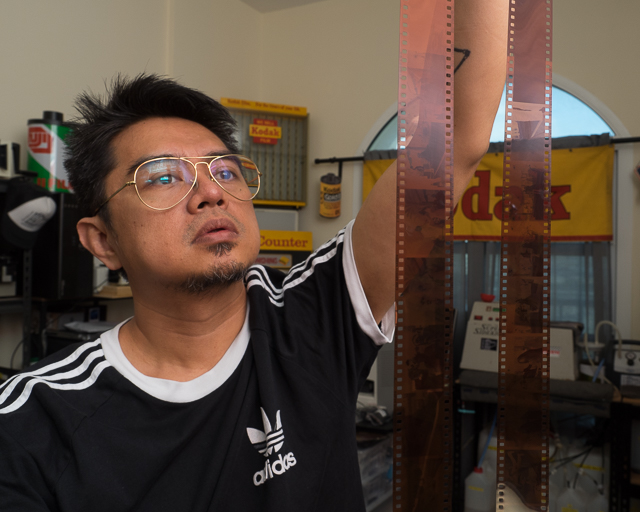 In four years, he set up a business, and  has invested all of the returns into new equipment. He is now the proud owner of an extraordinarily well-equipped lab. In 2020 many businesses can only dream of organic growth at 20% per quarter! Filmoticon is not only picking up a significant share of processing in the UAE but is attracting business from across the Middle East.

Filmoticon-Spacelab’s latest acquisition is a Noritsu QSF-V30 film processing machine. This can process 30 C41 colour negative films in an hour. The chemistry is automatically replenished, so there is far less waste and this is much kinder to the environment too.

Shortly after I arrived, Lexie started up the Noritsu. New fixer was mixed using his fancy electronic chemical stirrer and because Friday is the day that the machine undergoes its weekly diagnostics check, he set the test running. Ten minutes later and the processor is quietly humming as the first two films were working their way through its innards. Today’s load is two days of orders and is split evenly between colour and black & white film.

Five minutes later, there is a loud beep and the machine demands to be fed again. Lexie has a passion for record-keeping, and before any film is processed, “the metadata” is meticulously recorded on the lab pc. He knows exactly how each roll was processed from the age of the chemicals, agitation, temperature, etc. 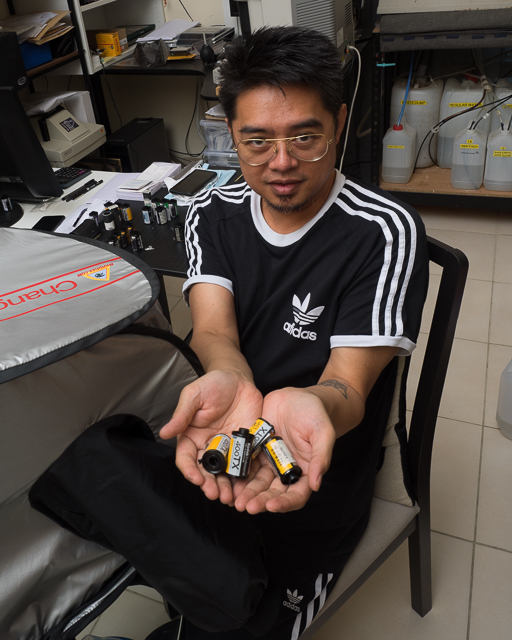 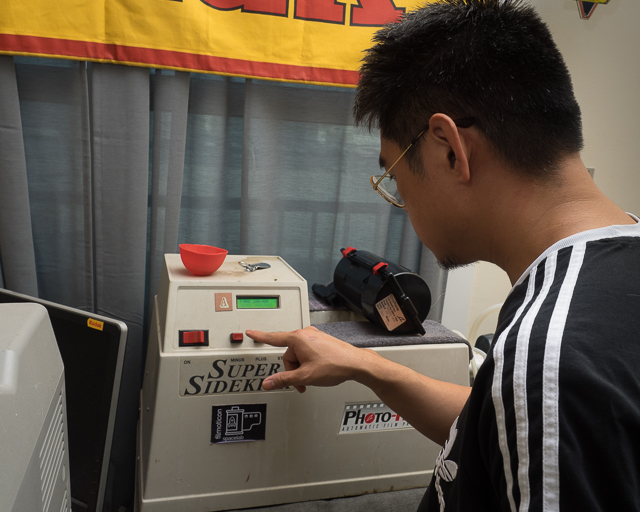 Lexie recalls deciding that he would scan all of his childhood negatives. “After all, he does have access to many high-quality scanners including two Noritsu scanners. He flew back to the Philippines on holiday and found a box of negatives in his room. Each set was carefully labelled. “Perhaps I have always had a fascination with data”, he muses.

Black and white and E-6 transparency film are still processed in the PhotoTherm machines. He now owns four of these, although one is used for spare parts. The film needs to be manually loaded onto spirals in a dark tent and these sit in a special drum. Once the process has been programmed, the machine controls the chemistry temperature, agitation and development times. From beginning loading to having films ready to scan is taking about an hour for black & white compared to the 5-minute cycle for colour negative film.

In between film loads, Lexie is showing me the equipment in his lab. It is truly an Aladdin’s cave of processing equipment that is rapidly increasing in value. There is a machine for retrieving the film leader from 35mm cartridges, a film negative sleever machine, and an anti-static machine to suck dust off the film before scanning. The lab has the best Japanese film scanners including a Noritsu LS600 and a Noritsu HS1800, top of the line Epson V850 flat bed scanner, a Nikon CoolScan 9000 ED, and Kodak scanners from the 1980s and the 1990s namely Pakon F335, Pakon 135+, Kodak RFS 3570 Plus.

“The Kodak scanners have quite low resolution, but I bought it because I wanted to see how the Kodak engineers saw their film back in the day”, explains Lexie. “Interestingly it renders Portra with quite vivid colours. Much more vivid than the way that the Japanese film scanners interpret it”.

As Lexie talks about processing film, one can’t help but realise this is a labour of love. “I am highly privileged”, he explains. “I am the first person in the world to see a photographer’s images”. 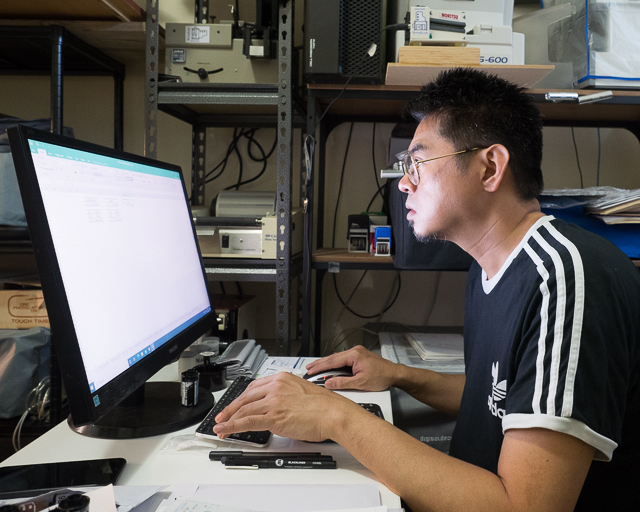