I was asked recently if I had any ideas for a fly-by-night, last-second project to represent the danger to culture caused by the pandemic… 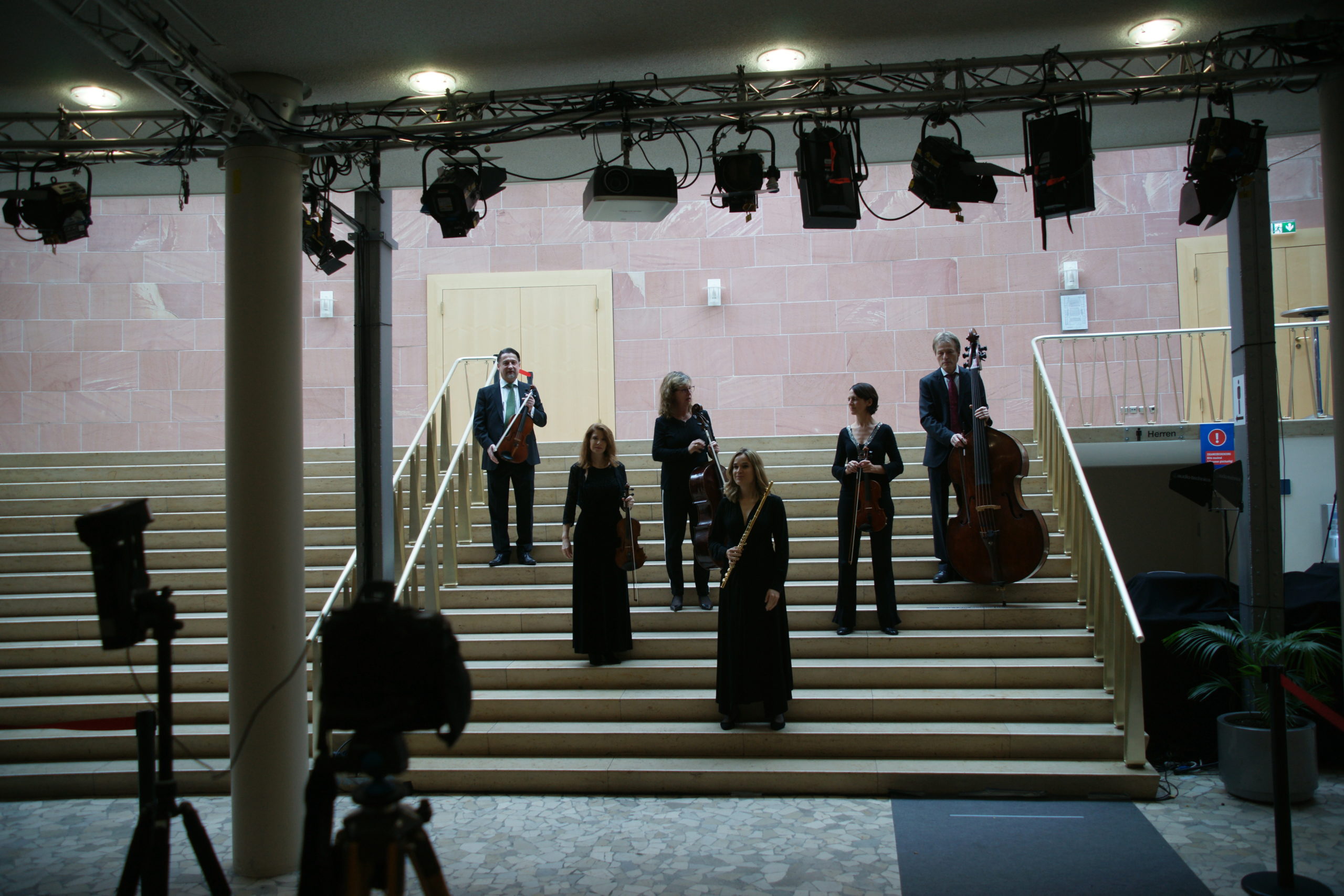 I was asked recently if I had any ideas for a fly-by-night, last-second project to represent the danger to culture caused by the pandemic. My orchestra, the Frankfurt Radio Symphony, had been contacted by a coalition of orchestras in Munich with a Call To Action. The idea was to represent the silence that will happen if cultural and entertainment organizations aren’t given the support they need to survive the current economic situation.

Many musicians were making photos or short videos of themselves not playing their instruments, on stage or at home. My spontaneous idea was to show the decline that happens gradually, at first unnoticeably, seeing the silence as the result. I thought that film photography would be the right way to capture the immediacy and reality of the situation. 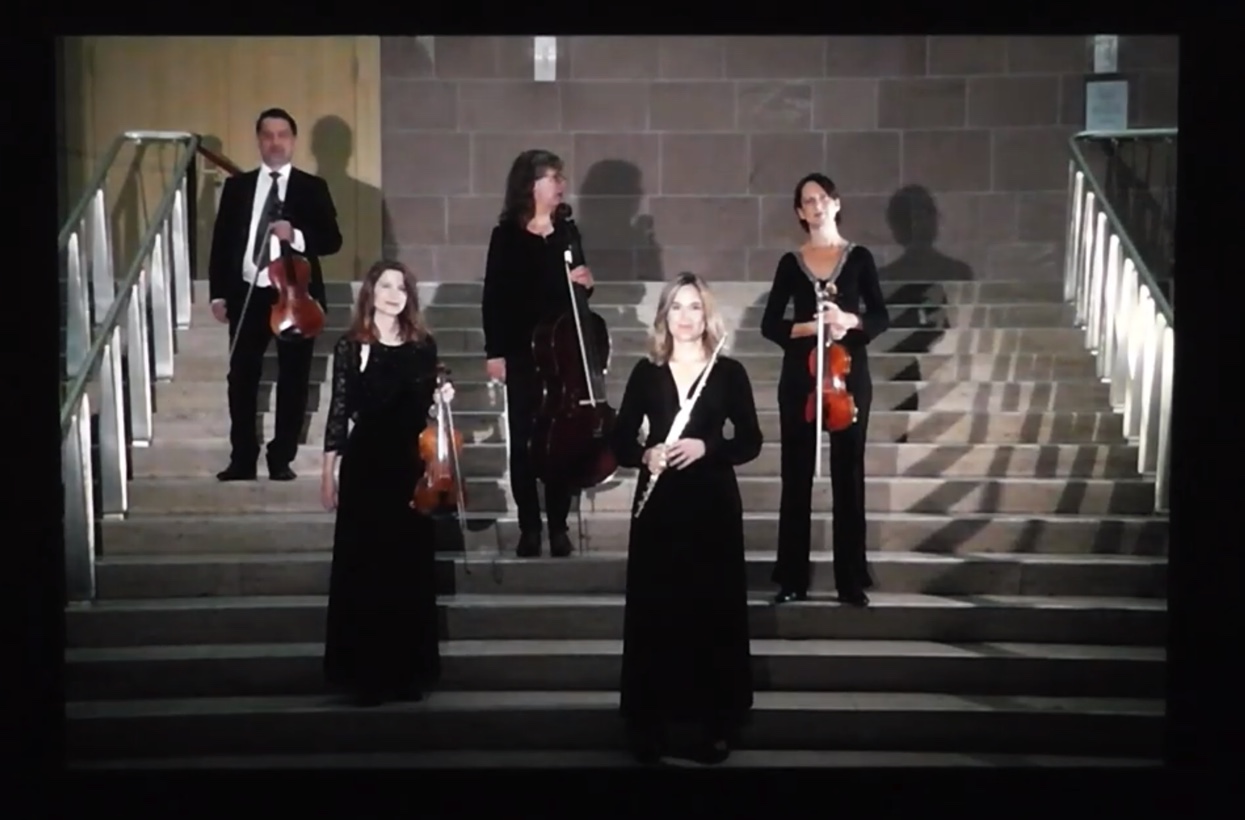 At the time, he didn’t have the luxury of financing a personal fine art project. So, he approached quite a few of the well-known, mainstream, glossy publications that he routinely worked for. However, none of them were interested. Then, as a kind of “cold contact” last try, he wrote to Emerge magazine, which was owned by Black Entertainment Television. Two days later, he received a call giving him the OK to go ahead with the project.

Luckily, he had the contact details of the man he had met in the plane, who was an important figure in the Cowboys of Color scene. With a letter of introduction and a suggested itinerary of sorts, he set out to see what he would find, and the tightly knit culture surpassed his expectations. The people he met were committed to keeping their traditions alive, whether as full-time ranchers, pro rodeo stars, or hobbyists. 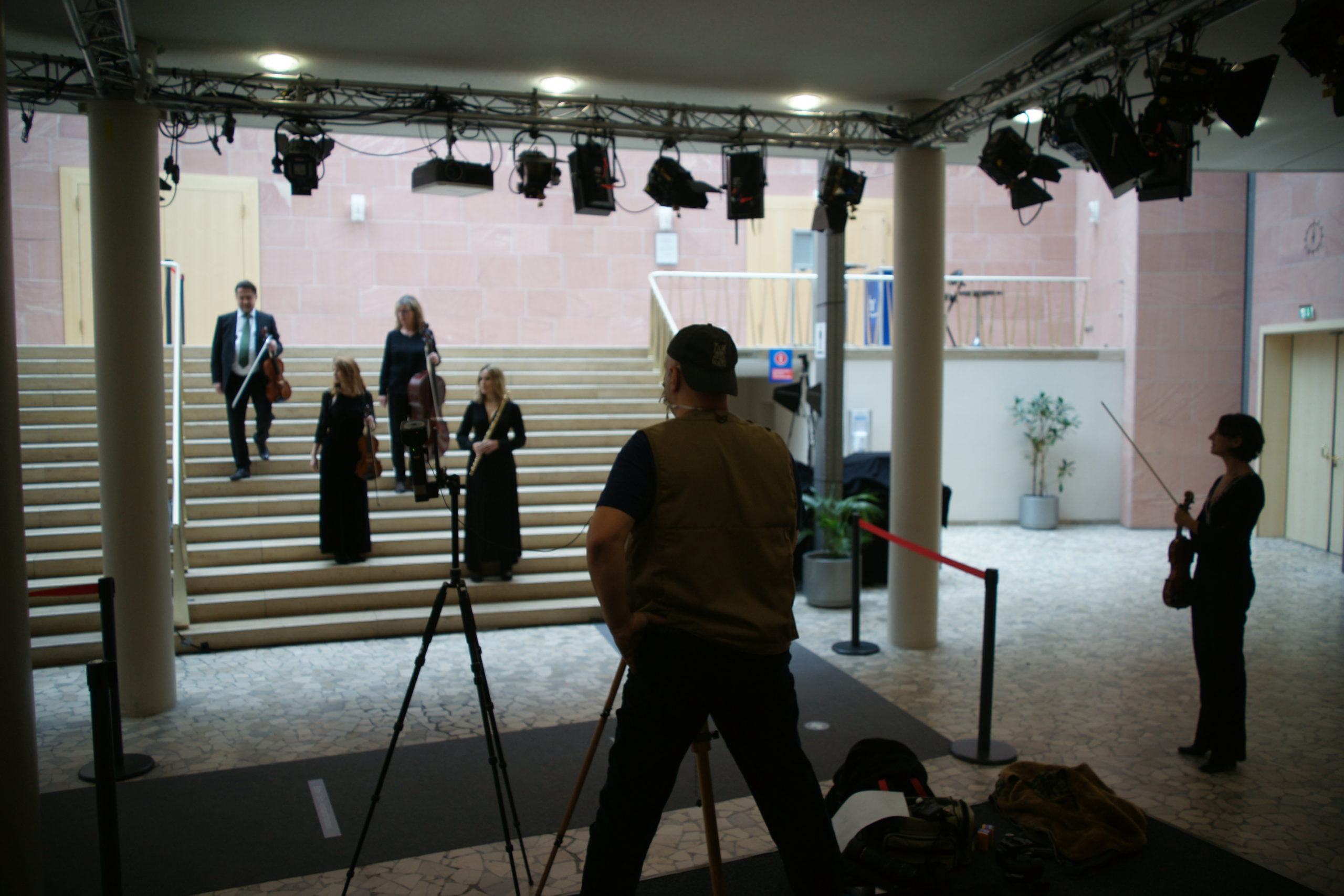 But we were given a very narrow window of opportunity to participate— only four days from the glimmer of an idea to the time the projects would be posted on a centralized social media wall. I was sure that my idea would be more effective than simply making photos of musicians “not playing,” but would we be able to organize the players and the sound engineer, make the photos, develop them, scan them, and edit them into a video all in the space of four days?

Fortunately, Marwan Mozayen was in on the ground floor of the project and offered a great solution. “We’ll shoot slide film and project the images! Then we don’t have to go through the whole scanning process, we can just make a video of the slide show.” Marwan was confident that he could make a compelling set of images in a short session and would be able to develop them the same day in the SilvergrainStudioLab. 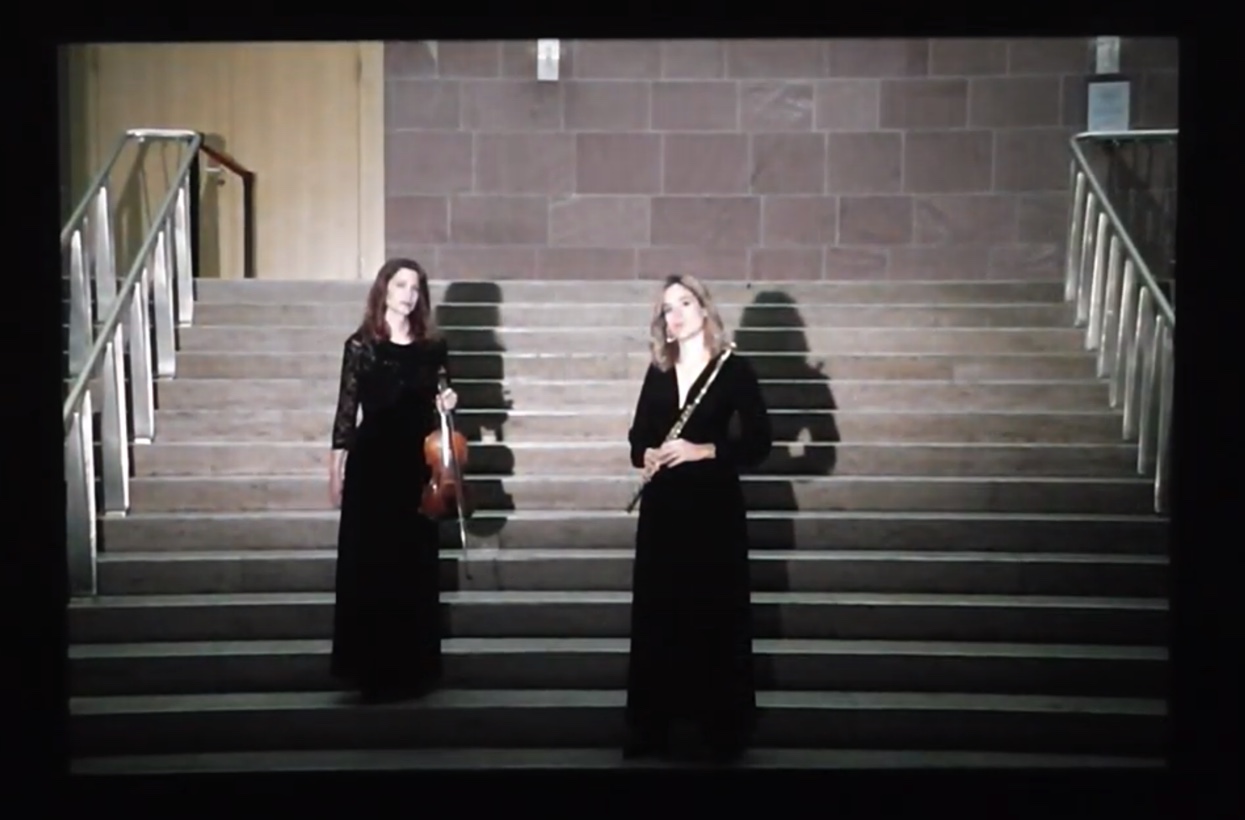 My colleagues in the orchestra were ready to help at a moment’s notice, and we soon had a piece of music, a small ensemble, and a sound engineer committed for a Sunday morning. It is a wonderful thing working with professionals who are not only very good at what they do, but also very passionate! The photos were done in one hour, and the recording in 20 minutes.

Marwan used Kodak Ektachrome in his Minolta Dynax 9 with a Tokina ATX Pro 80-200mm 2.8 lens. His dedicated compact wireless flash system was a real plus, with quick and easy set-up: the Metz 45CL digital with a Minolta 5400HS. The complex lighting situation, with a mix of overhead daylight at very different levels in addition to the flashes, was mastered with the help of a Gossen Starlite 2, and the Ektachrome performed excellently, as usual. 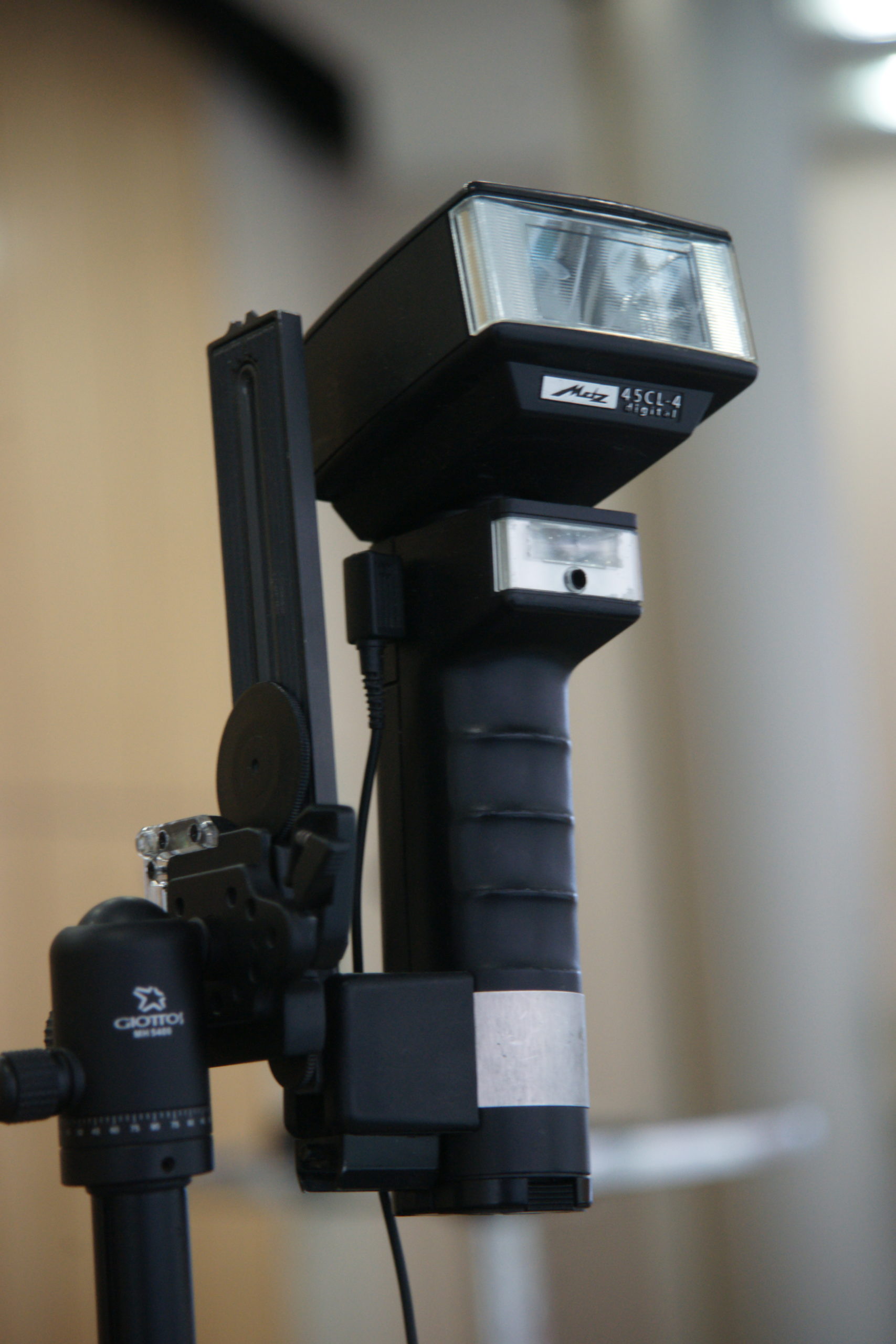 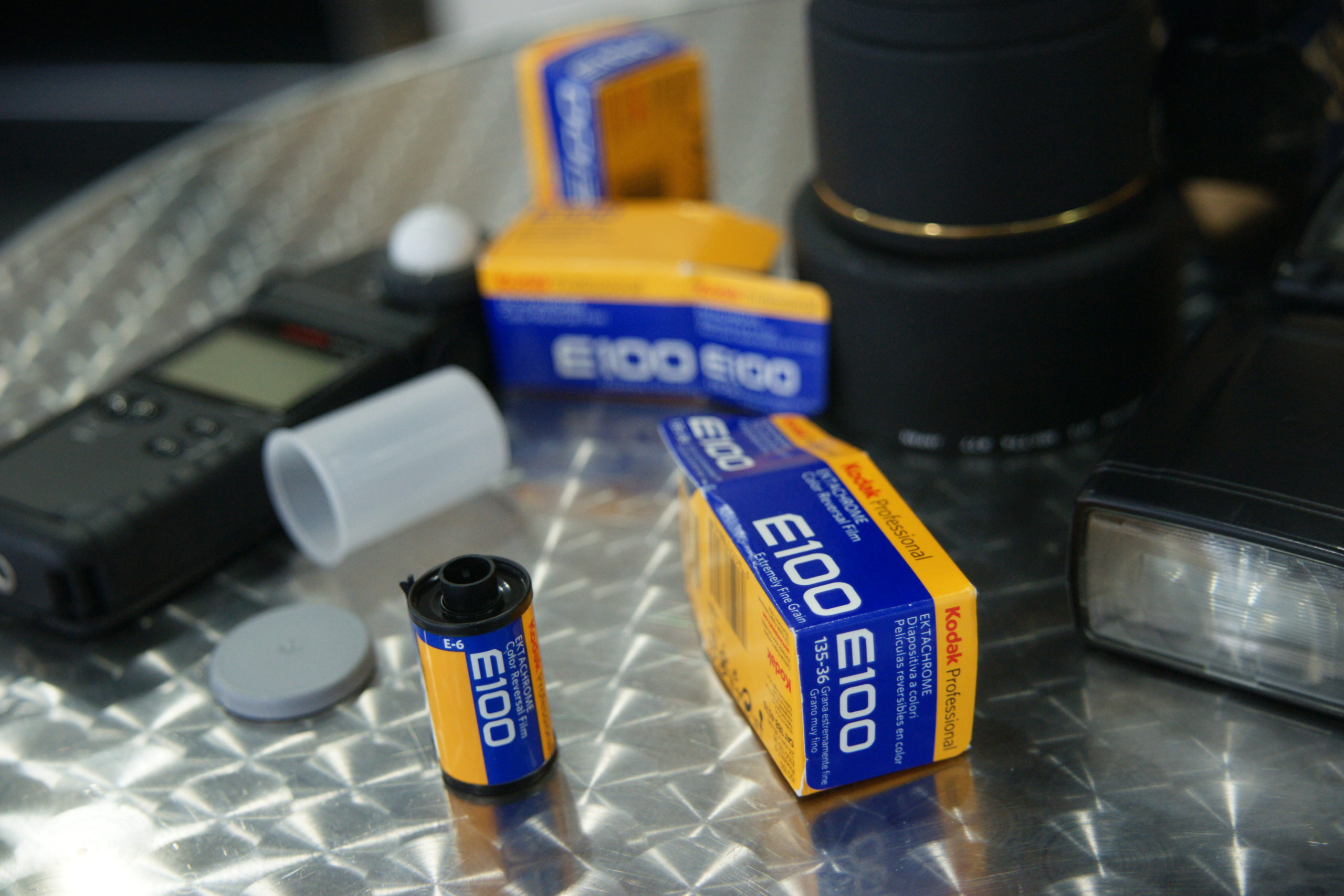 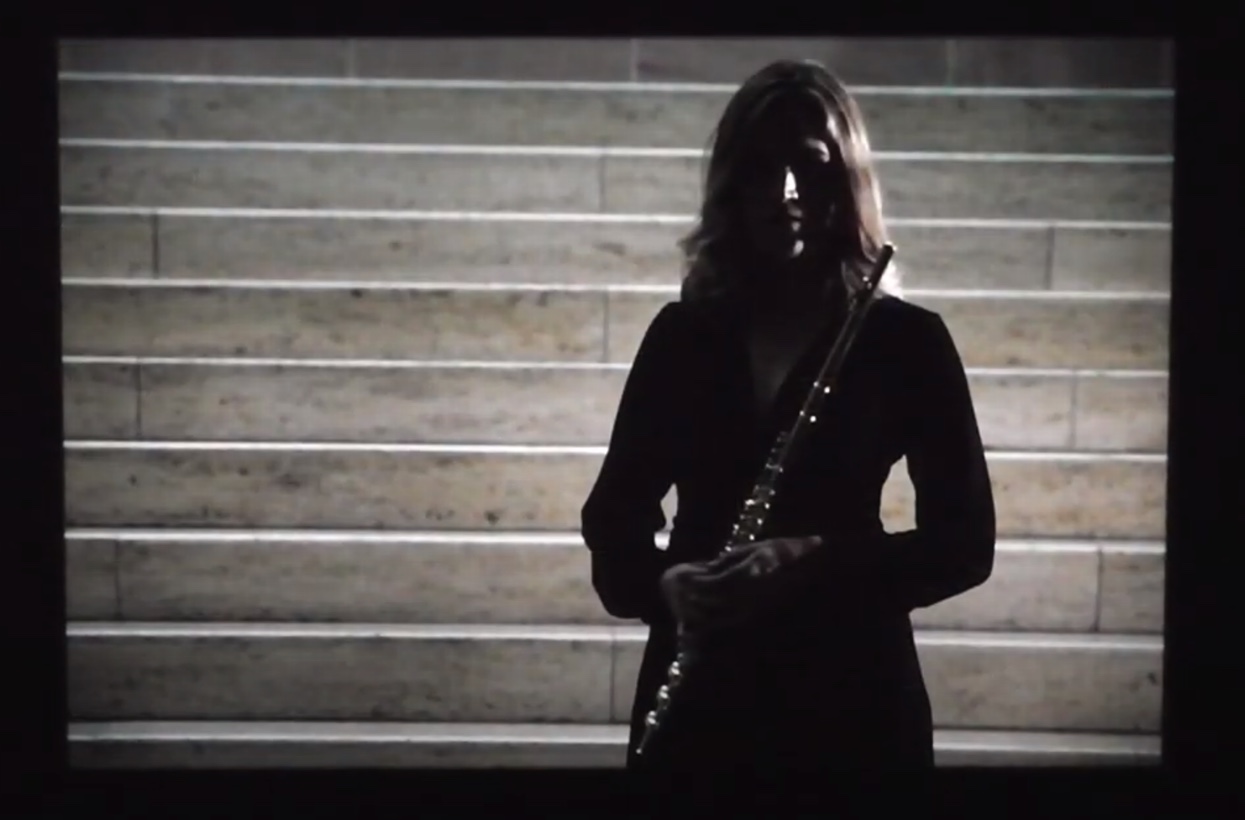 Seeing the slides projected the same evening that the photos had been made was a wonderful experience in and of itself. Marwan’s sophisticated Rolleivision Twin MSC 300P slide projector was programmable for split-second timing. After we had the images coordinated with the music, it was easy to make a video of the projection on the screen and combine that video with the soundtrack, ready for upload the next day.

The result is, in my opinion, particularly poignant, a unique combination of two analog arts to bring attention to an important issue. The relevance of both live music and film photography has been increasing in the past years; we all can and should be looking for ways to help support the arts so that they continue to be a part of our culture in the future.