Jane Fletcher-Scadden at her home near Carterton, New Zealand.

Jane Fletcher Scadden is a wife, mother, professional photographer, and full-time film archivist. But she finds escape from the pressures of daily life into the world of analogue photography. “Analogue photography is personal. It doesn’t have a figure attached to it or a timeline. I like it because the results are mine”, Jane explains.

She spent Lockdown printing in a darkroom housed in one half of a container in the backyard. During this period, she made portraits of the neighbours across the fence and gifted them the prints.

The other half of the container houses her husband Brian Scadden’s collection of historic cameras and daguerreotype and ambrotype images. Brian is a well-known figure in the New Zealand historic photography scene. Jane met Brian when she attended a wet plate course he ran six years ago. They are now happily married and share a joint passion for photography.

She also printed images from a honeymoon trip to India with Brian (his 5th visit!).  These prints have been made for her own pleasure. “I do it for the enjoyment of the process”, she explains. One of her most memorable images is of a couple of young men smiling broadly as they played with the snow at Simla.

Describing the experience as colourful, raw, alive, she is still amazed at how people lead ordinary lives amongst the chaos that is life in an Indian city. She describes scenes of “noise and dogs. And people who were just so happy. We always stopped to talk and had a joke with them”. 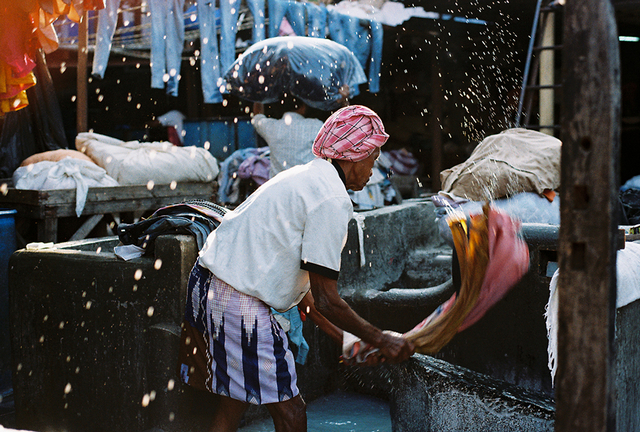 Women walking along the railway line.
While browsing Facebook, Jane came across a section titled “People You May Know”, and underneath that a button that said “Mutual Friends”. Curiosity made her look and she wondered if the “Six Degrees of Separation” principle applied to Carterton, a town with a population of about 9,000 people.

As early as 1929, the Hungarian writer Frigyes Karinthy speculated that anyone in the world could be connected to anyone else through a chain consisting of no more than five intermediaries. Add in the last person in the chain and this is equivalent to six degrees of separation.

In 2016 Jane won a grant from the Creative Arts Council of New Zealand and her project “Six Degrees of Separation” came into being. She made six series of images, each of six people. Jane chose the initial sitter from six categories; child, youth, business, sport, iwi (Maori for family lineage) and the elderly. Each sitter then nominated the next sitter until a chain of six portraits had been made in each category. They had to be Carterton residents, known to the sitter on a first name basis but not be a family member. 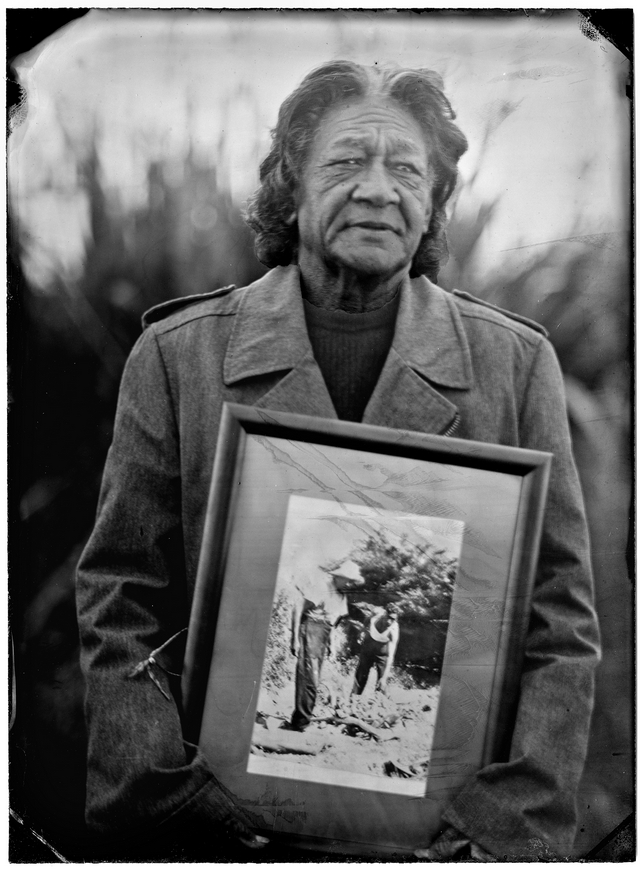 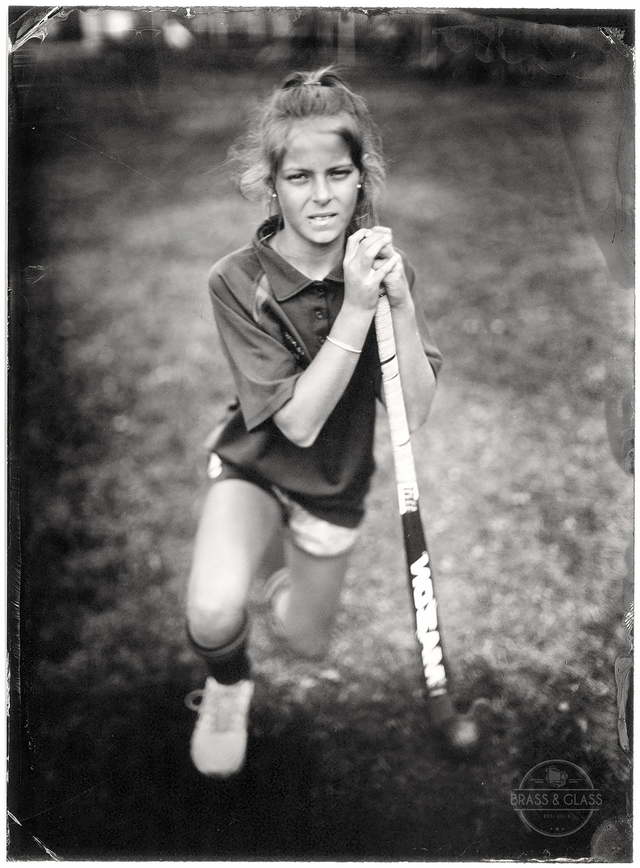 Phoebe from “Six Degrees of Separation”.
The project was shot using the Wet Plate Collodion process, selected for this project because the “Tintype” was often the last record of a loved one during the American Civil War. “I enjoyed this method creating for its reflection of silver and almost surreal nature of the image” reflects Jane. She and Brian drove back and forth across Carterton and the surrounding area each weekend. Because of the random way that the chain unfolded, they often found themselves back in the area that they had been in earlier in the day.

Today the collection is held at the Masterton Archives, and in 2017 an accompanying book was published.

I asked Jane what is next. She and Brian had plans to return to India, however, they aren’t sure when they will be able to return.

She has another project idea forming, “Love on the Lines”, in which she wants to seek out people who met through the local Wairarapa railway line and went on to form lasting relationships. The idea was sparked by one of the sitters in the “Six Degrees of Separation” series was photographed holding a portrait of her late husband who she had met on a train. It is a very interesting idea, but she “doesn’t have as much downtime as she had in 2017”.

We have a small favour to ask. We want to make these online articles free to the world. We see it as our contribution to the photographic community. You can help by subscribing to our awesome analogue photography magazine – https://shop.silvergrainclassics.com/subscriptions/