I am as prone to Gear Acquisition Syndrome as the next person – who hasn’t lusted after a shiny whizzbang piece of kit, gradually convincing yourself that this essential addition to your arsenal promises to open new and as yet un-imagined creative possibilities… and the next thing you know you own three 85mm lenses! (Or maybe that’s just me…)

Similarly, I am not immune to the enjoyment factor of shooting with film cameras. Some of my favourites are beautifully crafted, tactile, mechanical works of art that are a joy to hold and behold. (Yes Nikon F2 I’m looking at you.) All this being the case I was a relative late comer to the whole ‘toy camera’ thing— in fact, I’ll admit to initially being slightly scornful about these cheap, plasticky affairs.

Thankfully, inspired by some of the dreamlike, ethereal, and strangely evocative images I’d seen created by the likes of David Burnett and Nils Karlson among other Holga users, my interest was piqued. I managed to „get over myself“ and became the proud owner of a Holga 120N.

Before we get into its otherworldly image creating abilities, let’s tackle the biggest sticking point head on. There’s really no escaping the fact that the Holga 120N is basically a crappy, child‘s toy camera with a plastic lens (an optical lens don’t you know) and only the most rudimentary controls and features.

It is quite literally a cheap plasticky box which isn’t very well put together at all; the back of the camera has a cheeky habit of falling off if not held in place with cellotape. The only part that isn’t plastic is the thin metal spring that triggers the shutter; and a finely-crafted,precision instrument it is not!

So why the heck do so many people (myself now very much included) rave about this camera?

As we’ve established, the camera itself is nothing to write home about, so it really is all down to the images that it is capable of creating. The (optical) lens is actually surprisingly sharp in the middle, whilst the distortion around the edges adds that ghostly, otherwordly effect which is very eye-catching. It uses medium format film which gives it a specific look.And images have a 3D-like depth to them which adds to the mystique. But it’s much more than the aesthetic qualities of the images this camera is capable of that appeals to me.

The Holga is a very interesting proposition in that it is the very lack of controls, features or creature comforts of any kind which make it so interesting. In this world of high-techinstant gratification (an allure even us film shooters are not immune to) the Holga is an exercise in limitation. To shoot unencumbered by dials, switches, menus, adjustments, meters, readouts— it’s wonderfully freeing! it’s just you, a roll of film, and a cheap plastic lens vs the world!

Focusing is done via the tried and true zone/guess method with a handy sticker atop the lens to help you decide if you’re taking a photo of a single person, a group or a far away mountain.

Depth of field comes in two settings, sunshine or cloudy, for closed down or open aperture.Estimates vary as to what the actual f-stops are for the Holga. I’d estimate mine to offer maybe f8… and f11… ish. There’s only a single shutter speed and there’s no real way of knowing what it is and no doubt it’ll change over time as the spring/bit of wire gets worn.

I tend to stick to black and white films when shooting with the Holga, and I’ve found Ilford HP5 developed as either 1000 or 1600 gives me the tones, contrast, and grain that I like.Shooting slower film or developing HP5 at lower ISO I wasn’t getting as much punch to my images.

This camera is undeniably cheap in every sense of the word. But what it brings to the table transcends tawdry concerns of money or quality. Most of the time, photographers are looking for cameras that give them additional features, controls, or settings, but the Holga has none of that. In fact, THAT is its feature. It’s more of a mindset thing. Without the confusion of dials, buttons, and switches to get in your way, you are really only left with one option: point the damn thing at something and shoot! The (fantastic) challenge is whether you can make an interesting image under those constraints. I love it! I am officially a Holga convert, and the best part is that I am not going to go broke in the process!

I can quite happily sling the Holga over my shoulder in horrible weather and not give a hoot about the rain damaging the workings of the camera. If i’ve done my job with the 99p worth of electic tape sealing up the camera to make it properly light tight, then water shouldn’t bother the inner workings at all. And anyway, if it does, it just adds to the charm, right?

In summary, I would heartily recommend you try one. Yes, you will take some shots with the lens cap on. Yes, you will make more than a few unintended double exposures. Yes,you will spend more on electrical tape to seal it up than you paid for the whole camera.And yes, you will enjoy every second of shooting with it! 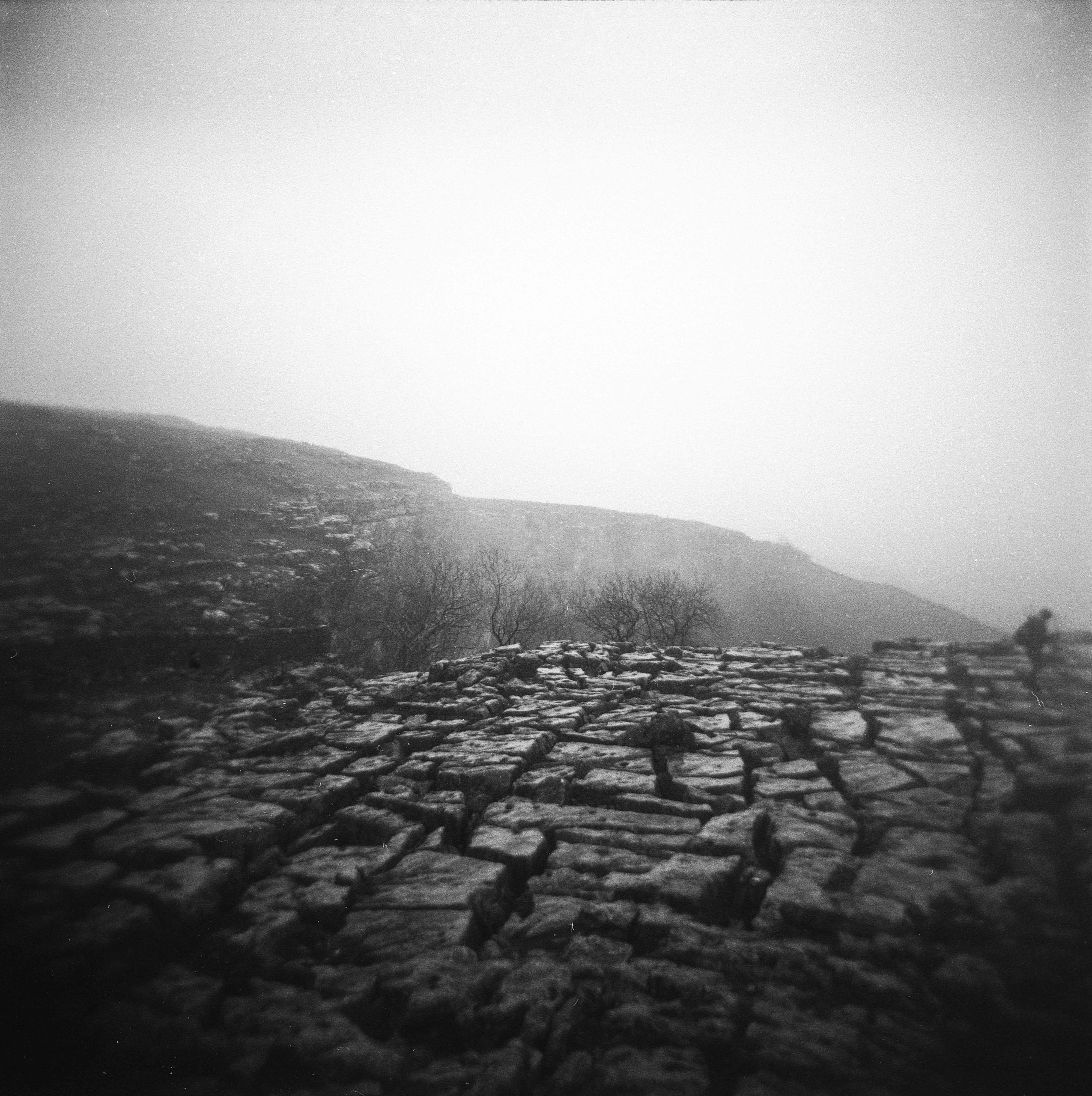 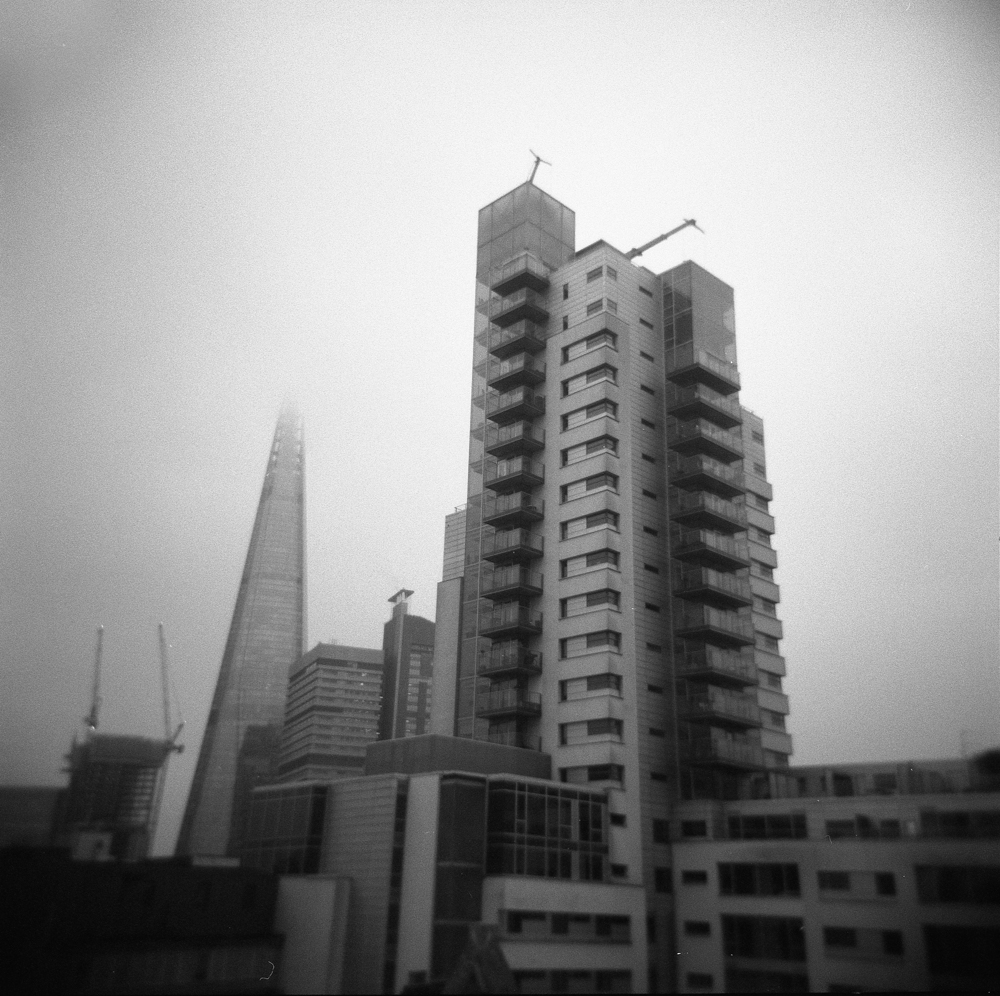