A Morning with Jeanne Adams at Point Lobos:
In the Footsteps of Ansel Adams & Edward Weston

When Marwan El Mozayen and I were invited to visit our friend and SilvergrainClassics contributor Manuello Paganelli in Carmel, California, I honestly had no idea what awaited us.  I vaguely knew that Clint Eastwood had been mayor of the city, that the Weston Gallery was located there, and that it had a historical connection to famous photographers.  (I know the more knowledgeable among you are shaking your heads in disbelief— Really?  Not know Point Lobos?? Did you grow up in hole in the ground??)

By the time we arrived in California, I knew a lot more than when I started.  Mary Street Alinder’s wonderful book, Group f.64, and many hours of other research had given me a solid grasp of the basics, and I was eager to fill in the gaps.  Both Ansel Adams and Edward Weston lived in Carmel, and many of their best-known works had been made in the area around Carmel and in Yosemite National Park, which is a few hours’ drive to the East.  The two iconic photographers had been good friends during their lifetimes and supported each other in a really extraordinary way.  (If you’d like to know more about their friendship, my article about it is in Issue #6 of SilvergrainClassics.)

But there are some things that books just can’t prepare you for.  Our walk with Jeanne Adams was one of those things.

Right from the start, I was impressed by her “I take everything in my stride” attitude.  When Manuello told us that we could join her for her early morning walk at Point Lobos, I envisioned a gentle stroll along a paved path with frequent stops on benches to enjoy the view— Jeanne is around eighty years old.  But when we walked away from the parking lot onto a narrow gravel trail that wound around boulders and up and down steep hills, I found myself just able to keep up with her!

We certainly were not the first visitors she had given her personal tour to, and it was fun to watch her enjoy challenging us to walk on our own and spot things.  “I like to see what people notice when they are here for the first time.”  It was slightly intimidating, honestly; a little like being asked to comment on a revered teacher’s favorite novel that you had just started reading.  She listened patiently while we commented on the interesting rock formations or the twisted shrubs, and she sometimes provided us with interesting tidbits about various points of interest.

But she was obviously waiting for something. 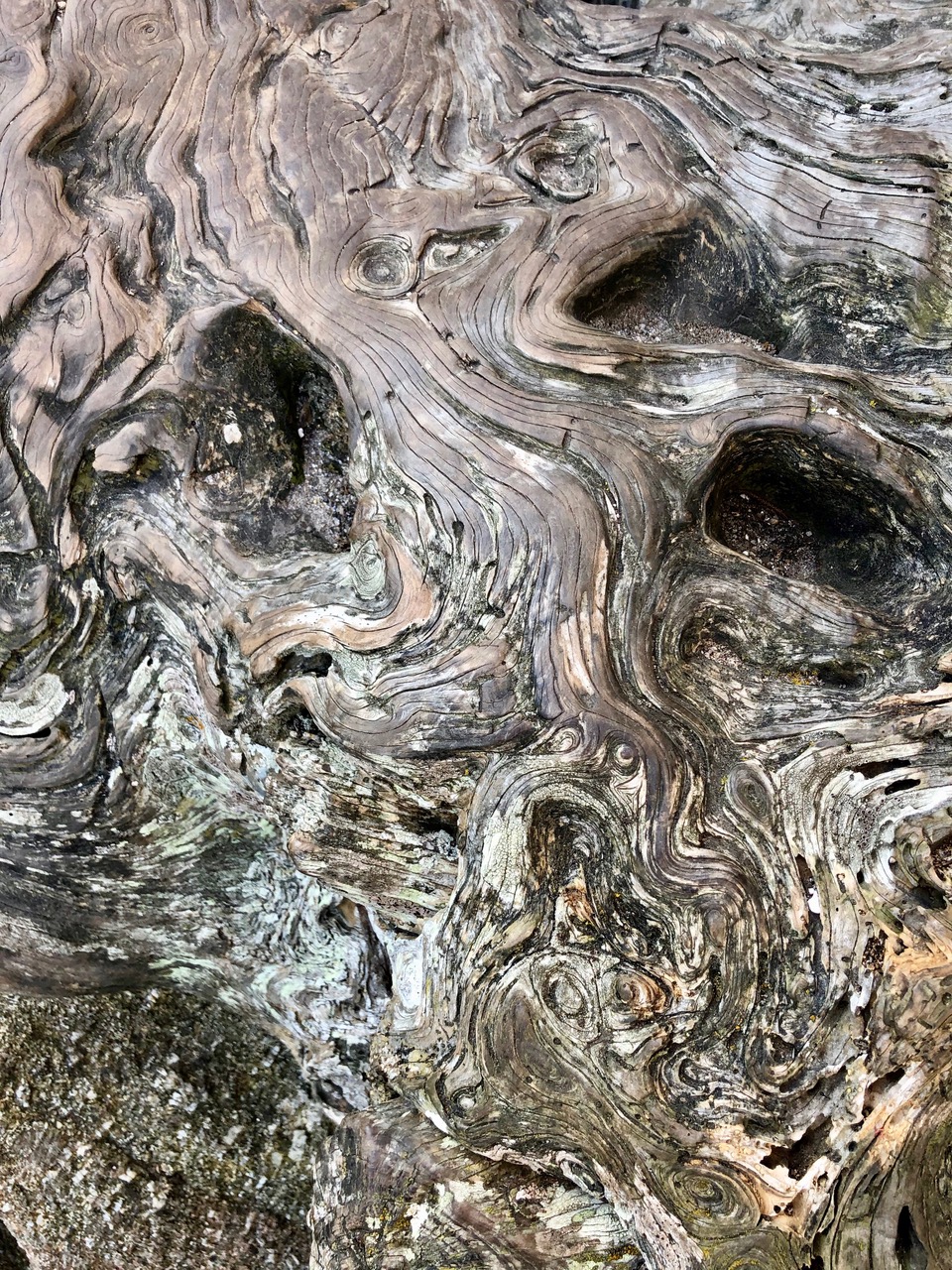 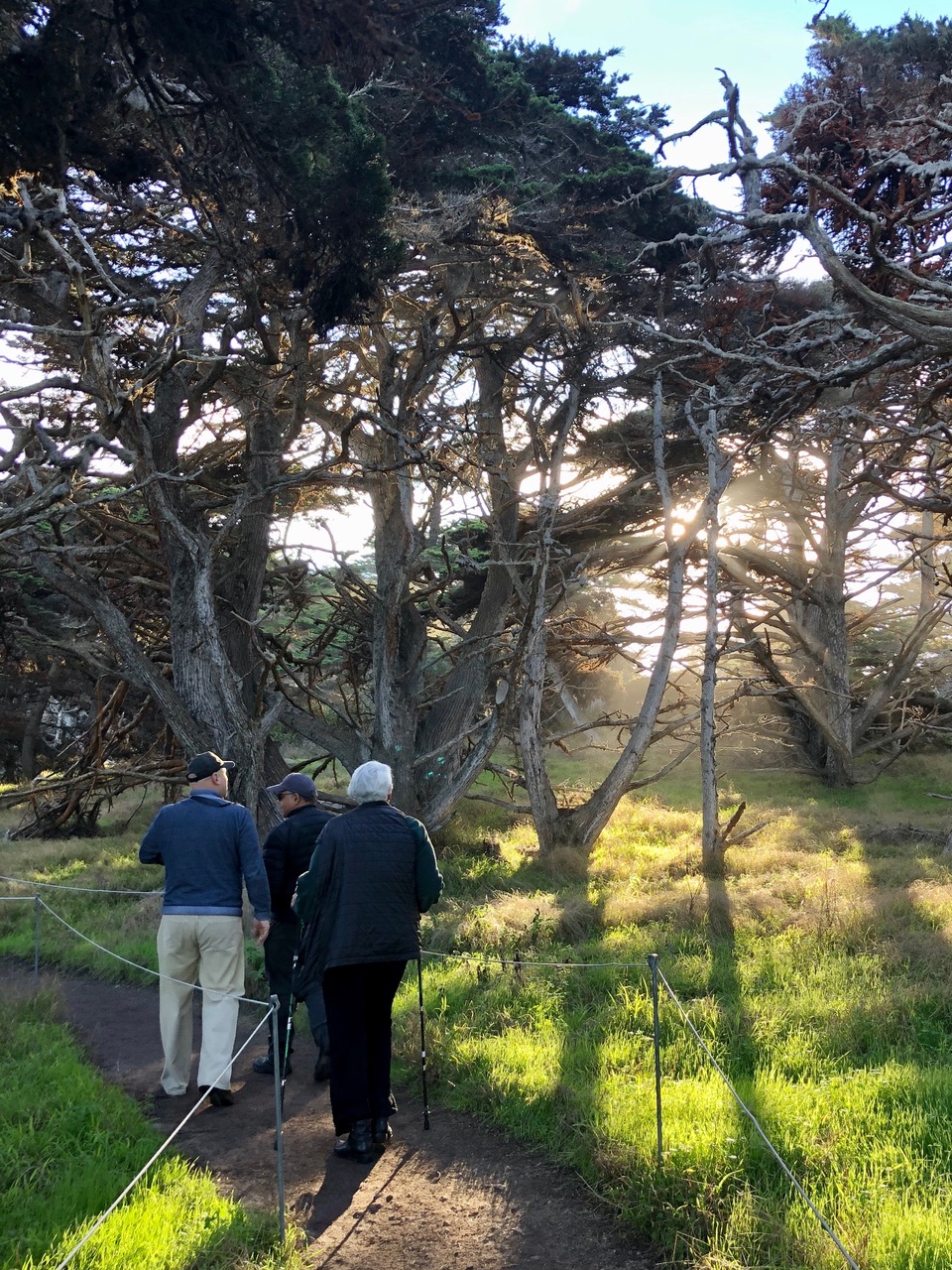 After we had walked for about fifteen minutes she stopped and called us back from where we had been examining a nice view of the ocean.  “Now, you are supposed to be able to notice things, you are a photographer!” she said to Marwan.  “So, find me a flat tree.”  Her eyes sparkled mischievously.  Marwan and I looked at each other.  “Um, excuse me, did you say a flat tree?” we asked.  “Yes, that’s what I said,” she replied.  “Now look around.”

While we looked, she made small comments.

“You may recognize this tree, Edward photographed it several times.”

“I always think this bit of rock here looks a face; do you see it?”

“You know, Ansel and Edward both loved Point Lobos.  But it was Edward’s territory.  I have often wondered if Ansel didn’t make too many photos here because of that…”

After we pointed out a few things we thought might be “flat trees” (but none of which really were) Jeanne took us just a few steps to the side.  And there it was— a flat tree!  I’m not going to spoil it for anyone.  You must go there yourself and find them.  There are several.

Jeanne’s tour made us aware of Point Lobos in a unique way and helped us feel the footsteps of Ansel and Edward on the path.  Our walk was the perfect start to our journey of discovery in the area.  It was an enormous privilege to be guided by members of the Adams and Weston families during our stay in Carmel, and it gave the trip a true once-in-a-lifetime character.